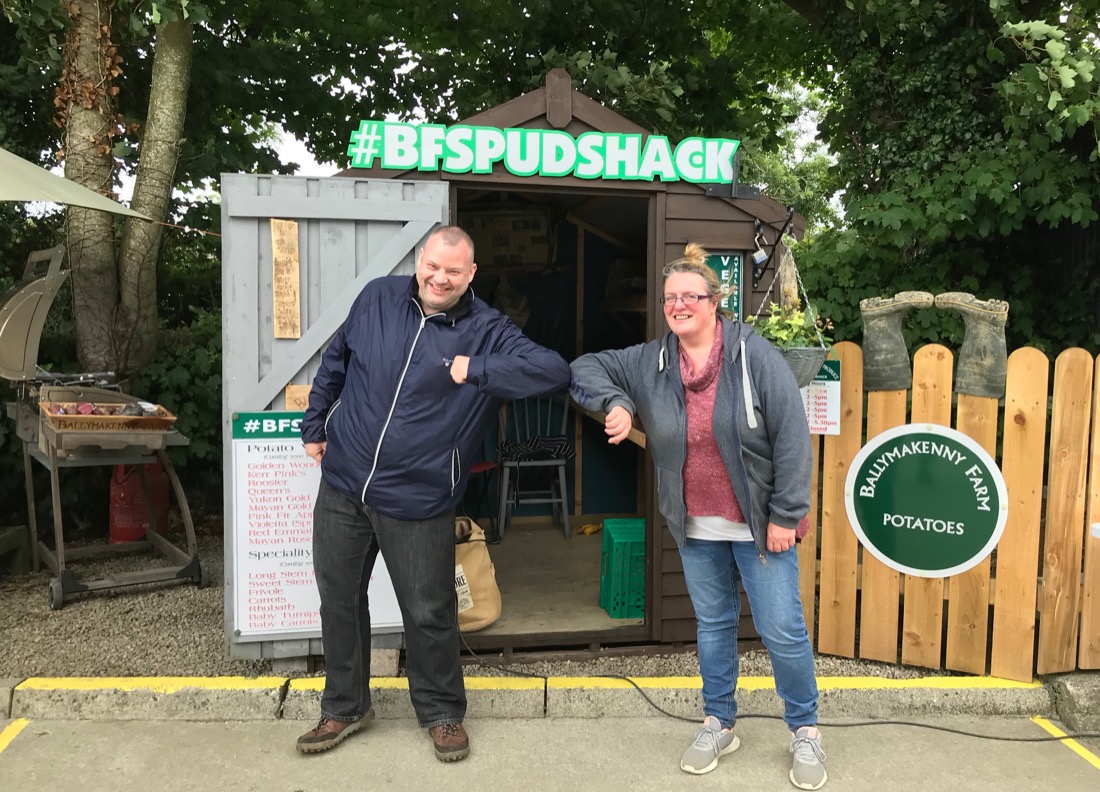 “When you start thinking differently it clears the way for good things to happen.”

Words to live by from producer Maria Flynn, proving as relevant now as when a switch to growing heritage potatoes helped dramatically improve the fortunes of the family farm she runs with her husband David.

More recently the onset of Covid 19 forced another pivot, with many of the restaurants the couple supplied being forced to close just as their first crop of potatoes was being harvested. The intrepid Drogheda woman acted quickly, launching a new website while accelerating assembly of The Spud Shack, a new drive-in farm shop.

A nationwide online ordering and delivery service swiftly followed, as early visitors snapped up the chance to savour the flavour of unique heritage potato varieties such as Mayan Gold and the colourful Purple Violetta. 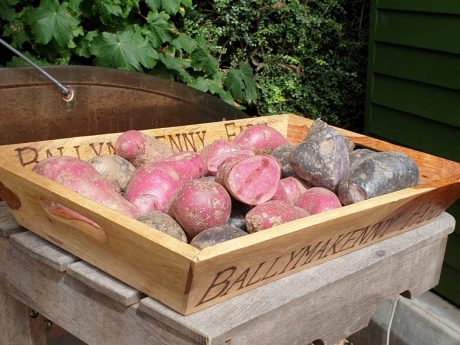 Not one to rest on her laurels, Maria has taken to hosting #ChefattheShack featuring bants, craic and some culinary surprises from chefs such as the inimitable Gaz from Michael’s, all while waiting to harvest the next batch of spuds, even as the long-stem broccoli season begins to get into its stride.