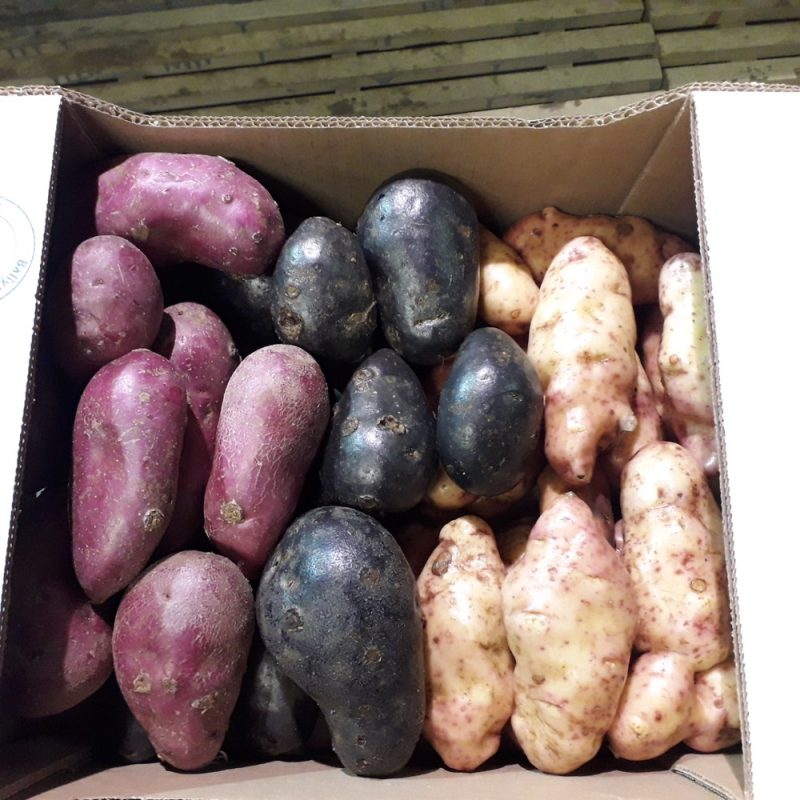 Ahead of the start of planting season this month, grower Maria Flynn talks to us about her innovative produce, currently adding vibrancy to plates across the city.*

What first inspired you to start growing purple potatoes?

My background is probably as far away from farming as you can get. I left Ireland in the ‘80s to work in finance in London. When I eventually came back home, I met David and we married. His father was a potato and grain grower, and when David took over the farm in 2007, he continued to grow those crops. In the first few years some very bad weather ruined a number of harvests, what was being spent wasn’t coming back in and things just weren’t coming right for us. I’m quite a strong person, but it was getting on top of me and I knew we needed to try something else.

I remember speaking to a vegetable grower who thought there was a market for growing something different for chefs. I’d always enjoyed good food and I decided that if I was going to do something different, we might as well do it very different, so I settled on growing purple potatoes. The quality of what chefs are doing in this country in recent years has grown a huge amount, and I wanted to give them something else to play with, that would look well on a plate aesthetically.

Tell us about more about the colourful vegetables you’re producing.

Purple potatoes have actually been around for a long time, but the vast percentage of people that I speak to have never heard of them. The Pink Fir Apple variety that we grow is a heritage potato that goes back to famine times. Violetta and Red Emily, our speciality potato varieties, are only there since 2011, but actually one of the parents of the Violetta dates back to the 1800s. 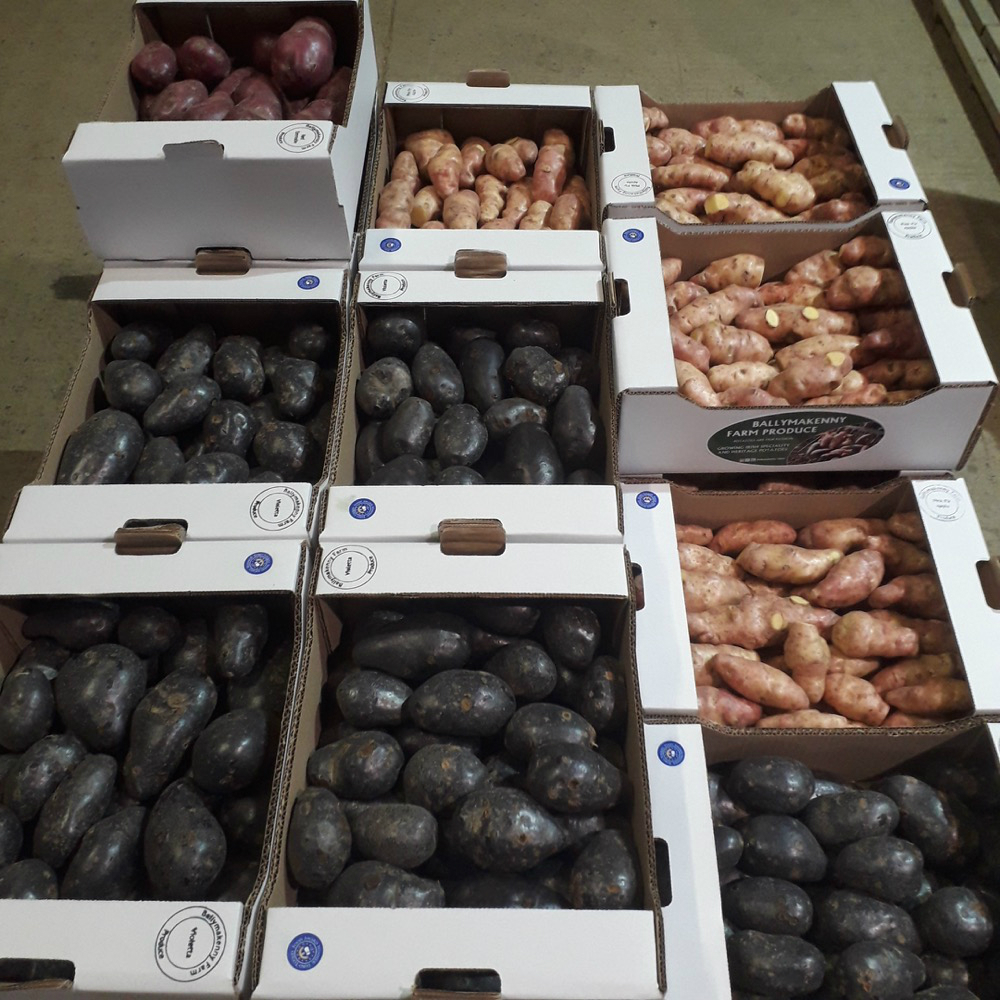 If you keep potatoes in storage all year round the taste changes, so I keep our potatoes seasonal. Because they’re only available for half of the year we started growing long stem broccoli to keep the income coming in through the summer, and then I discovered kalette. The first year we grew them I had to convince the chefs to use them and last year we sold out. We’ve also done trials with sweet stem cauliflower that worked really well, so I’m hoping to grow more of that this summer.

How did you manage to develop your working relationships with chefs?

We set up a Twitter account and a Facebook page and I started talking about my potatoes and posting some pictures of us planting them. Then I went into Scholars Restaurant in Drogheda and the chef at the time, Michael Hunter, said if you grow them I’ll buy them off you. The enthusiasm of Keith Boyle, a chef in Waterford, also gave me a spur on and then gradually more chefs started following me.

With Twitter I didn’t overthink it and I never had a strategy. It was just me being honest and saying, “I’m going to work really hard to do this produce the best I can, so please buy it”. And I think people get that. A chef once said to me that he feels when he buys my produce he knows where the money is going, and social media plays an integral part in developing that relationship. Now on a Saturday night the phone is beeping with chefs across the country putting up pictures of dishes using our produce. It’s instant gratification! We’ve also had enquiries from a couple of chefs in London who like what we’re doing and want to sample our vegetables. How amazing is that?

How easy was it to get the business going?

The biggest challenge was that nobody believed it would work, or that anyone would buy purple potatoes off us. They were laughing at me in the beginning, and I found that little bit annoying, but I got off my ass and tried something different against the odds, and it started to work. When you start thinking differently it clears the way for good things to happen. Now we’re in a much more positive state of mind, chipping away every month, working really hard to sell what we need to sell to keep going. I did nearly get pushed over the edge because of the stress of the farm and I don’t see any shame in saying that. I know it’s tough for any small family farmers that are struggling out there, but there’s always hope, and I’m always at the end of a phone if anyone wants to reach out to me.

What else do you have planned this year?

We got rid of all the big machinery so what we’re doing is much more labour-intensive now, but we’re actually farming smaller and smarter and going back to the way of farming where you’re earning your monthly money, not waiting for big cheques to come in. After St. Patrick’s Day we’ll be planting our potatoes and this year we’re going to use farmyard manure instead of chemical fertilizer. It’s definitely better for our land and much more sustainable for the soil. It’s all hard work, but we are getting huge enjoyment out of it. I love growing and my dream is to have a polytunnel here and be constantly coming up with new ideas. That’s my thing.

You can find Maria’s produce in Avoca Monkstown, Kilmacanogue, Dunboyne and Ballsbridge and in small independently owned greengrocers such as The Village Butcher in Ranelagh, Fruits for U in Naas as well as in Dublin restaurants including Peploes and Bang.