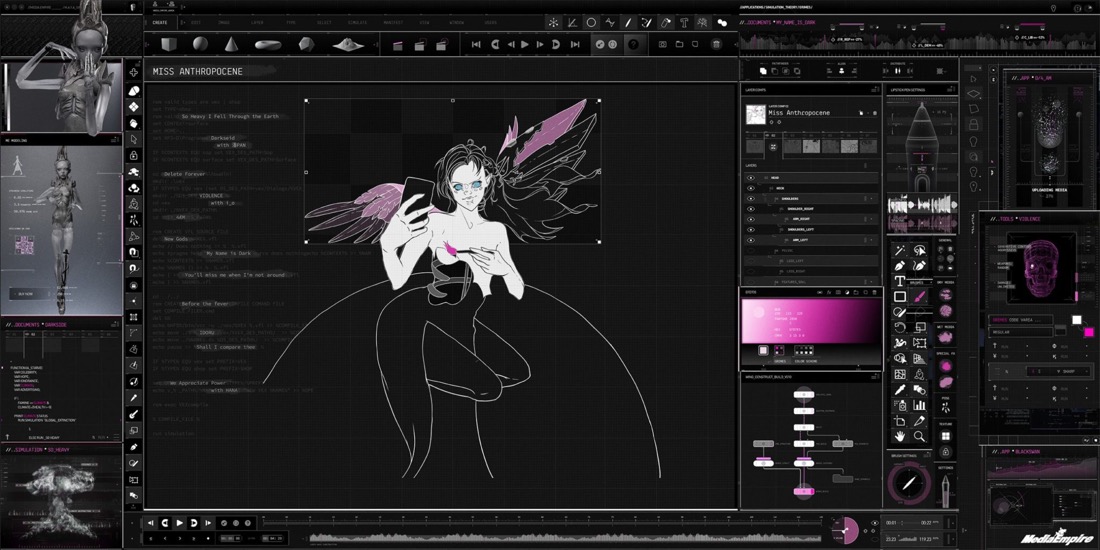 Five years on from Grimes ascension to the electro pop throne on Art Angels, Claire Boucher is back with a vengeance on Miss Anthropocene. While her 2015 landmark album perfected Grimes’ gift for combining pure pop melodies with a hardcore electronic aesthetic, Miss Anthropocene is a darker and more subtle affair, weaving a host of curious samples and sounds featuring everything from Bollywood samples to banjos.

These kinds of seemingly disjointed styles could only find harmony when stealthily layered under Grimes’ unique brand of dreamy synthpop, which simultaneously explores soft and sinister territory throughout these 44 minutes. Boucher alternates between accessible and alienating as skilfully as ever across 10 tracks – for all the chilled vibes of the euphonious Delete Forever and Violence (a concept track about humans abusive relationship with Earth which boasts an infectious beat despite its potentially hokey theme), the 31-year-old retains the whale song vocals and industrial ambience of her early years, best exemplified on ominous opener So Heavy I Fell… and lead single, 4ÆM, a self-professed ‘cyberpunk interpretation’ of Bollywood film Bajirao Mastani.

Ultimately, the idea of Miss Anthropocene as a concept album about climate change never really translates due to its vague execution, yet while the message may be somewhat lost, the music never fails – this is the euphoric sound of a visionary artist still at her undeniable peak.