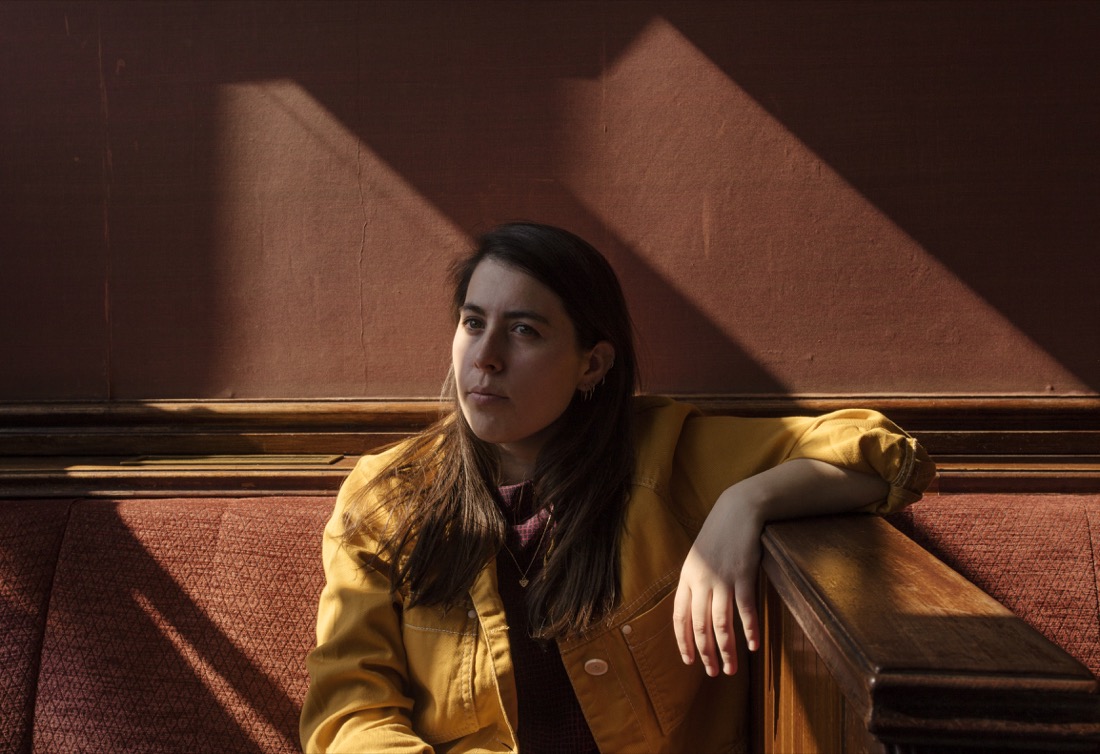 “I have nostalgia for stuff that is happening right now. I really do!”

Sorcha Richardson’s debut First Prize Bravery is a record not only torn between two places but two perspectives. A measured collection of evocative and honest reflections born of Richardson’s decision to return to the city she calls home; in a sense, Richardson’s debut is a study in short term nostalgia, an exercise in unpacking her own changing attitudes toward the various places she has come to call home, adopted or otherwise. Born in coastal Dublin, Richardson upped sticks for New York at the tender age of 18. Her intentions? To study creative writing. The outcome in actuality? The beginning of a musical career that has garnered the emerging singer-songwriter with a veritable cavalcade of critical plaudits, perhaps most notably a nomination for the Choice Music Prize. 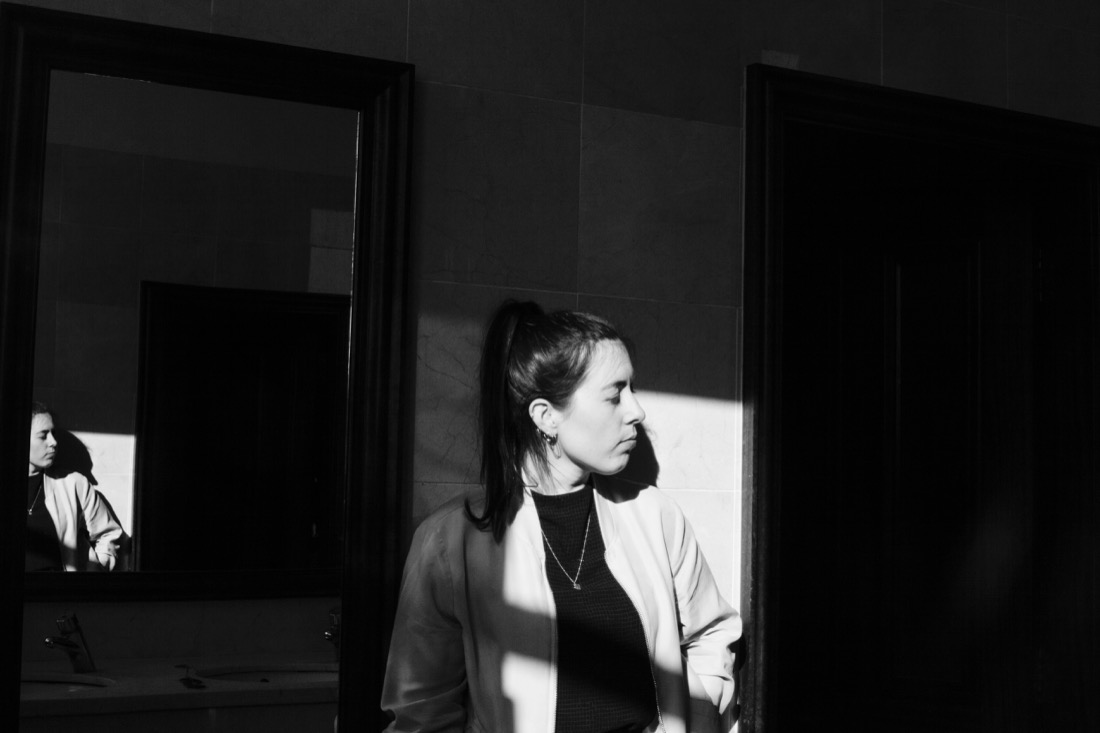 Having begun as a drummer, as Richardson explains, her arrival in New York also marked the beginning of the young musician’s metamorphosis into a singer-songwriter in her own right.  “When I moved to New York, I couldn’t bring my drums. So I started singing, which I’d never really done before,” begins Richardson. “I was in a choir in transition year but I only ended up there because I was sick on the day we picked our classes. When I went in on the Monday it was all that was left – I hated it. When I arrived in New York, there was a guy in my dorm called Constantine and he turned his room into a studio, basically. We used to record demos together and I think, because I didn’t know anyone, it was first time that I wasn’t embarrassed to say that I was a singer. People at home knew I wrote songs, but they’d never hear them, I had no desire to be the person singing them.”

Be it the inspirational nature of her new surroundings or simply a certain brashness born of the fresh start, Sorcha’s arrival in America heralded a new phase in the budding artist’s development. “[When I got to New York] I knew I wanted to do something and that I wanted people to actually hear the songs. Constantine and I used to record it in his bedroom. Then, he’d send the recordings to everyone in the dorm. I’d hear them coming out of people’s bedrooms and stuff. I remember there was one song we recorded where I’d only done the vocals for the chorus but everyone in the dorm knew every word, I’d be coming home from class and hear it coming out of somebody’s window.” 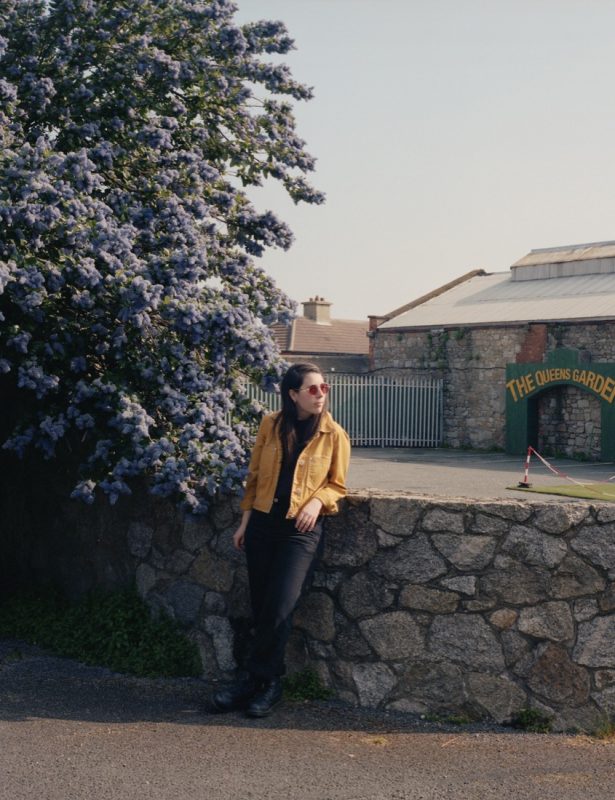 The approval of peers served as a vital vote of confidence for Richardson but that isn’t to say that the Dubliner’s misgivings disappeared overnight. “A bunch of my friends in my dorm used to put on art shows and they would ask me to sometimes play a set at their events. There was a lot of that kind of stuff, but I didn’t really like performing at all – it was still so scary. It took me a long time to get over that.” Anxieties aside, the one thing this flurry of recording and performance confirmed beyond doubt is that Sorcha had little desire to pursue creative writing as a career. “By the time I got to the last year in college I knew that I definitely didn’t want to write a book. It was very clear to me then,” Richardson explains, letting out a certain wry laugh at the notion. “I don’t know, I liked creative writing, but I was never really considering it as a career. At that time, it sort of felt like a process of elimination. One by one, I was realising things that weren’t for me. After a while, it became clear to me that I just enjoyed making music more than anything else. Having realised that, I decided I should stay in New York. I did open mics for a while, which were good because it meant I could tackle my stage fright. I used to do this open mic in a basement in the Lower East Side. It was like a circus! I’d go and sign up at 6pm and then they’d pull your name out of a hat to see what time you were going on. Your slot could be anywhere from 7pm to 4am – it was chaos. I went there a couple of times and then realised that my career isn’t going to take off from the basement of this bar. But it was a really great learning curve.”

Ultimately, the journey towards First Prize Bravery began in earnest when Richardson came to realise how essential collaboration is to her own process. Following on from the college friends that assisted in her first demos, Richardson fell in with a collective of likeminded musicians in the city before ultimately teaming with her trusted producer Alex Casnoff. The value Sorcha puts on these relationships is apparent simply by dint of the regularity with which she praises her coterie of collaborators. An opportunity to share any and all praise with those who helped her along the way is never missed. Notably, this is an approach that simply can’t be indulged in creative writing; an artform solitary almost by definition. Though, when this is posited, Richardson herself says she never really considered the relationship between the two mediums in those terms. “I’d never really thought about it like that, you’re probably right,” begins Richarson. “I also think that I’m a much bigger music fan than I am a literary fan. I read! I love to read but I’m not obsessive [about literature] like I am about music. I remember one day I was listening to some song and I had this epiphany that it’s insane that the thing I’m most obsessed with, I know how to do it. Like, I don’t know how to make a movie. But I could go into my room and take a few couple hours, record on my phone and listen to something that I made.”

Sorcha seems to arrive at these insights organically over the course of our conversation, this real-time unpacking of her own process mirroring the reflective nature of her songs themselves. “I wrote half of the record before I left New York and half of it after I came back to Dublin. I knew that I wasn’t going to live [in New York] anymore, at least not for a long time; that part of my life was over. That thought was very consciously part of the writing process, it sort of felt like the closing of that chapter in my life. Part of why I wrote some of the songs was because I wanted to document certain days and nights and people and that type of thing. I think, sometimes certain things take on greater meaning because they can feel more sentimental after the fact; some random night out at a bar or whatever. You find yourself writing about that night a year later and the bar is closed down and you haven’t seen that friend since. These things take on greater meaning because your perspective has changed or just because of distance from the event. I have nostalgia for stuff that is happening right now. I really do! I don’t know if it’s because I write songs or what but sometimes something will happen and to somebody else it might feel like an inconsequential thing, a nothing, a passing moment. But sometimes, in those moments, I feel this great sense of ‘I’m going to remember this.’ Those moments in life, to me, feel really important. Just driving somewhere in your friend’s car or a day where you just do nothing in somebody’s garden. It’s not these huge, monumental, catastrophic things that make up your life, it’s the other, more quiet moments that really last. I think a lot of this album was me realising how important those moments are. Not that you should cherish them, but they are the ones that you will remember, even if they look inconsequential to somebody else in the room”. 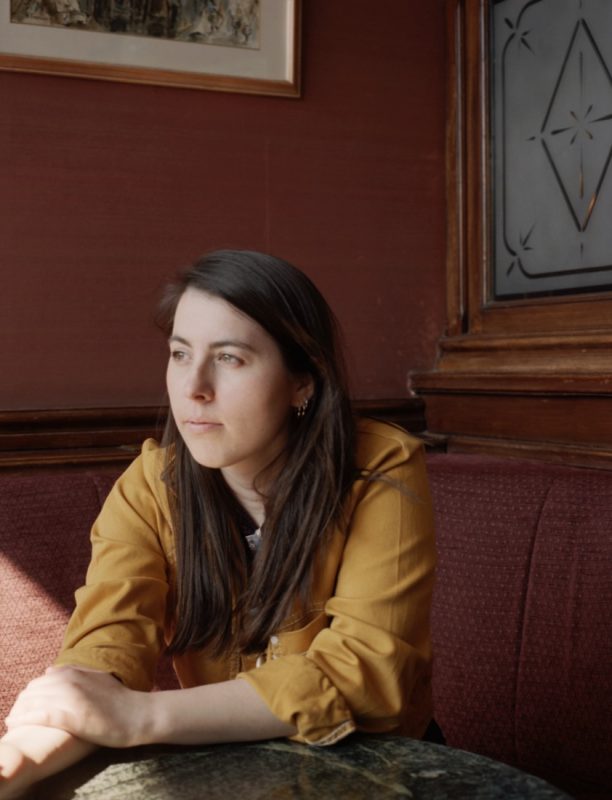 Affording these moments a public airing – be they inconsequential or otherwise – isn’t always easy though, as Sorcha herself has come to realise. “Songs are like a thorn in your side and you could probably get rid of it by going and having a conversation with someone but sometimes that is too scary. One of the ways for me to overcome it – if there is something that I can’t ignore that is plaguing me – is to write about it. If there is a situation I don’t understand, or if I don’t understand why I feel the way I feel; I’ll write. That’s the irony of it, it feels like a safe place to express yourself and figure out your own emotions about a situation. But then, when you release it, it becomes a public thing and somebody can be like ‘So, this song…?’ and you have to talk about it on the radio. It’s like, ugh. If I’d just been more equipped to deal with that situation then I’d never have written a song about it and I wouldn’t be talking about that uncomfortable thing in front of thousands of people.”

With millions of streaming plays under her belt and the tidal wave of praise for First Prize Bravery showing no signs of let up, it seems like those thousands of interested observers won’t be going anywhere any time soon.

First Time Bravery is out now on Faction Records.