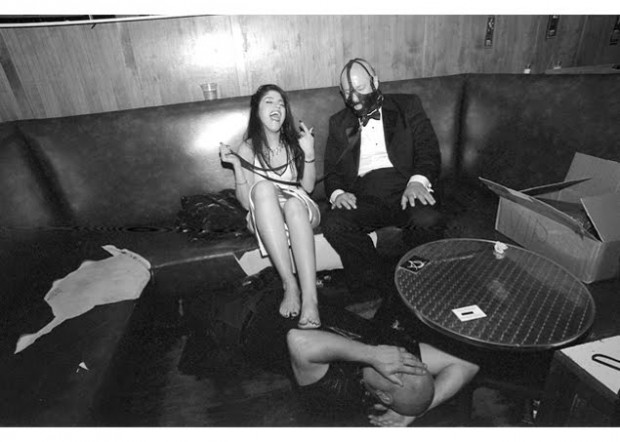 Lighting up a wintry midweek morning like fireworks on New Years Eve, this slice of funky house with a hip-hop heart was exactly what we needed to warm up the soles of our feet. Driven on a slick beat and some jacked up vocal samples, Lemonada joins the dots between house warmth and the beat-tape cut-up aesthetic he’s most known for. In fairness, it’s just one highlight from an excellent volume of tracks that the Dubliner dropped – for free – the other day. Get it all over on his Bandcamp. Lucy is head of the well-regarded Stroboscopic Artifacts label in Berlin, home to some of techno’s most interesting experiments over the last few years and purveyor of a very refined and considered but adventurous sound. On the original mix of his newest 12″, he whips up a subtly complex storm with several concurrent tempos and awkward shits. Pariah smooths it out on the remix, finding the banging heart in the middle of all this experimentation and dragging it kicking and screaming to the floor.

Album: Drexciya – The Journey Of The Deep Sea Dweller III

Kind of cheating with this because it’s a reissue but who would begrudge us the opportunity to mention the great Detroit electro duo? Clone continue their top quality re-issue series with a third instalment of Stinson’s output, this time focused mostly on material from the 90s. There isn’t really a dud in the Drexciya catalogue so this is really just another stellar collection of sub-aquatic electro that beats in ways no one had even considered up to this point. Essential, as always.

You can stream the whole thing now over at RA.

Despite Actress’s proposed appearance in the Button Factory (if he show’s up), we’ll have to give the weekend highlight to the Dutchman instead. One of the most versatile DJs and producers in the business, he has mapped out a new territory between the dubstep revolution and old school Chicago sounds. He’s apparently on more of a house tip these days so you can expect some proper jackin’ beats alongside some of the most forward thinking sounds around.

Details and tickets over at Bodytonic, and check out his recent(ish) Essential Mix for the BBC.