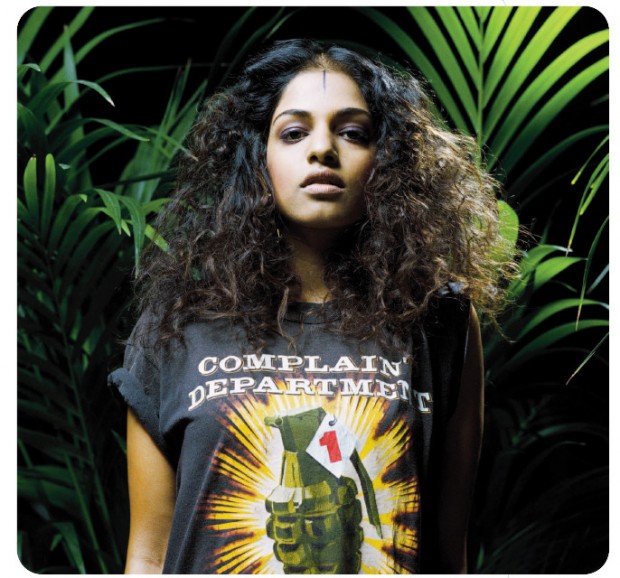 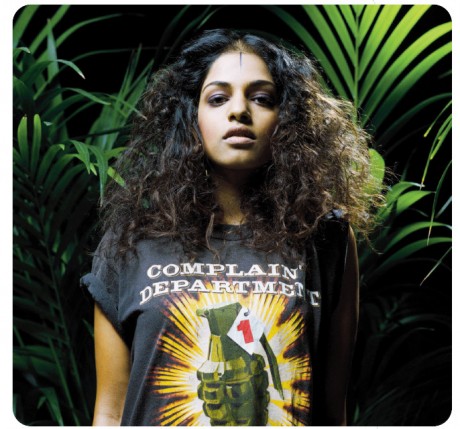 Totally Dublin turns 100 next month, and we’re celebrating by dipping our fingers into our dusty archives to feature our best articles and give you a little snapshot of that month in Dublin. This article is one of the 1000 features that went around the world promoting MIA as not just the next-big-thing, but Genuinely Important.

Cover: Alternative Miss Ireland
In the reviews: Supersize Me, LCD Soundsystem – LCD Soundsystem, Arcade Fire – Funeral
On our mind: “With a herb tea for her, the final reckoning would have been a very reasonable €110.” – John Wilson’s Celtic Tiger idea of reasonable dinner prices.

Maya Arulpragasam’s childhood was like a scene from Rajesh Touchrivers film In The Name Of Buddha. She grew up during the civil war that lasted over two decades in Sri Lanka where her father fought for the Tamil Tigers. At the age of ten Maya fled the country with her mother and ended up in London.

Since then she has studied art at Saint Martin’s, hung out with England’s boring indie bands (“they buy the same clothes, read the same books and see the same documentaries”) and released two impressive singles – Galang and Sunshowers. M.I.A.’s music is a confident mongrel of Tamil folk music, dancehall and hiphop, and on the forthcoming album she has collaborated with Richard X, Steve Mackey from Pulp, Ross Orton of Fat Truckers and Philadelphia producer Diplo.

Aside from music, her videos sees her performing the coolest dances seen in years – her own routines “Mowgli”, “Crackhead” and the outrageous combo “Mowgli on crack”. When I recently met M.I.A., she told me her story. “The only way to handle everything I’ve been going through is to let creativity define my life. I decided to never involve myself in anything I didn’t feel very passionately about. And I was very focused on letting my music take priority. For six months I isolated myself in my flat with a four-channel portastudio. I didn’t let anyone know what I was doing, I didn’t tell either my family or my friends and became incommunicado. All I had was a bed, food and my music equipment.”