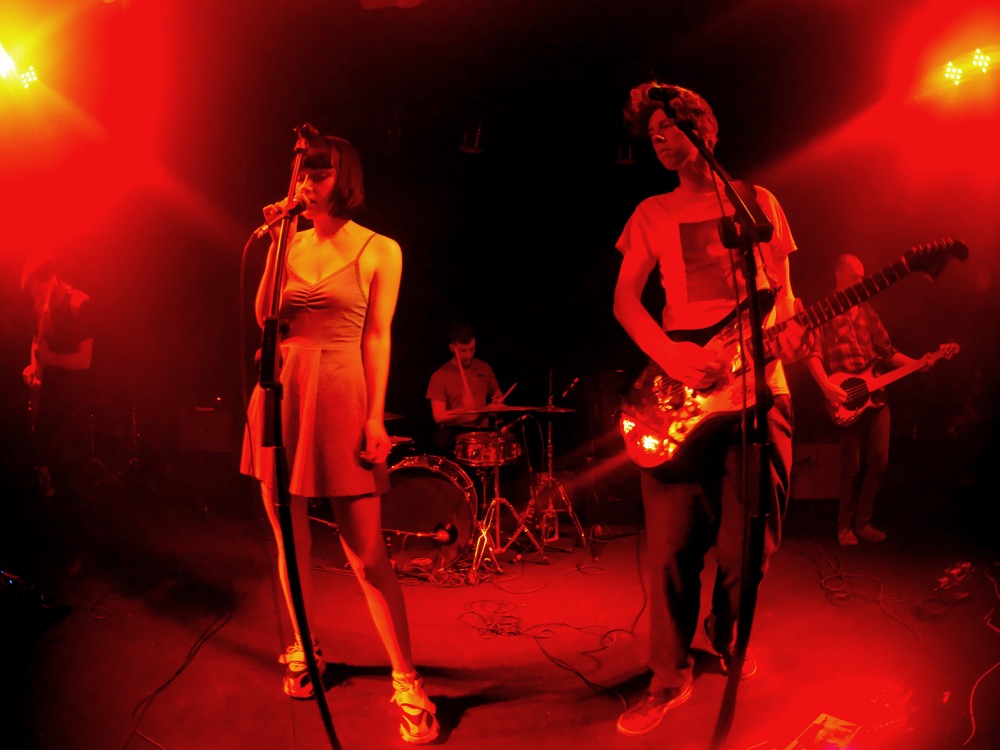 Landing on the shortlist for this year’s Choice Music Prize is garnering Dundalk act Just Mustard more attention for their magnificent debut LP.

“Have you seen Just Mustard yet?” has, over the last few years, become one of the more common utterances for those that concern themselves with the domestic music landscape. The Dundalk five piece – specialising in a satisfying brand of 90’s informed post-punk that flits between industrial clatter and ethereal shimmering – have fast cemented a reputation as one of the country’s most exciting emergent live concerns. The quintet’s underground credentials were only solidified with the release of their debut LP; Wednesday. The record’s eight tracks reveal a young band operating with an almost heretofore unseen degree of confidence and faith in their craft. The first release from Dundalk’s own Pizza Pizza Records, Wednesday isn’t afraid to flirt with less than en vogue touchstones, from Swirlies and Autolux to our own My Bloody Valentine and Whipping Boy. So, when this bruising, feedback swaddled release from an unknown indie label got the deserved (if surprising) nod for this year’s Choice Music Prize – we thought it best to reach out to the five Mustardeers – David, KT, Mete, Rob and Shane – to see how they feel about bringing some overdue spice to this year’s competition.

Can you tell me a little about how the band first got together? What have you been up to over the last few years as you worked toward your debut album?

David: We got together around 2016, we spent a while writing songs, put out some singles locally, but fairly morphed away from what we were doing then when Shane, our drummer, joined in early 2017. Since then we started writing a lot more fluidly and as a group began to create something we were all excited about.

KT: Yeah, we didn’t really get up to much until we released the album, other than writing and recording it. We’d only really played shows in Dundalk and the odd Dublin show. We’ve been going all over the shop since.

And all you guys are based in Dundalk? How do you find it as a creative space? Ever any temptation to move elsewhere?

Shane: I live in Dublin, it’s too expensive. I’m very tempted to move home to the jewel of Ireland that is Dundalk town.

KT: I wouldn’t be tempted to move anywhere myself yet – I feel very much at home in Dundalk. It’s a creative town, as a teenager all my friends were in bands or were artists, it would have been awful difficult to avoid doing the same myself! Just look at all the different artists coming out of Dundalk over the years, there must be something in the stout.

Mete: If you don’t do something creative like start a band you will go insane. You are also surrounded by other maniacs in the same position. So, all things considered it’s probably the best environment to write music.

How beneficial has it been to have a creative hub like The Spirit Store?

Shane: It has had a big effect. Getting experience and support slots in such a high quality venue when you’re starting out is very helpful. It is also great for meeting people as it’s where a lot of music heads in Dundalk go drinking.

KT: It’s great, Mark, Derek and Alan of the Spirit Store have been incredibly supportive of us from the start and really encouraged us to keep things going as a band. We are very grateful to them. 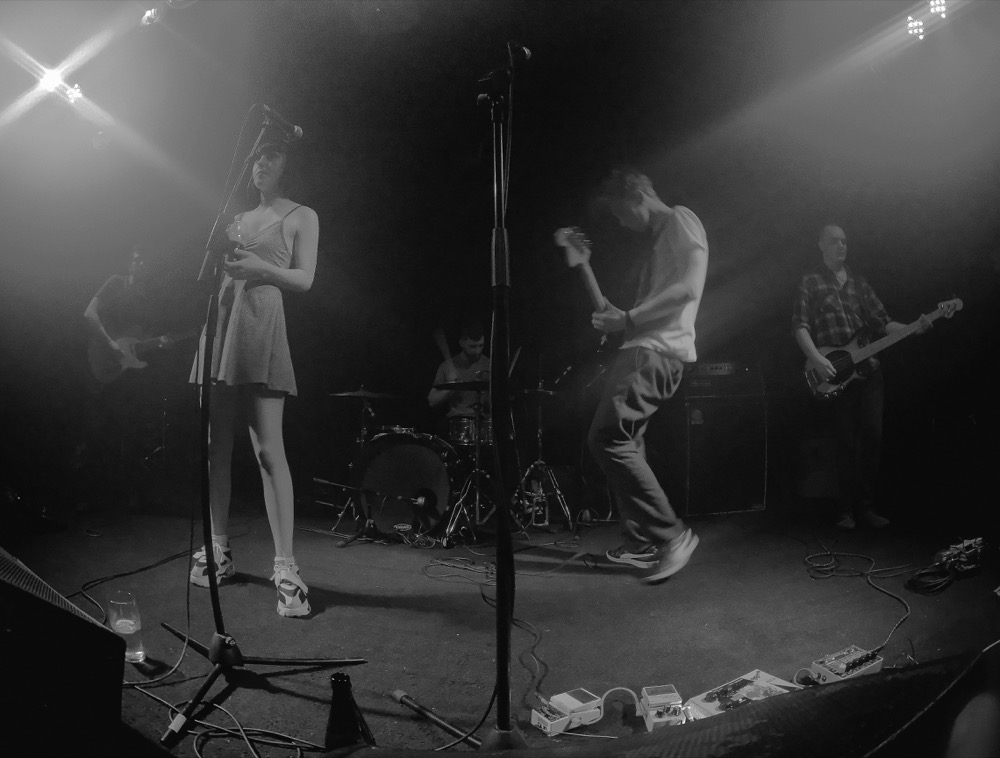 Mete: Dundalk is small but there are a lot of very talented musicians here, and most of them come to The Store for gigs. When your audience is packed with people who are more talented than yourself it really pushes you to write good music and to give your best performance.

How did you approach making your first album? Did you consider that the songs should be in conversation with one another or did you treat each track as an individual piece?

KT: Wednesday is more or less just a collection of the songs we had written at the time that we considered our best. We took our time with the album and allowed space for our sound to develop as we were recording. You could say every song is its own individual piece, we wouldn’t really be thinking of the other songs we have when writing.

David: We did make a conscious effort to make the whole album come together as one piece, sonically. We didn’t want to treat each song as its own single track in the mixing process, we wanted there to be a strong cohesiveness to the sound of every instrument on each song. We spent a lot of time re-recording guitars rather than trying to fit them in during mixing, we wanted to keep each instrument sounding as close as possible to the source recordings.

Are there any musical influences on the album that might surprise people? Any ideas that you applied to the recording that came from an unexpected artist?

Shane: Wednesday is very influenced by electronic music generally, at least on the tracks that were written later. We try to avoid copying ideas from a specific artist.

David:  …but that is inevitable on some level…

KT: A lot of influence is taken from film scores and how they build tension. We all listen to Campbell. But we’re definitely all mad into hip-hop, me and David shook Q-Tip’s hand once!

When did you first hear you were nominated for The Choice Music Prize? How did your families and peers react? Have you been getting some looks around town?

KT: I got a text from my boss about it and that’s how I found out, it was fairly wild, then my phone started buzzing as if I had friends and all! It’s so cool that we were nominated. I’m very happy about it, probably way too happy to be able to put into words.

David:  Bizarre, wasn’t expecting that at all.

Shane: We were shocked, it was very exciting. A lot of people were delighted for us, which is really nice too.

Mete: I avoid social media so I think I was the last to hear about it. I was at home cooking something and David sent me a message with the poster. I don’t think it really hit me until I told my girlfriend and her reaction really brought it home. The whole thing is still a little surreal to be honest.

Any other Irish acts you would have liked to have seen make the cut?

David: Elephant’s 88, should be there – it’s an amazing concept album by a very talented human. Also, Paddy Hanna’s Frankly, I Mutate, Arthuritis’ I’m Great and Trick Mists Both Ends are all fantastic.

How do you feel about the idea of “music prizes” in general? Is it beneficial to have art compete against other art? Is it a good way of shining a light on music coming out of Ireland?

KT: I’m really not sure how to feel about the whole thing, it feels great to be nominated for one of these prizes so I’m not gonna talk down on them. But, music is such a taste thing and everyone has different preferences so it’s really hard to make comparisons. And this should be obvious but nobody should make music to be rewarded by someone else, making the thing you wanna make should be rewarding enough. It’s an added bonus to be rewarded by someone else, but that shouldn’t be a reason to do it.

It seems more and more new Irish acts are coming from “Rock Schools”. How do you feel about that? As a band that has played at your fair share of showcases and smaller festivals – have you noticed the increase in bands coming from Rock Schools?

KT: Unless someone tells us they are from a “Rock School” I find it hard to tell. It’s easy to tell if promoters went to “rock school” though. 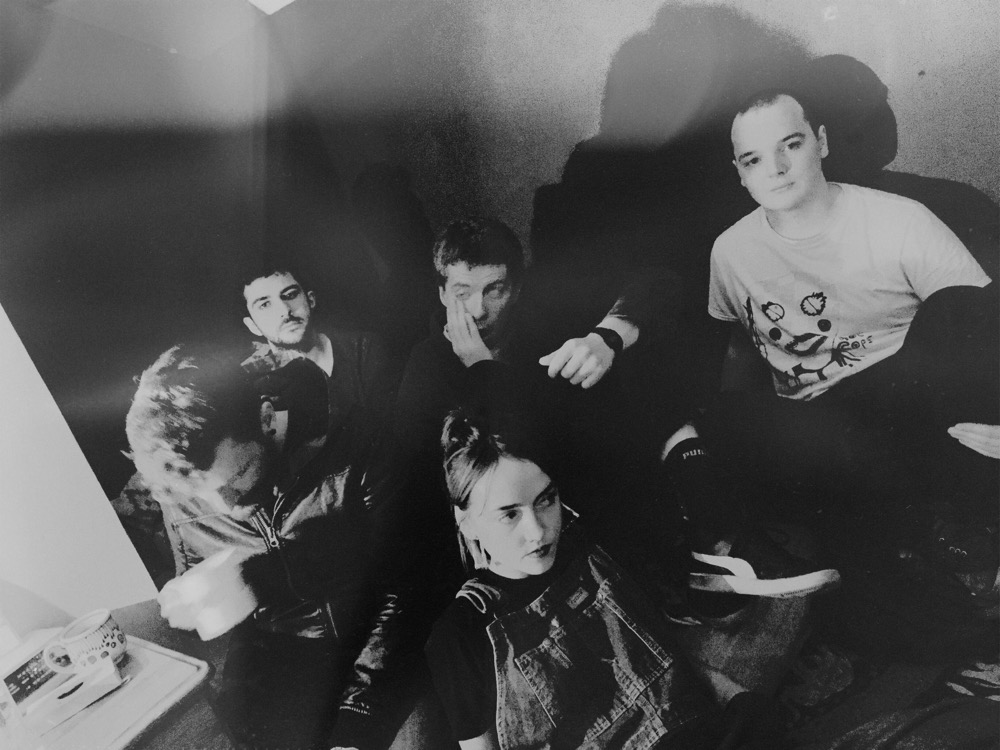 Rob: The more class Irish bands coming up in general – or from these institutions – the better, in my opinion. It’s a sign that their system is working and that their students are getting good information and support. It’d be an awful waste of time if there weren’t any bands like these emerging.

David: Whatever works. There’s no correct formula for how to start a band or a project. What matters is that they are honest and care about what they are creating. It would be great to see more DIY events and communities popping up to help grow artists independent of colleges and industry programmes, though. We try to do some stuff in that way with ‘Pizza Pizza Records’ and are really inspired by the likes of DIYLK Limerick.

Finally, with the potential of a big win on the horizon, has any of the band ever won any awards or competitions before?

KT:  I won a competition on SMTV when I was a child but they thought I was a boy. I think they misheard my name (Katie Ball) and thought my name was Paul? They sent me out boys’ toys which was really disappointing. So, I don’t really have any experience in the whole winning thing. I’m actually still raging about it.

They play the Workman’s Club on Saturday February 16, €10, and the Choice Music Prize in Vicar Street on Thursday March 7, €28.