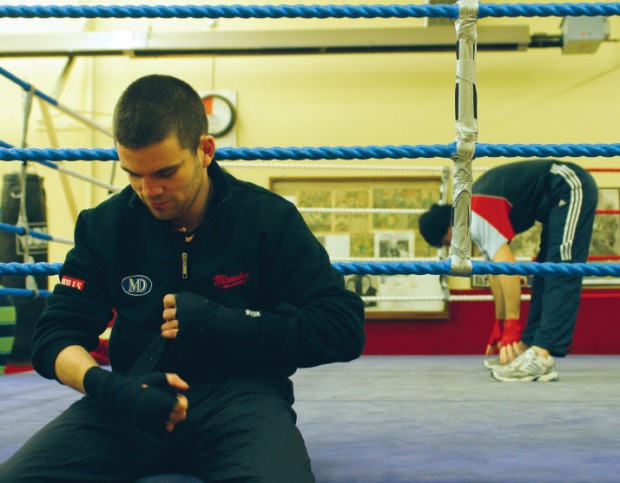 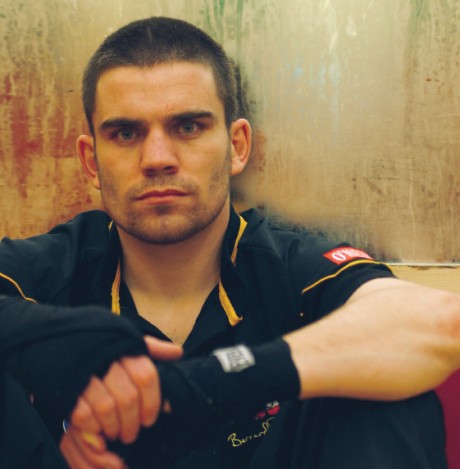 In the run up to our 100th issue, we’re picking out features from our archive stacks that may never have seen the light of day. This Bernard Dunne interview catches him at the height of his prowess, undefeated and headed towards a European title shot. He graced the cover and, for time context, Silent Shout by the Knife was impressing us in the reviews.

Bernard Dunne is Irish boxing’s great hope for the future. The Irish Super Bantamweight Champion is preparing for the biggest fight of his life, the European title, in autumn later this year. Sports critics have compared him to McGuigan, Collins and McCullough but his fans prefer to rate him alongside Tyson, Sugar Ray Leonard and Ali. In his last fight he beat his opponent so convincingly that he’s now considering retirement from the sport altogether. And no doubt by the time Bernard eventually decides to hang up his own gloves, he’ll have convinced an awful lot more fighters to reconsider their careers too. The 5’ 7”, twenty-six-year-old from Neilstown has a powerful left hook, a lightning fast right stinger and ambition so intense that nothing but total domination will satisfy him. He trains in a simple, lottery-funded gym in Ballyfermot Village – that’s where we met him, and luckily for us he was in a talking rather than fighting mood.

When did you first start boxing?
I started boxing from the age of five down in the CIE in Inchicore with my dad and Peter Perry. My dad boxed in the ’76 Olympics; if I hadn’t boxed I would have been kicked out of the house.

You can’t have always been a hard man. Did you ever get a hiding in school?
Never. I’d two big brothers to sort that out. And one of them is 6’ 3” so no one ever gave me any hassle. They both boxed up until they were seventeen and then they discovered women and drink and got into football. I discovered women and drink too but never stopped boxing.

Do hundreds of female fans chase you when you’re out in public?
Well I’m a married man. I married a local girl called Pamela and we’re expecting our first kid in a month. She’s always ringside, that’s a bit sadistic maybe, she’s not worried about me. She knows it’s just a sport and anyway, nineteen fights, nineteen KOs, she doesn’t have much to worry about, does she?

What’s the best place you’ve ever fought?
It was great fighting in the States and if you’re Irish you do get a good following, it really helps you as you get a lot more exposure. The black guys are the real flashy fighters and then the Mexicans are the rough ones and then you have me – a skinny white Irish bastard – beating the shit out of them all. In the States especially not so many white guys win boxing matches or compete at high levels anymore, it’s dominated by blacks and Hispanic guys now. But of all the places I’ve fought in, you can’t beat here with all the lads from the boxing club and your mates cheering for you in the crowd.

Do you ever meet other boxers outside the ring and want to hit them?
No. Noel Wilder and me went for a drink after the last fight we had, and I even met him before the fight and we were chatting away like mates. I’m a friendly boxer, there are some lads who just don’t get on with anyone, that’s fair enough, but all the talk and aggression before bouts is just to sell more tickets. I don’t need to do that to sell tickets. I’ve never been an uptight or an aggressive fighter, that is, of course, until the bell rings.