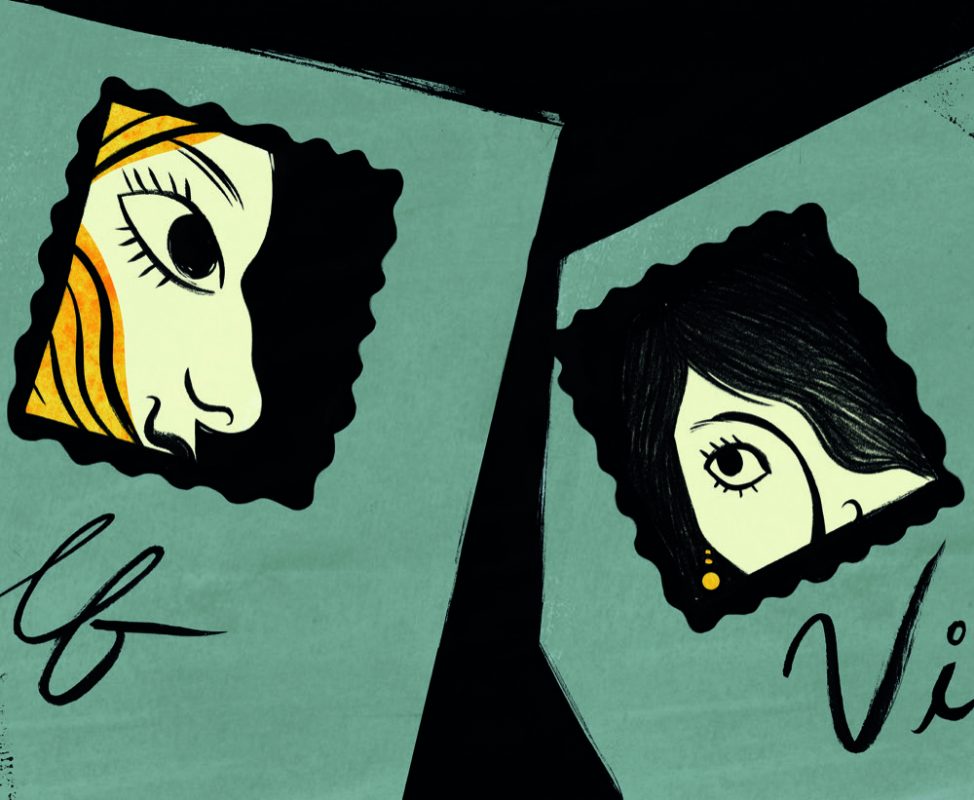 Vita Sackville West (Arterton), an aristocratic novelist, wants to make the brilliant Virginia Woolf (Debicki) her next conquest. The two run in very different circles: Vita is a diplomat’s wife, and, as a result, she needs to maintain their good standing in the eyes of society; Virginia lives with a bunch of bohemian artists in Bloomsbury, who enjoy a liberal approach to marriage and sexuality in general. Despite some initial resistance, it’s not long before Virginia is drawn into Vita’s orbit. Soon she develops an infatuation, which drives her to the edge of sanity, but also provides her with her most creatively fecund period, culminating in Orlando, which is a mock-biography based on Vita.

At first glance, this film might come over a little naff. The pulsating electronica score seems anachronistic and camp; gauzy visuals and flourishes of magic realism could be seen as a tad overdone.

But really, these slightly squiffy elements are a small price to pay, because this is a movie that risks ridiculousness in bringing the viewer something fresh. If you’re someone who likes films that defy expectations, you’ll likely get swept along.

When a film is as stylised as this, critics can jump to accusing it of being style over substance. This has already been the case here, with some claiming it’s all surface. This is patently untrue – there’s more complexity and depth here than most of the overwrought Oscar bait that’s pumped out every year, the film boasting brilliant performances from its leads. Their chemistry generates palpable heat – so much so that you sometimes wish the music would take a breather and stop underscoring everything. Arterton is beguiling as a socialite, who, in spite of her garrulousness, is willing to pivot into deeper matters now and again, and Debicki, as Woolf, exudes an indomitable hauteur one moment, and then birdlike skittishness the next (and unlike Kidman in The Hours, no prosthetic nose is needed to achieve this).

Every character has dimensionality. Even when the respective husbands start getting antsy about how all-consuming a love affair it is, their dissent is never caricatured. You can see where they are coming from, with Leonard Woolf coming across particularly well, concerned as he is about what a deleterious effect Virginia’s obsession has on her, and yet conceding that time with Vita can do her some good, overlooking the jealousy this awakens in him.

There were certain points when I feared the film would trip into more conventional territory – is Vita’s husband or her forbidding mother (Rosselini) going to become an antagonist, dragging this sensuous movie into rote us-against-the-world territory? Happily, this is not to be. The pain and twists merely come from the two main characters inner lives, the shifts in their regard for one another. Women this formidable aren’t about to let society at large stall them in living out the full expression of their feelings. Where the power resides keeps changing, sometimes in the middle of the scene, and it’s all through the dialogue – what the characters do to each other through their words. Novel and idiosyncratic, the film has a charged eroticism, but never loses sight of the practical contingencies of such an open love affair. When all is said and done, you feel stirred up and satisfied, having seen something that is a faithful depiction of a relationship, in all its agony and splendour.

A rather intoxicating film that’s very much itself. Sometimes, middling scores on Rotten Tomatoes suggest distinctiveness rather than mediocrity.