Cinema Review: Portrait of a Lady on Fire – Céline Sciamma 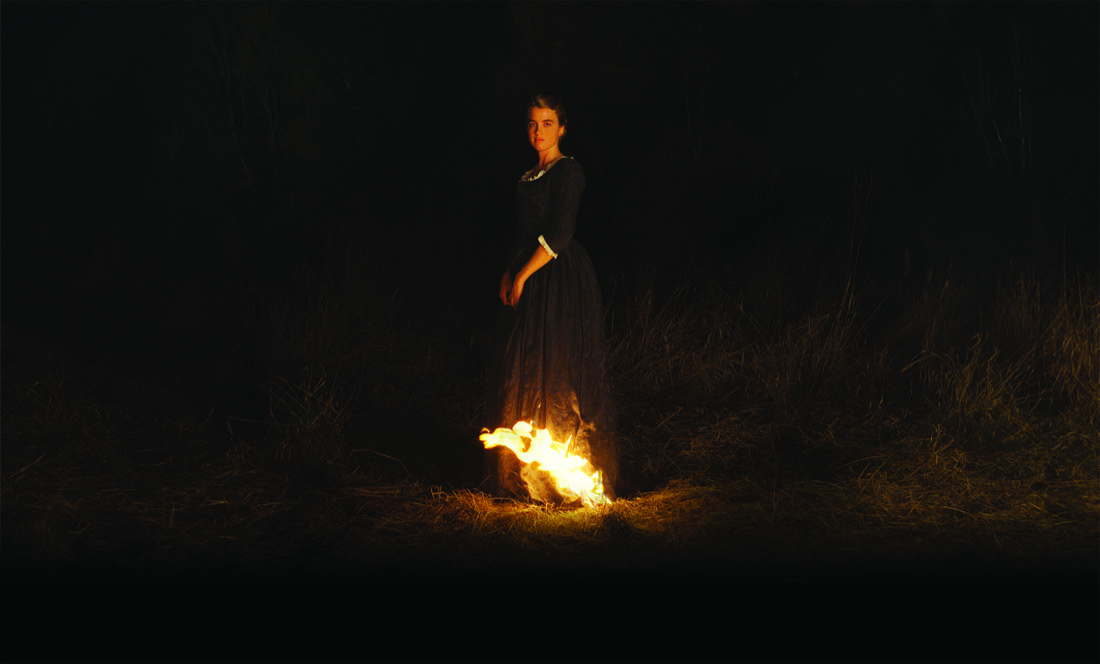 Restraint is the word which springs to mind in Céline Sciamma gorgeously evocative French historical drama. Coiled around the relationship between a painter and her subject, it teases and lingers whilst never loosing site of the unerring gaze cast upon beauty. The accomplished director (Tomboy, Girlhood) slowly layers and reveals her creation with delicate brushstrokes.

At the outset we witness an artist named Marianne (Noémie Merlant) undertaking a difficult sea voyage to reach an aristocratic family’s remote Brittany estate. There she encounters Héloïse (Adèle Haenel) who is on the cusp of being married off to a Milanese nobleman. Before the deed is done, her would-be-suitor requests a portrait. This is a task which has eluded previous artists tasked by her mother (Valeria Golino). Reference is drawn to the cliff-fall death of Héloïse’s sister who was about to be married. The family’s young maid, Sophie (Luàna Bajrami), believes this was to avoid that sentence. The relationship between Marianne and Héloïse must, at first, be couched in terms of walking companion but once trust is slowly earned, it evolves into something more carnal and forbidden.

What Sciamma does so fantastically is build a tale of attraction and desire which is corsetted by its times. The story is set as a flashback when Marianne is asked about the painting in a class by one of her students. It’s a brief, but all-engrossing, dalliance from her past.

Always elegant and with rivulets of sub-plots exploring women’s place in art and society, Portrait marks a career high watermark for Sciamma. It picked up Best Screenplay in Cannes but lost out to Ladj Ly’s Parisienne banlieue movie Les Misérables for Oscar representation which means it is packing less heat than it deserves prior to release. However, all cinephiles worthy of this title will see this spectacular portrait in time. The female gaze has never been so alluring.