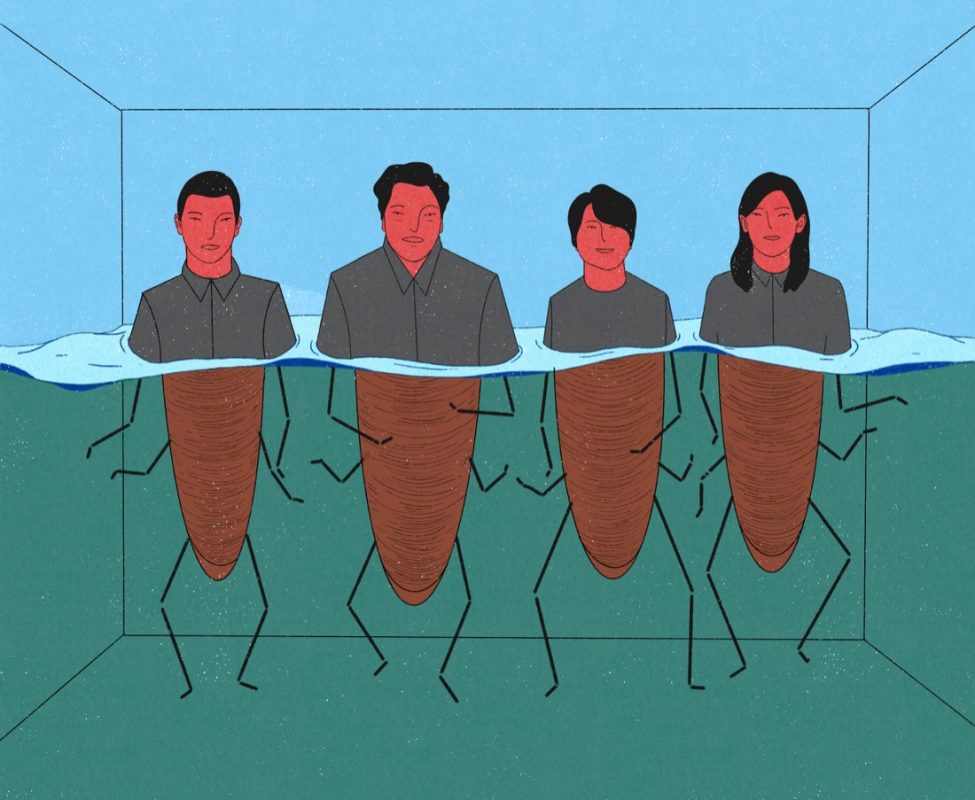 “She’s nice because she’s rich. Hell, if I had all this money. I’d be nice, too!” – Mother Chung-sook observes the power of wealth in Parasite, Bong Joon-ho’s acclaimed class drama.

We often go to the cinema with certain expectations, only to be disappointed to have them defied. Other times, films live up to our expectations, but, as a result, are soon forgotten. Then there are those rare films that not only upend our expectations, but exceed them, delighting us with their unpredictability. Parasite is one such movie. The hype is very much to be believed.

We follow the schemes of a poor family living in a down-at-heel basement apartment in Korea. One by one, they inveigle their way into the household of a supremely wealthy upper-class family. First, the son procures a job teaching the daughter English by pretending he’s a college graduate. Second, upon his recommendation, the family hires his sister, who pretends to be an art teacher who can instruct the youngest, a supposedly “gifted” boy. And last, the mother and father, through even more dubious means, nab jobs as housemaid and limo driver respectively.

With the wealthy and the impoverished rubbing off each other in close quarters, Parasite looks poised to be a dark comedy of societal manners. And for a while it is, and, if it remained so, it would probably still have been a great. But then…well, something big happens, which would be criminal to spoil. Suffice to say, Parasite pivots drastically into terrain that no one could ever predict.

This new barmy conceit that starts to unravel certainly strains credulity. But rather than this being a problem, Parasite finds a new potency in its unreality, with the film becoming more of a political parable, or a horrifying allegory for class inequality. And even though it’s far-fetched, it’s not completely impossible, unlike last year’s grossly overrated Us, which tried to be all things –  a metaphor that was also literal –  and ended up being a big, muddled nothing.

Joon-ho is such a tactile director that he manages to sell anything, no matter how far-fetched. He can mingle tones effortlessly, farce and tragedy coexisting with ease, often in the same scene. The pacing and the rhythm of scenes is so gratifying, with virtuosically edited montages where no fine-grained detail is an accident.

So what’s Parasite about? The moral bankruptcy that results from not having anything in the bank? The smug complacency of those who can’t remember the last time they had to “ride the subway”? The mask slips on both sides, the disenfranchised bear a hidden vengeance, and the wealthy a sneering contempt for their underlings. What’s great about this film is that it shows how vast income inequality can be a zero-sum game when it comes to the development of one’s character. The absurdly wealthy are credulous, oblivious to what’s happening outside their walled trophy-home; whereas the poor blame their own deviousness on their unfavourable circumstances – the mother says “she’d be nice, even nicer” if she had the means to be so. Of course, it’s the poor family who’s more soulful, but Joon-ho is also careful not to make saintly martyrs out of them.

It’s very cheering to note that it has been a box office smash in the US, the best ever for a foreign language film. It goes to show that people are becoming less daunted by subtitles. Who knows? Maybe one day, knockout films like this won’t be relegated to the foreign language category in awards ceremonies. Either way, this Palme D’Or winner is the best film in this awards cycle.