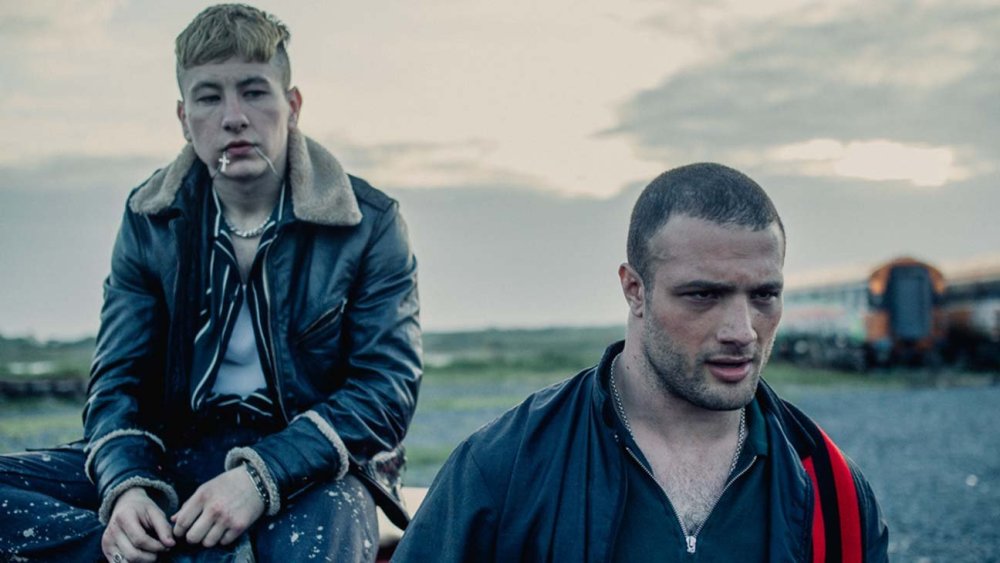 Truffaut reportedly said that there was no such thing as an anti-war film. He might have said the same for the anti-gangster genre, as it seems filmmakers can’t help but elevate the criminal underworld in their attempts to render it. Calm With Horses makes an admirable effort to break the mould, setting its tale of a job gone wrong on the west coast of Ireland, with characters whose getaway fantasies stretch no further than a fresh start in Rochestown, Co. Cork.

Based on a short story of the same name by Colin Barrett, this debut feature from Nick Rowland stars Barry Keoghan as Dymphna, a young buck in the Devers crime family, and Cosmo Jarvis as Douglas ‘Arm’ Armstrong, the Lenny to his George. Jarvis gives a standout performance as the luggish enforcer, finding the pathos in Arm’s stilted half-sentences as he struggles to reconnect with his ex-partner Ursula (Niamh Algar), and to be more than just a tool for others to exploit.

The film needs you to believe there was no other option for Arm but to get involved with the gang. This is conveyed by the suffocating and bleak setting, complete with a boarded up Garda station missing the G and the D. It’s a credit to Jarvis that he also sells Arm’s character turn, in which a moment of mercy risks the wrath of the clan, personified in the paranoid and menacing Uncle Paudi (a scene stealing turn from Ned Dennehy).

Shit rolls downhill and with increasing force in such hierarchies, and the status of both young men as ‘loyal skins’ quickly starts to evaporate. The film attempts a redemptive final act for Arm, but one that sits uneasily. It’s unclear what good it does to evoke sympathy for men like Arm who do violent things, and to contrast them with truly violent men like the Devers. It feels increasingly like a distinction without a difference.