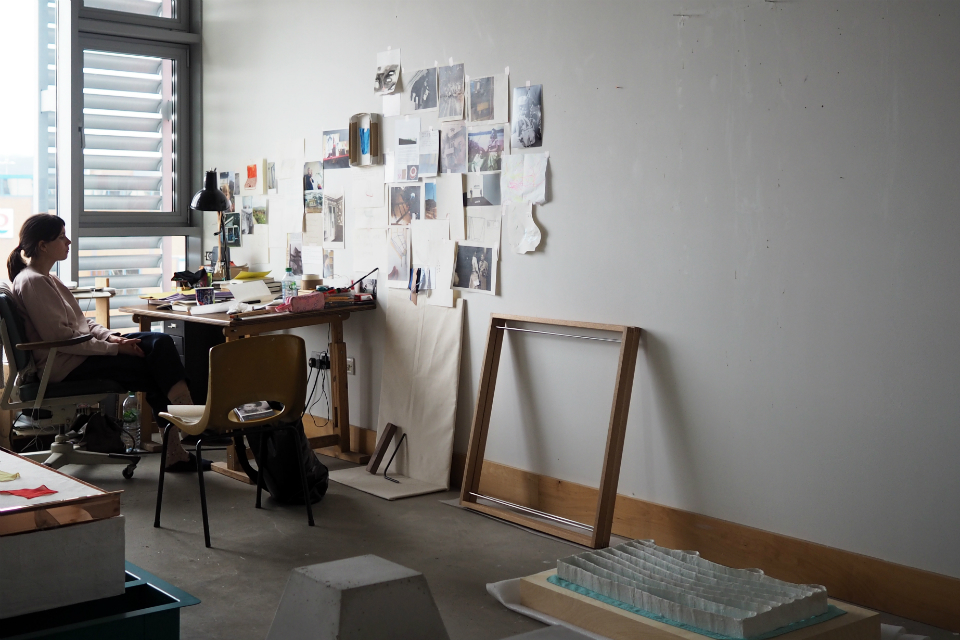 Ahead of her upcoming show of new work at Kerlin Gallery, A House and Its Head, Aleana Egan speaks to Stephen Moloney in her Tallaght studio on the constructive power of uncertainty and the centrality of literary influences to the work of the enigmatic artist.

The country and the world are defined by uncertainty today. What is the impact – positive or negative – that this uncertainty has on your creative process and output?

Feeling uncertain is a part of my work and life as it is for most people, and I’m sure external as well as internal forces are at play.

Keats coined the term ‘negative capability’ in a letter to his brother which describes the state of being capable in feelings of uncertainty without irritably reaching out after fact and reason. There is such emphasis on knowing and understanding but maybe there is much more to be learnt in not knowing.

In relation to my own work, I am usually more comfortable with uncertainty than definitives. This might be just in terms of language, naming things, trying to categorise works. Sometimes it feels that there are quite defined crystallized aspects of the work but I don’t have the language for them and an attempt at it disintegrates the inchoate threads. 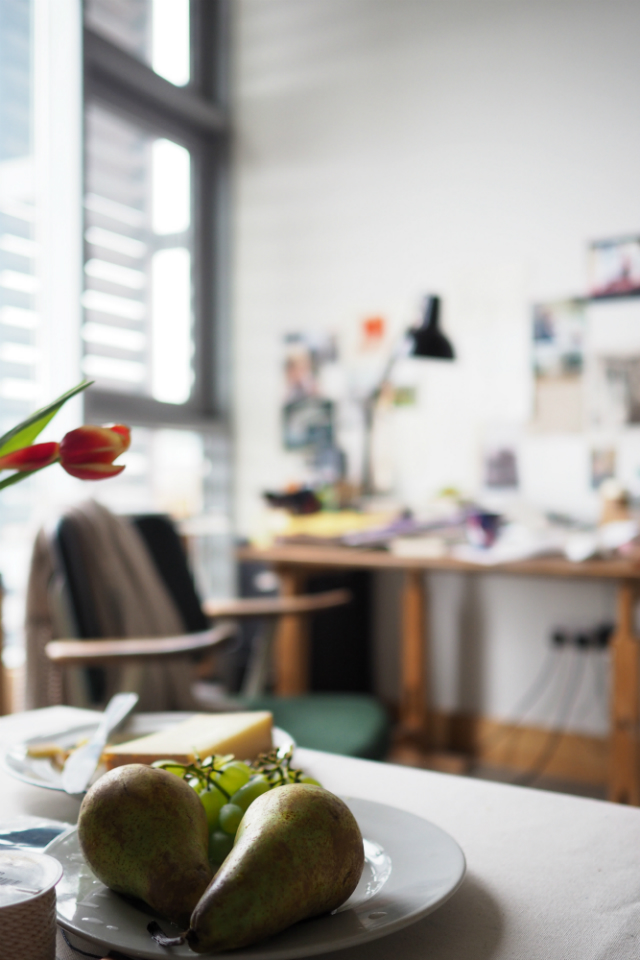 Creating a bleary atmosphere and giving things time to be unknown is unsettling but also necessary for things to drip down. Its something that I am learning to protect. As the artist Maria Nordman says, time to let yourself excavate the places between silence initially without description and without naming.

Are external forces something which you let in to your process and in what ways might they be recognised in your work?

I am sure they get in there – more subliminally. It is difficult not to be affected by what is going on. [But] perhaps I can’t answer that as I am so invested in the work, so inside it. Perhaps others pick up on those feelings or qualities in the work and relate to them.

The literary influences in your work have been widely written about. Why do you find the medium of literature so appropriate and relevant to your own process?

I don’t have that many words to directly talk about my work and find that looking for them isn’t helpful or doesn’t expand upon anything. However using literature and reading in an open way to include my work and trying to break down the ‘rules’ of the mediums in my mind, I find this a generative process that I’ve got into the habit of. 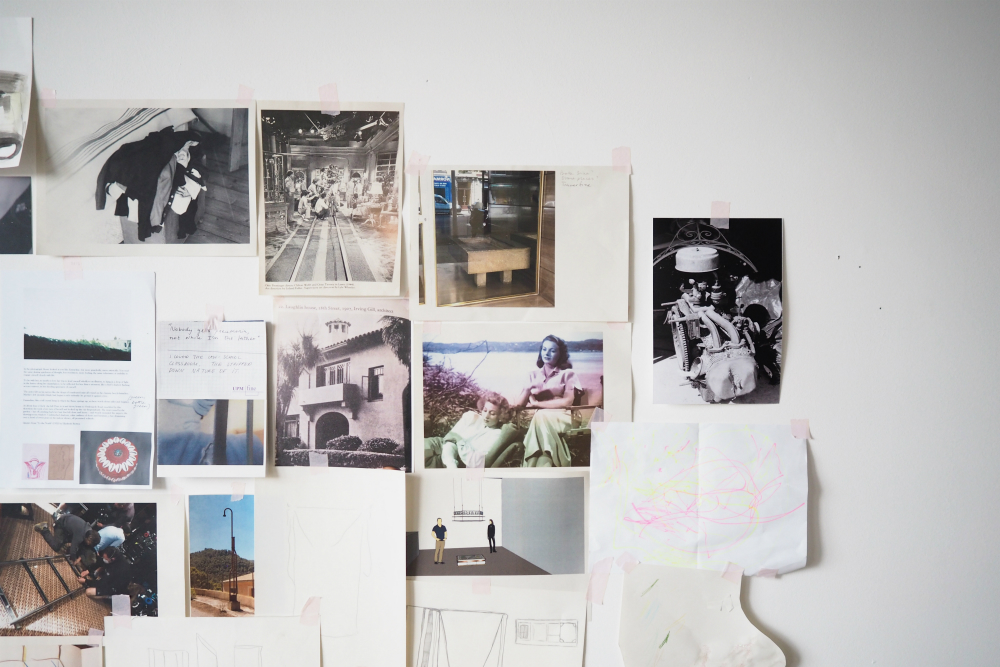 When I consciously think what this has got to do with that it shuts things down but if I let them co-exist things happen. I use reading as a part of my making process. There is also a dynamic in fiction with characters that is interesting. The said and the unsaid and having a view on the interior voice. The spaces between people and energy that occurs through the interpersonal can almost become plastic and sculptural.

They are mostly nineteenth and twentieth century in origin – why is that?

I have tended to get interested in a writer and then to try and read what they have written and this takes me a long time so I’m still in the 19th and 20th century! Writers such as Virginia Woolf, Elizabeth Bowen, Mary Butts – to name a few – have such a rich, dense body of work that I will probably go back to them for the rest of my life. It is also interesting how even though this work was written for the most part nearly a hundred years ago it still resonates so strongly with these uncertain times as in their lifetimes.

I would really like you to elaborate more generally on the productive power of uncertainty, particularly over definitives, if you could?

I don’t want to romanticise and I’m not talking about economic uncertainty but acceptance of uncertainty in terms of creativity. If that’s a given then you can work from the various threads that this yields. Following after every exhibition or project I always feel that I am starting again from square one. Sometimes I question what I’ve learned but also it’s quite exciting to be able to start anew.

This may or may not seem obvious, but why do you think people are uncomfortable with uncertainty over definitiveness?

Because it feels difficult and uncomfortable. I could be wrong but generally I think it might be less unsettling to know what you are doing and have a clear purpose and end in sight and then move on to the next thing. We all yearn for certainty but nothing is certain.

You described as interesting the way so much of these literary references resonate so strongly nearly one hundred years later – can you describe why that may be, and how?

One reason is the emphasis on interior voice and multi narratives and how that conveys the experience of living in fragmented times. For instance I have been reading Marion Milner lately and she wrote her book ‘On Not Being Able To Paint’ in 1950, the dedication goes;  “To my Son and his generation and may they not take as long as I have in finding out about these matters” so she was striving for something to change she knew something had to change or be thought of differently. I think her work and her discoveries resonate today because there is still relevance about private space in a public world in relation to making art and what happens in the interstices where they meet. I’m also interested in the unconscious and giving it more acknowledgment and this was also a primary concern of her work. 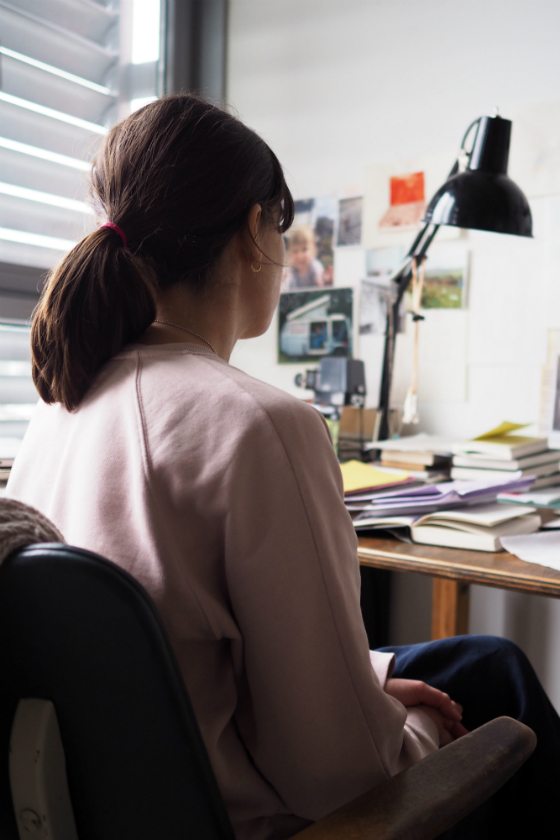 You said you do not read contemporary fiction in the same way as other sources – can you tell me why this is? And why the exception of Lydia Davis?

I just don’t tend to approach it in the same way. I’m not sure why and it’s probably a bit of a generalisation actually because I have read contemporary books lately that have had an impact. Not a work of fiction but Maggie Nelson’s Argonauts comes to mind.  Lydia Davis writing is a little like poetry in how it focus’s you on the words, for example her very economic use of them and her juxtaposition of particular words. It makes me see their meanings afresh. Also I like to have books to hand that are page turners as well as for ‘work’. Maybe it’s the various tones and different paces of reading modern fiction or 19th century fiction.  Not having so many recognizable contemporary reference points clears the way for you to focus on other levels of meaning and the strands going on around, underneath, above the plots and characters.

If I remember Saturday correctly, you mentioned that your mother was an English teacher – might that speak to your choice of literary references, or referring to literature more generally?

She passed on that books are a given part of life. I’m grateful for that. I hope I pass that on to my daughter.