This Island Life: Inishbofin and Inishturk 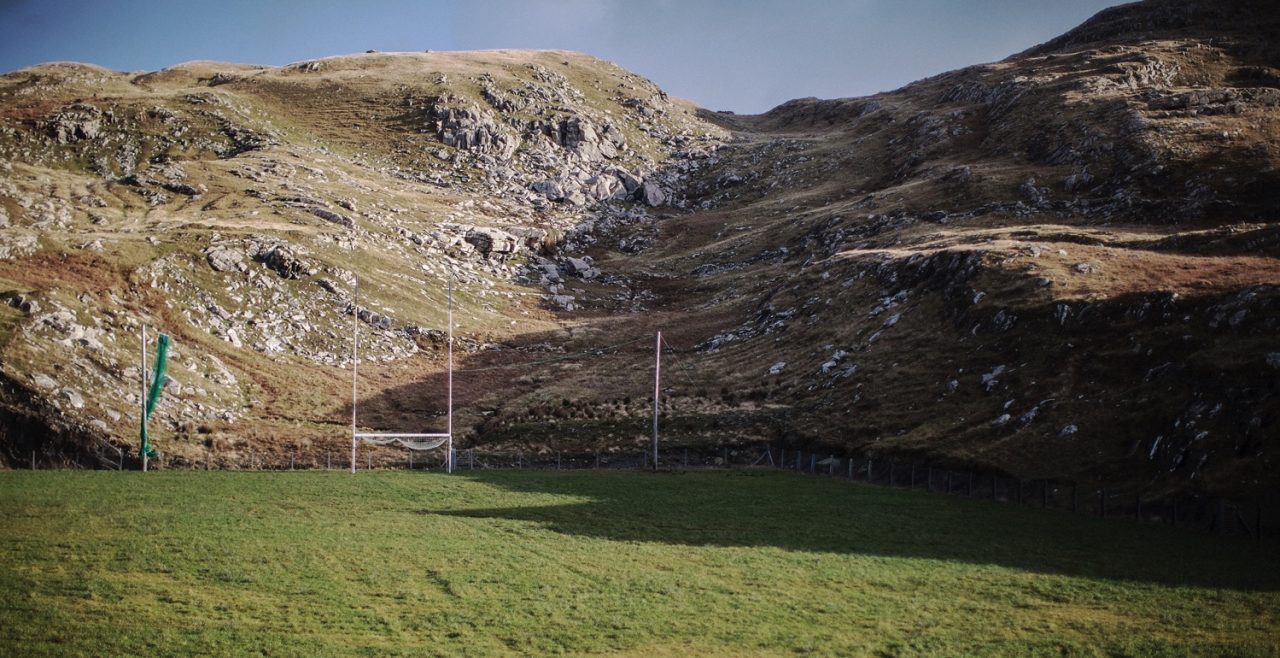 The ferry heaves and my stomach heaves with it. Water sloshes over the sides and surges across the deck, skeins of foam catching on coils of rope, a rubbish bag, a life ring. Inishturk recedes into the dusk behind, a still point my eyes are fixed on. The wind is bitter as the darkness closes in.

‘An old fisherman from Achill island told me to find a doorway and stand upright in it and to fix my eyes on the headland. Or on something still, ya know. I’ve never been seasick a day in my life.’

My hands grip the frame of the door on either side and I squint into the growing gloom to keep the island in sight. It’s indistinct now, a dark hummock, and I pin my eyes to a single light that shines out clearly. The horizon plunges and rears as the boat crests the waves, my mouth watering, stomach roiling, the smell of diesel from the engine catching at the back of my throat.

‘Twenty years ago, you’d go in the open fishing boats to the mainland for your check-ups when you were expecting. We’d no ferries in those days. You couldn’t sit down because of the wet. Standing for an hour in the cold with the smell of rotting fish… That was bad. This is luxury.’

I can’t see the outline of Turk at all anymore. I’m looking into a pit of black at the solitary light, but even that is guttering. It flickers and vanishes eventually and there’s nothing, no still point to hold to. But the waves have died down now – we’re coming into the harbour. Back to the mainland.

Cleggan pier lies out on the western tip of Connemara, the final mainland pit stop if you’re making a trip to the island of Inishbofin. There’s not much there save a shop and four pubs, a standard Irish measure of boozers for the village’s size. Inside the turf-fire cosiness of Oliver’s pub, a framed newspaper clipping from the 1960s bears the headline ‘DEATH OF AN ISLAND’ in thick, black ink. The island in question is Inishark, Bofin’s near neighbour, depopulated in 1961 and now a ghostly cluster of empty houses and abandoned farmland. With only a three mile stretch of sea between the two islands, Shark remains a spectral reminder of what can happen to an island community when the population dwindles to an unsustainable level.

We arrive into Bofin in the evening, a searchlight from the ferry eerily illuminating the rocks along the coast as we turn into the harbour. There are only a handful of passengers on board at this time of year and they sit inside away from the chill night wind. Photographer Al and I stand in the prow of the boat, laughing giddily each time it drops into the trough of a wave.

The following morning, we go for a walk around the island. It’s early and the light is delicate. Pink-tinged clouds pile on the horizon. Al looks in disgust at an idyllic shot of the harbour on his camera, the ruins of a Cromwellian barracks jagged in the background. ‘It’s too pretty,’ he fumes, having been anticipating something bleaker, more desolate. We head towards the north beach, a part of the island that is now symbolic in the islanders’ collective psyche. Last January, when storms wracked the country, the north beach on Inishbofin was broken down, allowing the sea to leak into a sedimentary lagoon on the other side and flooding the nearby road. It was fierce weather. Cars were being washed off the island to bob ludicrously down the coastline, while the old pier on the east coast was annihilated. With no outside assistance, the islanders were galvanised into an act of dogged defiance, banding together to save the beach. The few diggers available were put to work and they piled load after load of stones and rock into the gaping rift, keeping at it for days until something stuck and the sea was turned back.

The pubs on the island display newspaper clippings testifying to the heroism of the Bofin men who saved the north beach. The gesture is heroic certainly, the type of heroism that both echoes back into the past of the islands and projects forward to their uncertain future. Living on the fringes of the Atlantic has always been a precarious existence, and was even more so in the past when the livelihood of the inhabitants was tied to the sea. Now, most of the young men who live on the island no longer farm the ocean, but the will to battle it is still ingrained. It’s doubly heroic though, given the likelihood of the beach giving way again. There’s almost a futility in it, but a noble futility.

The battle for the north beach is one in a long line of events throughout the history of the islands that has underscored the tightrope existence of the communities on them. It was the death by drowning of three young fishermen of Shark, followed by a death from appendicitis when no boats could get to Shark that finally broke the nerve of the people and was the precursor to depopulation. As we stand inspecting the bank of grey stone that forms the newly restored north beach, it starts to rain. There’s no shelter in sight except a minivan parked outside a house. No sign of life anywhere. The door is unlocked, so we pile inside. Al leans over the back of the driver’s seat and indicates the keys in the ignition incredulously. I shrug. “Islands, innit?”

We’re waiting for Tommy Burke, local historian and absolute gent, to take us on a tour around the west side. Now in his early 40s, Tommy has never lived off the island for any significant length of time. Like many of the Bofiners, this wasn’t because of lack of opportunity. Tommy has never wanted to leave.

‘I always felt that I was more in control when I was here, that I could handle anything that might happen. That there was a kind of comfort in being here that you don’t always feel in other places. My permanent address on every document has always been Inishbofin.’

It’s a sentiment that many of the other islanders will later echo, a feeling of total freedom granted by the comfort of known borders. Where someone from the mainland might feel trapped by the surrounding ocean, islanders feel hemmed in by the expanse of unknown terrain on the mainland.