On The Brow: Paddy Hanna


Posted 4 months ago in Music 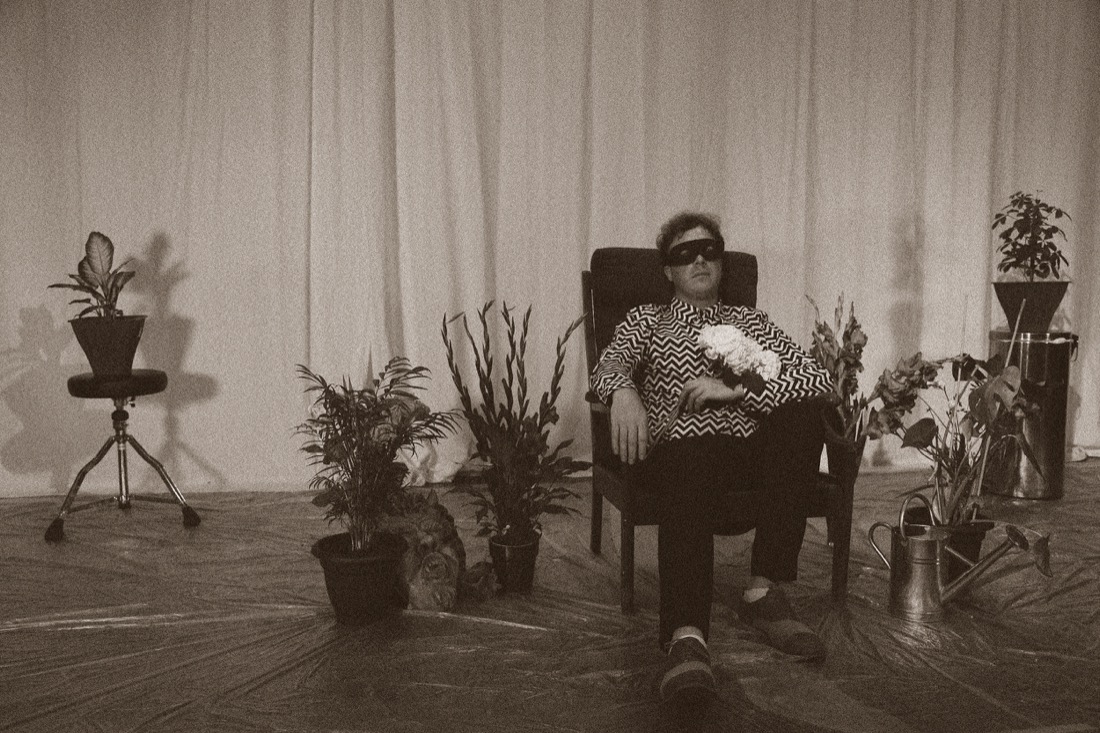 Paddy Hanna is like an elder indie statesman of the scene here. On his third album he deals with issues and struggles whilst breathing in the West Cork air. He tells us about the making of The Hill, the power of bad reviews and has a little gloat over Josh Stone.

“Essentially, the launching pad for me going solo was a bad review. I’m very grateful for that. Negative journalism can be a great thing. Don’t people say that?”

“I like The Toucher Doyle story,” Paddy Hanna reveals when asked his favourite Dublin fact. “There’s a painting called A Bird Never Flew on One Wing hanging in some city-centre pub of two men drinking together, one of them being ‘Toucher’ Doyle. He was a well-known character that got his name after he asked the King of England, who was in The Curragh at the time, if he could touch him in exchange of a pound. Anyways, Doyle was famous for having a distinct pudding bowl haircut and pointy ears. Apparently, someone affiliated with Star Trek was having a pint in Dublin, saw the painting on the wall and thought, ‘Hey, this guy’s got a striking image!’ and based the image of Mr. Spock and the Vulcans on this Dublin character.”

This is just one of many digressions the Dublin-based songwriter makes during our time talking about his tremendous third album The Hill, due this month. In between talking about Hanna’s songwriting approach (“I don’t like to make many changes or rewrite songs. You need to leave some of the accidents in there. They’re the bits at the side of the pot when you’re making gravy; it’s where all the flavour is.”) we covered a range of topics from the perfect pop song (ABBA’s ‘Dancing Queen’), taking driving lessons from Thin Lizzy’s former tour manager and his experience meeting Burt Bacharach last summer (“He’s just the coolest dude, ever!”).

Hanna’s aptitude for storytelling is next to none, but that’s no surprise given his deft lyricism. Without warning, he morphs into a variety of characters, each taking you on an unexpected adventure. The Hill is no exception. Across eleven songs, the listener is brought to remote sites in Ireland’s southern coastal region where water flows freely in one direction, a woman named Mrs Cotter peels oranges with a butcher’s knife and a chord organ tells a cryptic tale of Frank Sinatra.

Sonically, The Hill swaps lush string arrangements for layered vocal harmonies and plenty of Italian motifs, creating a sound – and overall mood – completely unique to his discography. There were a number of reasons, practical and preferential, for mixing things up by making this a vocal-heavy affair. “I can’t write music, so when I was working on Bad Boys, I got Éna Brennan to come to the studio with sheet music ready to scribe as I hummed the melody. It wasn’t the most professional thing you’d ever see,” he laughs. “This time around, I thought, ‘Why don’t we just do it the way we record demos and add synthesiser. It was born out of necessity, initially. We had a week to do it in isolation, which I’m sure is a word everyone is sick of now, so it was easy for me to just get in-front of a microphone and sing. There’s also something very Italian and cinematic in how the vocals sound from the way we recorded it which is what I was leaning towards.”

In building the cinematic world of The Hill, Hanna continued his fruitful collaboration with Girl Band bassist and producer Dan Fox, who previously worked on the songwriter’s second LP, 2018’s Frankly, I Mutate. The pair met in typical fashion for most Dublin-based musicians; on a rainy night in the smoking area of Whelan’s. It would take twelve months after their meet before the pair discussed working together.

“We started talking about music and it was the classic case of one pint turned into eight!” Hanna remembers, amused by the encounter. “It was a perfect mix because I wanted to do something ambitious and he wanted to take on a project where he could do all the sound stuff and play in the sandbox with as much sand as possible. It was a perfect storm. Up till that point, he was mostly working on studio tech work. So this was his first chance to go out on his own and try some stuff.” 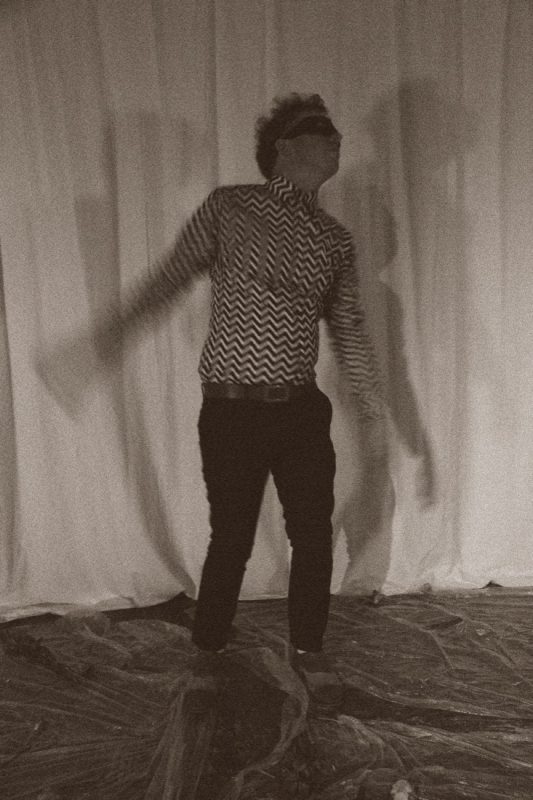 When questioned about the extent of Fox’s impact and influence on Hanna’s songs, coupled with the nature of their working relationship, Hanna’s response reminds me of the aforementioned ‘Toucher’ Doyle artwork and the reality of a bird needing two wings to take flight. “I’m always nervous to talk to someone about anything musically in case they say, ‘That’s a stupid idea!’ But he’s the opposite. He’ll take an idea and throw something opposite back at you that’s even weirder. He likes to be challenged and I don’t like to be told that I’m wrong so it works really well,” laughs Hanna. He continues, “He really leans into the madness. In that way, Fox is the only person I think I’ll ever work with without fearing throwing an idea at him. No matter how stupid an idea he’ll always take it on board and we’ll work together on it.”

The ideas presented across The Hill are amongst Hanna’s boldest. He goes to extreme depths with the instrumentation (mostly influenced by Italian film composer Riz Ortolani’s superb soundtrack for Cannibal Holocaust) in how he and his band move between epic Morricone-like sweeping orchestrations to sweetly sung melodies and strong leanings toward Jacques Brel’s distinct theatricality. Recorded in the remote setting of Cork’s Baltimore, over a seven day period in May of 2019, Hanna was joined by his band of Dan Fox and Adam Faulkner (also of Girl Band) with Daniel Fitzpatrick of Badhands completing the set.

Now with the finished product ready to be unleashed to its audience, Hanna is faced with the arduous cycle of press coverage and reviews surveying his work. Recently, in Irish press, he was described as “A veteran of Ireland’s indie scene.” More often than not, Hanna’s name is followed by weighty labels such as “hugely important”, “influential” and “undersung”. Leading up to the critique phase of releasing new material, how does he receive assessment of his work?

“I’m still suspicious of it. Before I got good reviews, I got a lot of especially not good reviews and even being totally ignored. I’m totally grateful and it’s very flattering, especially after years of trembling nervously to open a music publication to see what someone has said only for them to go to town on your single. Even today my hand trembles!” he laughs while doing a dramatic recreation of the act. “When you see a good review, it’s not like ‘Yay!’ It’s more an ‘Oh, thank God!’ exhale of relief. I suppose the turning point came for me in 2013 when a band I was in received a takedown for some of our songs that featured on a compilation. I accepted it and it actually proved to be helpful because I knew the songs weren’t recorded in a way I was happy with. This was the catalyst for me writing and recording Leafy Stiletto [Hanna’s 2014 solo debut]. Essentially, the launching pad for me going solo was a bad review. I’m very grateful for that. Negative journalism can be a great thing. Don’t people say that? Sometimes people make good points and you have to take that on board. Journalism is important.” 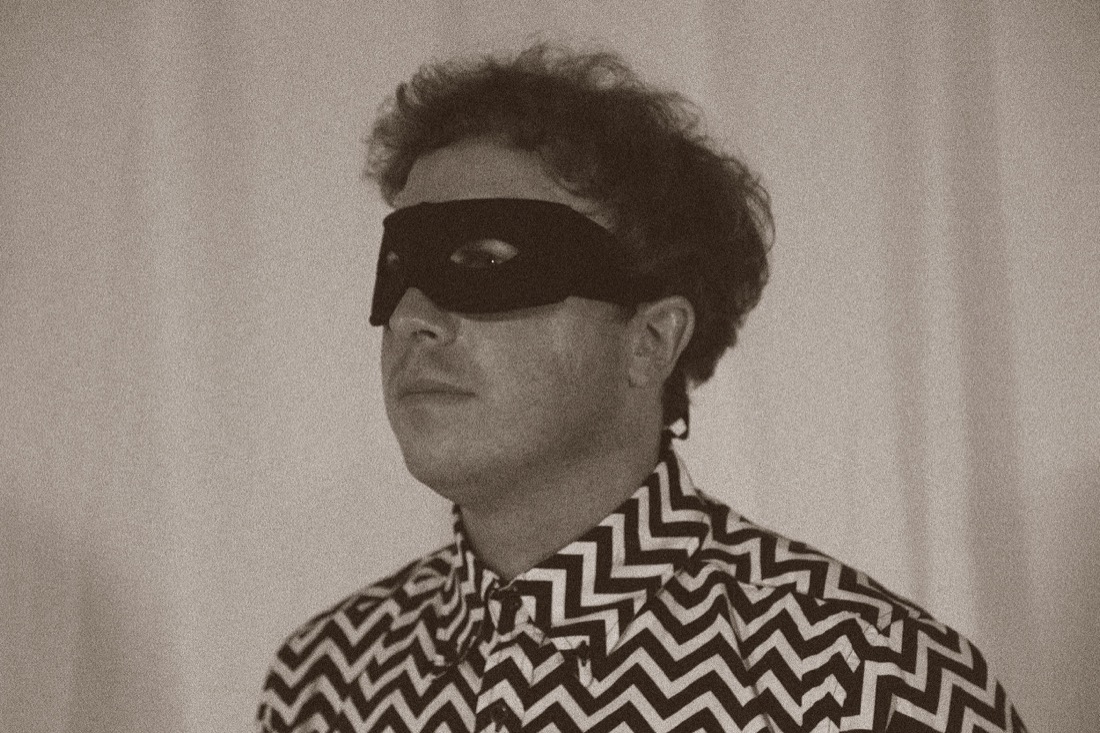 On Jog On Shall We, a diary-entry featured towards the end of The Hill, Hanna utters closely into the microphone, “My heroes are always underachievers.” Burt Bacharach, one can safely assume, breaks that mould. Last summer, Hanna opened for the legendary songwriter and musician on the Irish leg of his tour. So, what happened when Paddy met Burt?

“The first time I met him, his wife came to me and said, ‘Hey, Paddy. Burt wants to say hello!” he chuckles. “I was extremely nervous. What do you say to someone who’s met them all; Elvis Presley, Aretha Franklin…the list goes on. She brought me onto the stage of the Iveagh Gardens, it was during the day so the place was empty. Burt was alone, playing the piano and she introduced me. He looked up from the piano, kept playing, and said, ‘Hey Paddy, how’s it going?’ He was excessively cool!” Hanna beams as he recounts the moment.

On one night of the tour, Paddy joined Bacharach to perform Raindrops Keep Falling On My Head. The aftermath involved Bacharach leaning into Hanna to say, “You did good, kid.” You can see from his expression just how much that exchange meant to him. “That was a really cool moment for me, having been that kid who sang one of his songs for the Leaving Cert,” he smiles. “After, the band came up to me and said, ‘Hey, you did it much better than Joss Stone the other night!’ Now that brought me infinite joy!”

On the cusp of releasing a body of work with all the hallmarks of a masterpiece, only three records into his solo career, it’s impossible not to perceive Paddy Hanna – his lyricism, sound and general persona – in the same light as his incredible stories; full of comedy, utterly captivating and completely legendary.

The Hill will be released on October 16th via Strange Brew Records.