“Catharsis was part of the experience, with feelings of alchemy and surrendering and an embracing of sorts being integral to Colt’s foundation.”

For two decades, Hilary Woods has been a peripheral figure in the Irish music scene. Her career has, to date, seen the artist engage with music in various configurations. The former bassist with JJ72, Woods left the band to pursue a solo career that sparked with Night, the debut of her current guise, released in 2014. Beyond her solo output, Woods has composed for film and theatre, which provide space for her to expand her haunting compositions. This overlap is apt as Woods studied film and literature in college. Her compositions are serene, but have the ability to create suspense. Whether you’re listening through headphones or experiencing the music live, Hilary Woods is a captivating artist.

Woods released her debut album, Colt, at the start of the summer and has received glowing reviews from both domestic and international press. The record thoughtfully addresses vulnerability and grief. On Colt, Woods creates a nocturnal universe for her ethereal and spacious arrangements to reside. The songs are affecting, if not a little spooky, in the best possible sense. It’s easy to find yourself immersed in Woods’ world via her music.

You’re signed to Sacred Bones, the same label as David Lynch and Julee Cruise, and your music is often likened to the haunting melodies synonymous to the original series of Twin Peaks. Is Lynch someone that inspires you as an artist in how you create worlds within songs?

David Lynch, along with an expansive host of other makers, inspires me. I do like his aesthetic; his exploration of strangeness, of feeling estranged and how, when I’m watching one of his movies, it’s apparent that intuition is central to its creation. That’s inspiring.

The arrangements throughout Colt are so beautifully considered and spacious. There’s an overt wistfulness felt throughout the instrumentation. I got the sense that these songs – lyrically and musically – were born from, perhaps, a difficult and poignant space. Was writing and recording the album a cathartic experience?

The writing process was a lot of things. Certainly, catharsis was part of the experience, with feelings of alchemy and surrendering and an embracing of sorts being integral to Colt’s foundation. Some of the songs, such as Kith, were conceived early on, while others are new arrivals.

In terms of poignancy and difficulty, there was a lot of material to work with at that juncture in my life. In saying that, however, there was also a lot of joy in the making of this record. Perhaps because there’s a relief in addressing things honestly to yourself in whatever way that you can.

Working on the arrangements was liberating, as I went about that creatively throughout the making of the record. The process felt very natural and fluid because I engineered it at home on my own and in my own time. This space afforded me privacy, which, in turn, enabled me to record without feeling self-conscious. I always felt that Colt, at its heart, was a bedroom record set in the dead of night.

I brought my songs to producer James Kelly in Berlin, almost ritualistically travelling back and forth. His production was exactly what the songs needed whilst leaving the idiosyncrasies of my music intact. James and I were very much on the same page in wanting the record to retain its character, for it not to be over-produced or too loud or on the grid. Vibes before chops, every time!

Lyrically, the subject matter is extremely personal; heartbreak is at the core of many of the songs. Prodigal Dog, in particular, comes to mind. Is it difficult, as a musician, to regularly return to those songs, delivering certain emotive lines to an audience of strangers, whilst touring?

It can be. I find it easier, somehow, to play those songs in front of strangers than delivering these lines to people that are close to me. Instrumentally, I don’t feel like I have to be über-faithful to or replicate the record exactly. My playing has had to become increasingly more malleable. I’ve been shaping things more as I go because I’ve had to translate a lot of the songs so that they work within the confines of my solo live set-up, which I’ve enjoyed. It’s important that playing live retains a certain potency for me.

Lyrically, some songs are stronger than others. The stronger they are, the more I look forward to connecting and performing them live, sharing them with a new gathering of people each night.

You composed an original score for a horror film as part of a collaboration with the Irish Film Institute. How was that experience, and is composing for film something you would be interested in doing more of in the future?

It was a positive and playful experience, definitely much lighter than working exclusively on my own stuff. It wasn’t something I had given any real consideration to up to that point, but I would definitely be open to doing more of it if the project felt right.

You tend to perform in intimate venues that compliment the ambient and holistic tones of your music. There’s also a gorgeous visual element in the background to accompany your sets. How has it been, having to adapt your shows to work in a festival setting?

I don’t dream of playing outdoor festivals, and I very rarely go to summer music festivals these days. I just don’t have the appropriate clothes, and when I do go I usually just want to leave early and go home to my daughter. However, in spite of that, some festivals do work! 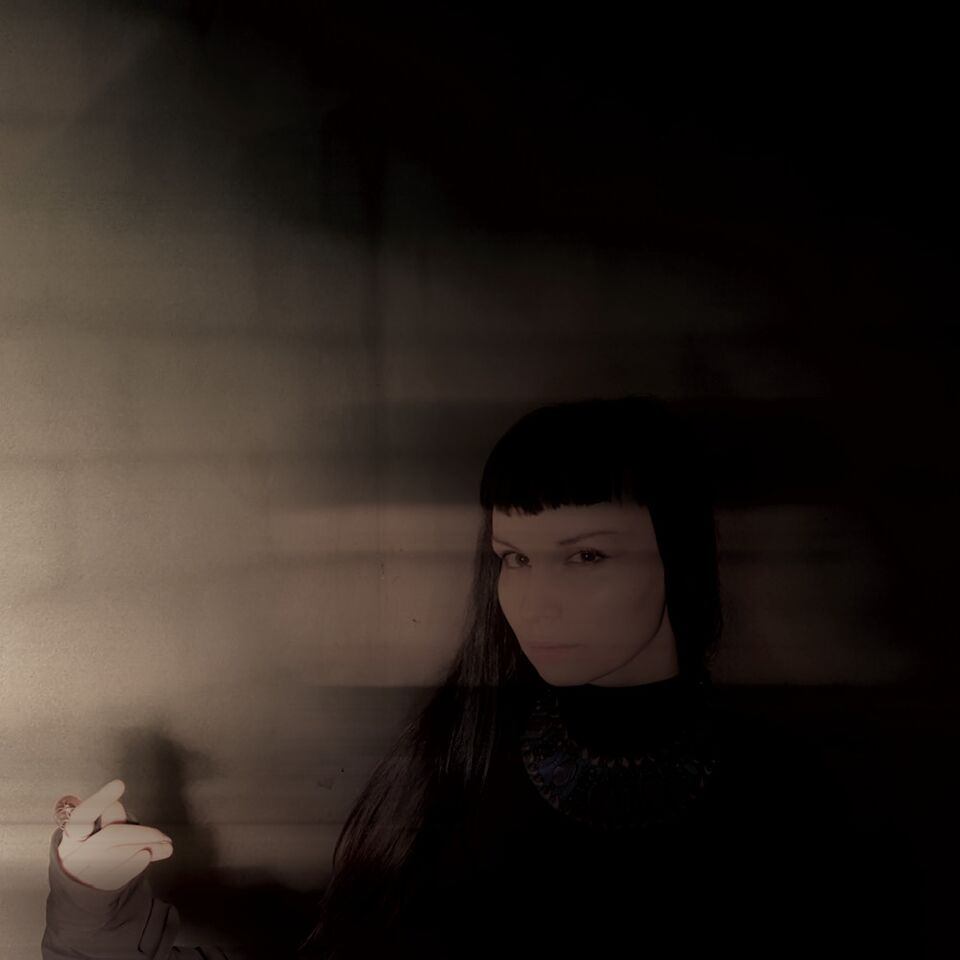 I’ve just played a wonderful little art festival called Creepy Teepee in the Czech Republic. I felt that it went really well which I was pleasantly surprised at and encouraged by. In relation to the visual side of my performances, that will always depend on the budget available. I usually embrace either outcome, because ultimately it’s whatever serves the music best.

You played Meltdown Festival, founded by The Cure’s frontman Robert Smith, how was that experience? Did you get to meet any interesting artists that you had previously admired while you were there?

It was a really thoughtful and lovingly curated line-up. Robert Smith was very much at the helm in organising the festival – from selecting the bands he wanted to be on the line-up to e-mailing the artists involved – so it felt very personable and special from the get-go. The Southbank team were also really helpful to me which was just glorious after disembarking from a Ryanair flight with a mountain of gear in tow. While I was there I had the pleasure of meeting and connecting with my label mates Moon Duo. They were really great!

Have you begun writing and thinking a second album?

Yes, I have. Every record is a birthing of sorts. The initial phase is always mysterious, for that reason, it’s always my favourite part.