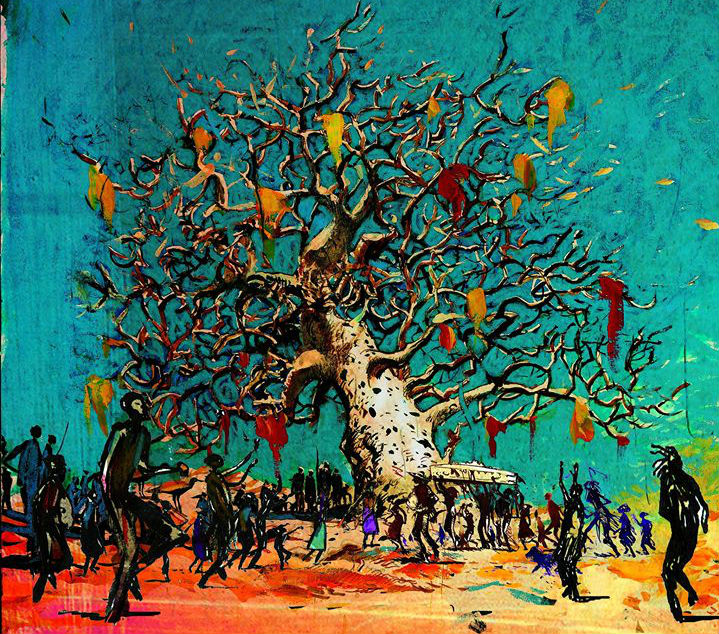 The Limerick hip-hop trio enlisted the talents of French artist Benjamin Flao for the conception of Let The Dead Bury The Dead.

“The album cover for Let the Dead Bury the Dead was designed by Benjamin Flao, a French artist and illustrator. He created an amazing comic book called Kililana Song, which is the story of Naim, a young orphan from Kenya. The artwork is derived from an image taken from that book, and reinterpreted somewhat to fit the mood of the album. 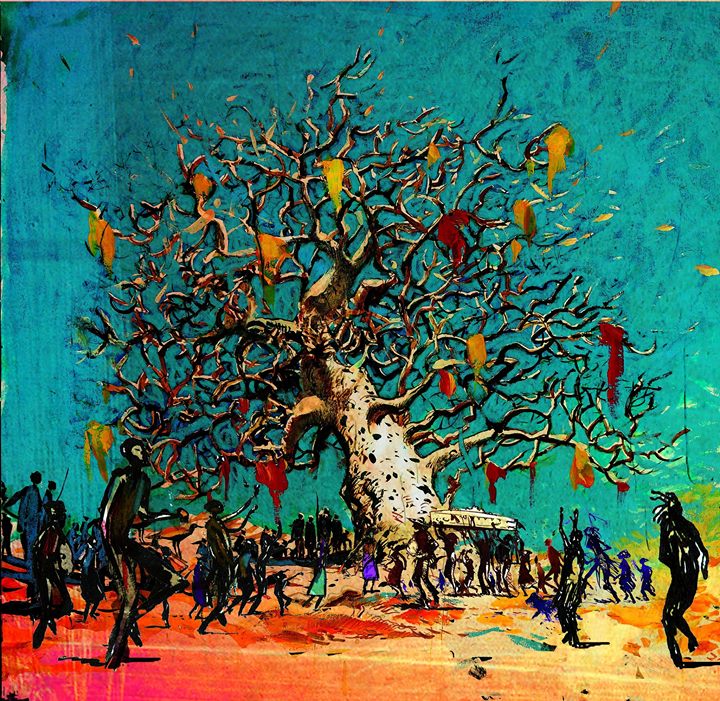 The artwork was something that was really important to us in the band when we were trying to understand exactly what we were trying to capture in the music. We felt like the music was therapeutic in some way, for us anyway. The lyrical themes being explored on the album all centered around family, identity, loss and change, but we wanted to juxtapose this with bright sounds and melodies. In a sense, you use your music to make life better, to overcome the struggles that the world flings at you through dance and community. I think once we all saw the image, it really cemented the idea of what we were trying to capture and Benjamin very kindly agreed to work with us in developing the image for the album. He’s a lovely gentleman.

Benjamin Flao is actually a cousin of John’s girlfriend, and the entire family are really involved in creative art. She was showing him some of Benjamin’s work, and once that image presented itself, we all kind of knew that we’d found something special. Even the story within the book Kililana Song has certain resonances with what the lads talk about in their lyrics.  We got lucky, definitely.  Salutes to Benjamin, he’s in the family!”