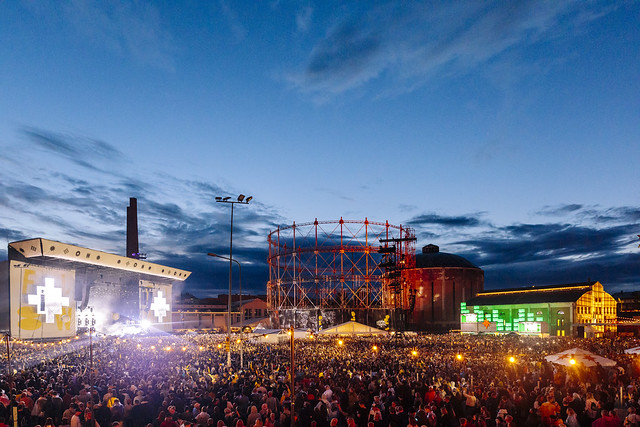 Scandanavian music festivals come with their own quirks, perks and privileges. Our first taste was at Way Out West in Gothenburg in 2017 and next month we’re making our maiden voyage to Helsinki for Flow. Founded by Finnish music producer Tuomas Kallio and his friends from the Helsinki-based music collective Nuspirit Helsinki, Flow has mushroomed from its jazz and soul roots origins to become one of the continent’s leading music and arts boutique festival.

Flow currently attracts up to 84,000 visitors to an area surrounding a historic power plant in the former industrial area of Suvilahti in the Finnish capital. As one of the first one of the world’s first carbon neutral festivals, Flow its carbon footprint is calculated, minimised and offset. Read more about their initiatives here.

We distill the weekend line-up to tell you about 15 acts we’re looking forward to checking out.

Erykah Badu – It’s 22 years since the release of Badu’s début album, Baduizm, which sold millions of copies, earned her a pair of Grammys, and made her one of the most celebrated soul singers of the modern era. We’ll be down the front for that “rim shot, hey, digi, digi”

Neneh Cherry – Her latest album Future Politics is one of her finest to date. Her spring show in the Academy show was a triumph held aloft by the material off said album.

Solange – Drafted in after Cardi B had to pull her tour dates owing to cosmetic surgery, Miss Knowles ably steps up to the mark. Granted When I Get Home, her fourth studio album, is a far more oblique and free-flow affair without anything as anthemic as Cranes in the Sky. It’ll be interesting to see how she integrates it into the expectations of an amped-up festival crowd. She’ll well capable though.

Leroy Burgess Full Band – Celebrating 50 years in the game, Burgess brings his full band to Flow for some boogie, funk and disco. Dancing shoes at the ready!

Nitzer Ebb – Some classic aggro Teutonic beats to stir the soul from these veterans who actually hail from the UK. Formed in 1982, their powerful rhythms, minimal hooklines and fierce, chanted lyrics lent significant weight to the techno scene which followed. We’ll join in the chant!

Others of note: Slowthai, Earl Sweatshirt 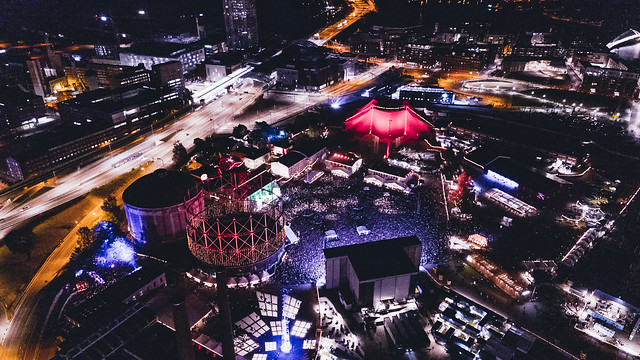 Robyn – We’ve been sweating to see Robyn all year and since she left us dancing on our own here in Ireland, we’ll be finally united with her at Flow. She’s on the last leg of her tour in support of her truly poptastic Honey LP. Konnichiwa bitches!

Tame Impala – Kevin Parker is still teasing when he will drop the follow-up to the smash that was Currents. Borderline, which proceeded this tour, continues the summery, psychedelic, glow which envelopes his sound. The accompanying light show should help the trip down under or wherever you’re going too.

Blood Orange – Dev Hynes’ new mixtape Angel’s Pulse comes hot off the feels of last year’s Negro Swan and is a freewheeling delight spilling light and joy off his influences and thought processes. Hynes is hyper prolific and connected. His production and songwriting credits is a roll call of heavy hitters.

Seinabo Sey – Sey is a Gambian-Swedish soul artist you really need to know about. Irresistible pop hooks and virtuoso production on tracks such as I Owe You Nothing from I’m A Dream mean she richly deserves her place in the pantheon of soul sisters carrying maximum swagger. 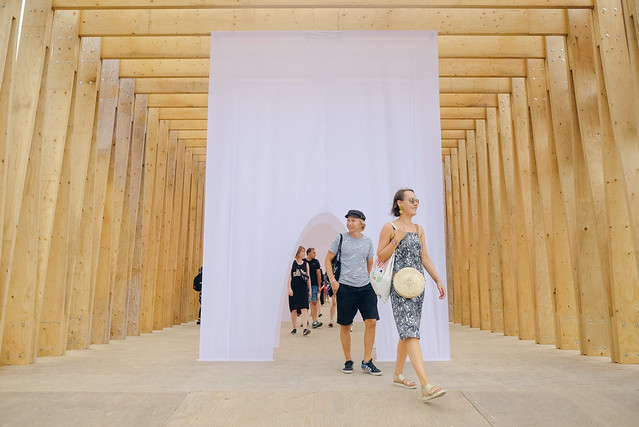 The Cure – Needless to say, no act gets higher billing than Robert Smith’s. They closed Glastonbury and will do the same at Flow. Across 13 albums and over thirty singles, they have truly been life’s soundtrack for several generations. I can even say they existed before this writer did which is something to cling on to.

Khruangabin – We’re truly stoked to catch Khruangabin at long last having missed their two previous shows in Dublin. Their sound is one of soul, surf, funk, dub and psychedelia crossed with a funky Thai groove. We’ll be in a mental hammock enjoying a slow sway in the sunshine for this.

Pharoah Sanders Quartet – The 78-year-old tenor saxophonist assumes the ‘legend you really shouldn’t miss’ slot of the weekend. Yes, he did play along side John Coltrane. His work embodies the spiritual foundation of avant-garde jazz, Pharoah’s saxophone sound is unforgettable — deep, raw, humming with overtones and laden with fervent feeling and serene beauty.

Mary Lattimore – Celestial harp player from LA, Lattimore has had the likes of Jónsi (Sigur Rós) and Julianna Barwick remix her Hundreds of Days album which indicates the esteem in which she is held. Lattimore plucks life affirming beauty from the strings between her fingers.

Mitski – You know you’re getting there when you end up the subject of a New Yorker profile. Mitski Miyawak was the subject of one last month. There might be some more heavy hitters on the bill today (see below) but all the cool kids will be at Mitski singing back the lyrics to her fresh confessionals.

Return flights from Dublin to Helsinki with FinnAir available from €217 on Skyscanner. 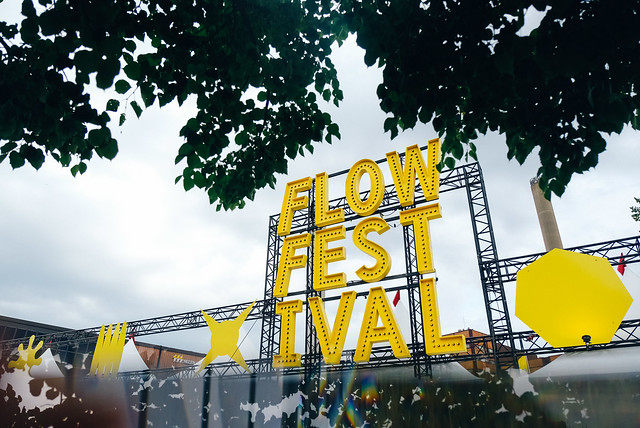