Posted 6 months ago in Music 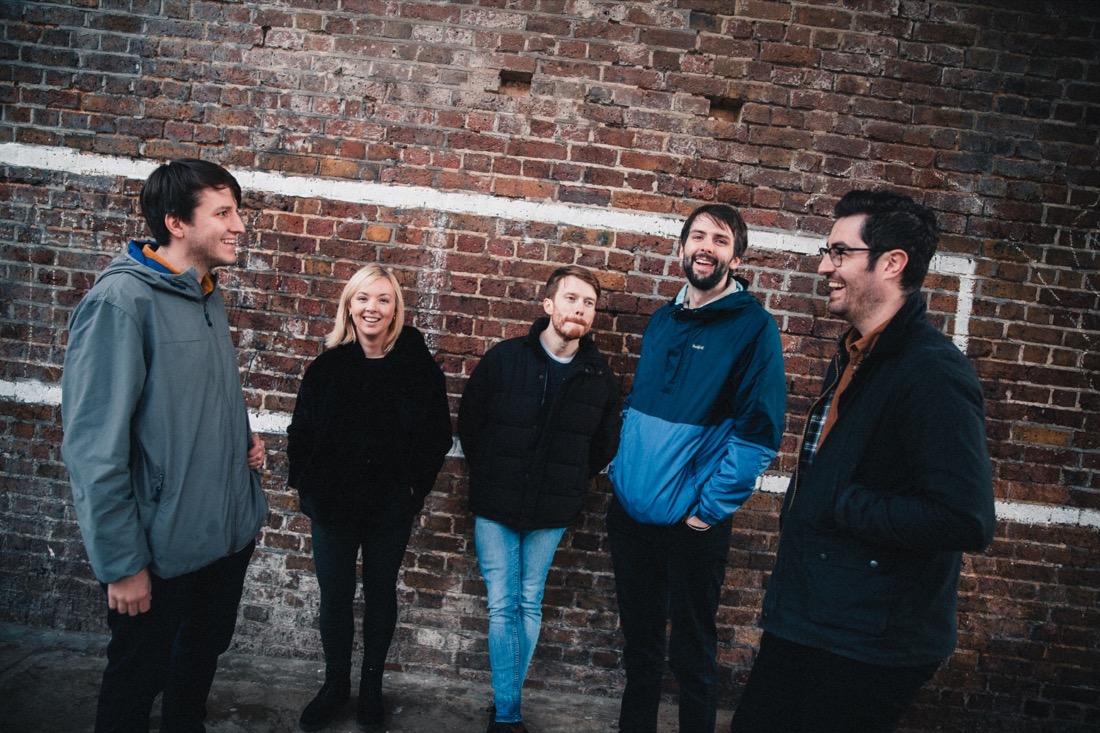 There’s a certain satellite town sensibility being brought to bear on Silverbacks’ sound. We venture beyond the pale.

Silverbacks’ route towards the limelight was more than a little circuitous. The art-rock five piece, as we know them today, represent the fruit of two established breeding grounds for domestic indie rock excellence; Maynooth University’s Music Technology department and the bounteous gig scene of Newbridge, Co. Kildare.

Sitting with guitarist Kilian O’Kelly and bassist/vocalist Emma Hanlon, the pair jokingly ask how upfront they should be about the Dublin-adjacent nature of their point of origin, in light of the geographical specificity of this publication’s moniker. It only gets worse from there, Kilian and his brother Daniel (Vocals/guitar) grew up in Belgium! “Daniel and I moved over from Brussels for college,” explains O’Kelly, “just because it seemed easier to study music in English rather than through French, that’s how it is done over there.” 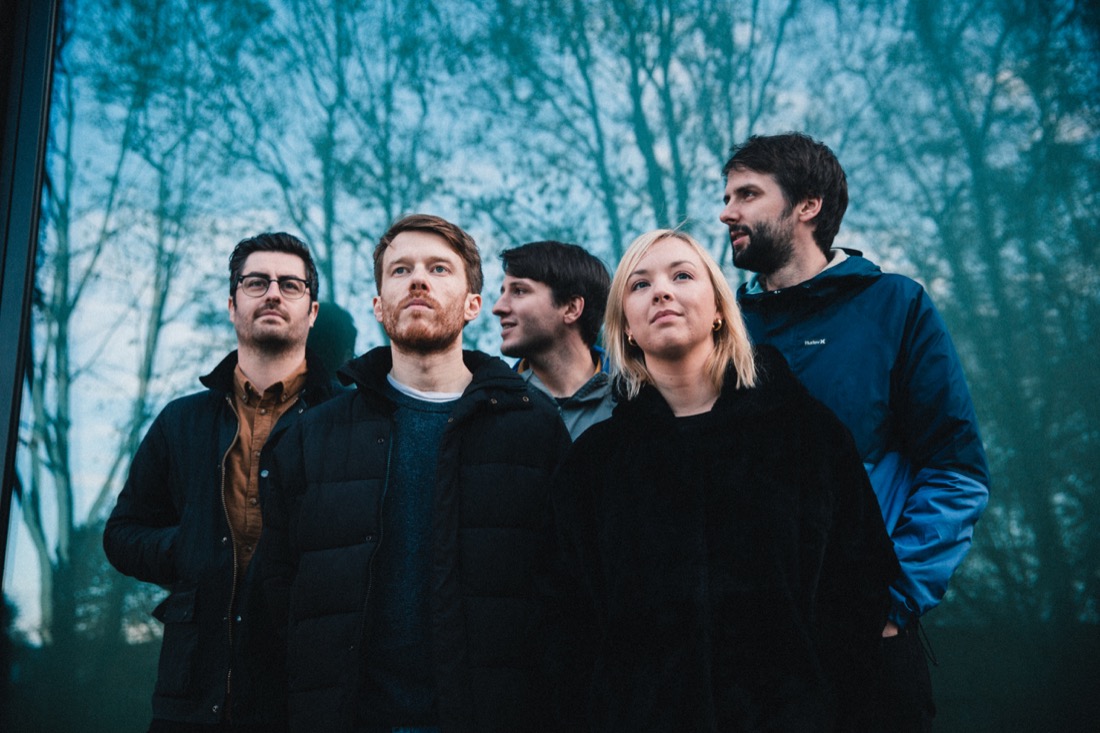 Joking aside, there is no small amount of irony to the fact these ’90’s enamoured alt-rock sweethearts are more barely than totally Dublin. The spate of breathless press that preceded their debut LP invariably viewed the group through the lens of the purportedly booming Dublin scene. With a certain sliver of Irish guitar music currently enjoying almost-unheard-of international attention, Silverbacks – distinct as their sound may be – have found themselves in the somewhat odd position of having their name uttered in the same breath as the same two or three other bands almost without fail. Who’d have thunk that two brothers sending demos back and forth between their respective Belgian boyhood bedrooms would end up anointed as musical standard-bearers for the Hibernian Metropolis.

None of the peculiarity of their current situation is lost on Hanlon and O’Kelly, especially considering they aren’t nearly as new to the game as the phrase “debut album” might suggest. In fact, Hanlon herself was an early Silverbacks fan, back in their aforementioned bedroom iteration. “When I started in Maynooth – I followed Daniel over, he is two years older – we had already been putting stuff up on Soundcloud for ages. I met Emma when I started in college and she was like ‘oh! I really like Silverbacks’, she actually thought we were covering bands in our early demos”, laughs O’Kelly. Emma continues, “I was really impressed! We were only 18 at the time and I really thought there was no way they could come up with songs that good by themselves.”

The nascent full band Silverbacks line-up took shape in the months that followed the O’Kelly’s reunion in Kildare, the Maynooth music department proving the perfect petri dish. “When Daniel arrived, he told me he’d landed in this cool town where you can kinda party with whoever you meet and it’s small enough that you constantly run into people so it’s easy to make friends,” says O’Kelly. “I said fuck it, I’ll come over. I got on that music course and met Emma. Before I even went to Maynooth, Peadar [Kearney, Guitar] and Dan already had their own little duo, making recordings together and putting them on Garageband. Peadar went to France for a while to teach. Dan and I were still putting out music on Soundcloud and Emma was, of course, involved in the songwriting process then too. When Peadar got back, we were kind of like, why don’t we give Silverbacks more of a go?” The final line-up was completed with the arrival of Gary Wickham on drums, a longtime friend of Kearney from the previously mentioned thriving Newbridge gig scene. And with that, the key players were established.

In a sense, what sets Silverbacks aside from the contemporaries can be best explained by what they have in common. Silverbacks’ Maynooth origins bear a certain contrast to the music program that brought us The Murder Capital and Fontaines D.C. [uninvoked for over 600 words. Surely a new record]. Where BIMM – the Liberties based music college that boasts Fontaines and Murder Capital members amongst its alumni – has produced a class of bands distinctly urban in their preoccupation with appearing urbane, Silverbacks, on the other hand, bring a certain satellite town sensibility to their approach. This Anywhereseville suburban bent might not furnish the band with quite as hard an edge, but leaves plenty of room for comedy. Thankfully, O’Kelly, Hanlon and Co. are concerned with expressing frustration in hues beyond the furious or smoulderingly morose.

I wonder if they ever talked about it, the scope for goofiness that comes with already being. “I think if we were to present ourselves in any other way it wouldn’t be truthful to us,” explains Hanlon. “We’re all from more suburban areas. We’re all from different towns. I’m from Drogheda, the lads are from Newbridge and Kilian and Dan grew up in a completely different country.”

“Daniel once joked that Silverbacks are very firmly on the fence. I guess that means we don’t take ourselves too seriously but sometimes we do,” continues O’Kelly. “We’re serious about the band, we’re serious about what we decide to put out. We all work full-time and any annual leave we have, we use to do a tour or play gigs abroad. So, we’re very focused on the band but I don’t think that we take ourselves individually too seriously. We’re not too fashion conscious, we’re not wearing famine era clothes, we’re not too involved with that side of things. We’re ordinary people.”

“I know what you are talking about though,” Hanlon picks up where O’Kelly leaves off, “There are plenty of publications that can write about Dublin like a place trapped in the 18th century but that’s not the Dublin we know. It’s also definitely not an intentional thing where we decided to go against the grain in that respect, it is just a natural thing. Maybe it’s just another aspect of not taking ourselves too seriously”. “I think we demonstrate a different kind of passion…I guess that kind of obsession with music is clearer than anything else”, continues Hanlon “You can maybe see a lot of influences”.

That is one thing that Silverbacks take seriously, music. Both theirs and other people’s. As we discuss Fad, it is striking how often the pair say thank you. It feels almost a reflection of the reverence they have for the bands that plainly mean so much to them. You get the impression that the five of them are all party to a constant inter-band discussion about the musical minutiae and the work of artists they admire. So deeply felt is their shared obsession that they are genuinely surprised and delighted to be faced with somebody speaking about their own record with the same regard. 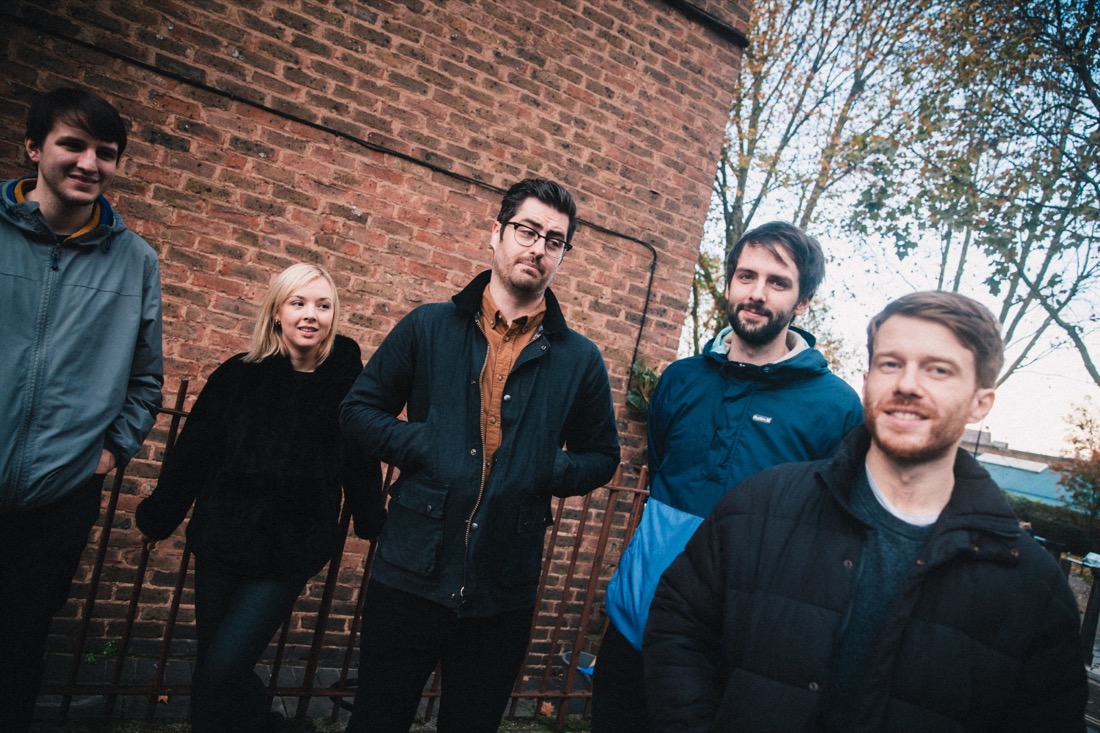 It’s maybe telling that the two key points of inspiration mentioned over the course of our conversation were Sonic Youth and Yo La Tengo. Both acts defined by their longevity and generic malleability. Not to mention both have legacies totally removed from their debut releases – a somewhat rare phenomenon amongst indie rock bands in general, where a strong start followed by diminishing returns is an all too familiar trajectory. For Hanlon and O’Kelly, as satisfying as it was to have the vinyl arrive in their gaff, Fad is just a starting point, not the final destination.

Finally having an LP out in the world raises certain question though, how do Hanlon and O’Kelly now characterize their relationship to Silverbacks? Artists can so often be that much more special when they have spent time with the art as a true outlet, a completely unrewarded passion. It might sound counterintuitive, but it can mean more when an insurance broker shreds – to broker and listener alike – than when it’s somebody too cool to work. There is both a wisdom and a comedic sensibility reserved for those who have experienced the drudgery of late-capitalism first hand. What space does Silverbacks now occupy between work and play?

“Well, we would love, love, LOVE more than anything for this to be our full time jobs,” responds Hanlon, “But the realities are such that that just isn’t a possibility at the moment. We’ve got life to pay for, we’ve got rent to pay for… Me and Emma are together nearly nine years, so we’ve talked about this stuff before,” elaborates O’Kelly. “We plan on doing stuff with our lives in the next five years that we couldn’t really do if we relied on Silverbacks for income, not to mention the extra pressure that would create when it comes to us going in to the studio to actually record something.” “It is still a really fun outlet for us so I’m not going to be stopping while it is still this much fun,” says Hanlon.

“We’ve actually been talking about sacrifices a little bit recently,” O’Kelly goes on. “Daniel got offered to move to Belgrade for a job and he didn’t because the band is here in Ireland. I’ve got a job in insurance. I’d much rather be spending time getting more experience teaching – I’ve a PhD in music composition – but I can’t do both. So, we know that we’re all able to make certain sacrifices for the benefit of the band. I guess, to just tell where we all are, and what we’re all doing, is the easiest was to show how we feel about the band. You make the sacrifice of not taking a job, or having to leave your job, or being unemployed for a while, or taking a new job that you hate so the band can work.”

Business, pleasure or somewhere in-between, Fad might be the record, but Silverbacks are in this for the long haul.

Fad is now on release on Central Tones