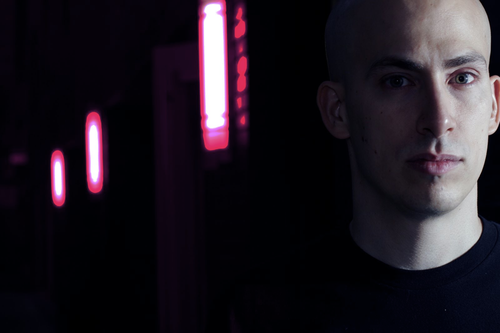 Morgan Geist takes having a good time very seriously. He makes good time music, dance-your-ass-off music, disco for the ages. He makes an art out of it. Born in New Jersey and resident in New York, Geist has been producing and DJing since the mid-90s but first came to prominence alongside Darshan Jesrani with their Metro Area project around the turn of the millennium. His music has fallen in and out of fashion since but he has stuck to his guns and continued developing his beautiful, deep, danceable sound. His Storm Queen alias set the tone for the recent success of people like Todd Terje and Lindstrom and once again, he finds himself at the peak of a glitterball wave. Importantly, Geist is also a master DJ, with skills honed over decades of constant playing, and he is always a sure bet on the dancefloor.

TD: I was reading this interview with you from years ago (2008 I think) and you were talking about how much you hated the music industry, how you were ready to leave it all behind. You’re still here obviously enough, did you find a way to deal with it? Its something I think about a lot, the tension that comes from making a living from music.

MG: I still despise the the situation we’re in with recorded music. Recorded music is one of the most important things in the world to me – even more important than live concerts, because I love recordings, I love RECORDS – and it’s hard to see it so devalued, both monetarily and culturally. People have no problem paying for a plastic bottle of tap water they’ll piss out an hour later, but consider artists selfish or lame if they actually want to get paid a tiny bit for their work. Beyond the economic aspect, music is rarely the focus of attention anymore; someone listening to a YouTube video through iPhone earbuds while reading Twitter was not really the ending I dreamed of for my music as I spent decades honing my skills and buying equipment in an effort to create the best records I could. I’m know that sounds really negative, but it’s true. So I felt incompatible with all of that, and it felt worse and worse each year, and it made me want to quit. It still does, and I’m always thinking of other things I can do. But then I remind myself that I am extremely, extremely lucky that anyone even gives a shit about the music I make. Far more talented people have lived their lives with their music unheard, yet some crazy people in Dublin are going to fly me over there to play people some records that I like! So I realized I’d be an idiot to throw that away.

At that time as well, you seemed to feel that the kind of music you were making was at odds with what was going on elsewhere in the music world. Do you still feel this way? The Storm Queen singles seem to have brought your music to a whole new audience.

Well, whether what I like to make coincides with what people like to hear is really luck. In 2008, my taste wasn’t aligned with anything popular. In 1999 with Metro Area, it wasn’t, but arrived just in time for it to come into fashion. With Storm Queen, the timing was good once again. I was totally surprised by the positive response! I was terrified putting out the first record and wasn’t sure anyone would like it. I just make music in my studio and can’t predict what will hit or fail. I just make what I want to make at the time, you know

I’ve read that you were a gear nerd from an early age. It’s very easy to get to a certain level with production now but the skills of the trade aren’t being handed down the same way so the same care and attention to detail perhaps isn’t there on a wide scale. Do you think that people developing an interest in producing dance music are as likely to get into things like you did and pay as much attention to sound quality as you do?

It would be ridiculous to assume attention to detail ended with my generation, but I do admit I sometimes entertain the thought, just the same way I’m sure my parents thought my music was garbage next to what they listened to. But I do think there is a difference today with digital culture and what young people see as a commercial standard. I think standards are lower because the culture of convenience has lowered them. How much work do you have to do to make stuff sound loud through earbuds, or make a file small enough to stream without glitches? Not much – just crush it, compress it and make it loud! I think if people started reconsidering listening to recorded music as an event in itself, something to savour and try to find meaning in, this all might change. Genetically, humans are as smart and creative as ever. It’s our culture of convenience and instant gratification that is changing the final product. And convenience is a powerful force.

What’s your relationship like with New York now? Do you still live and work there? Is it still an inspirational place for you?

Love/hate, but always nice to come back home.

Do you find audiences and clubs different in Europe than America? Do certain places feel different to you when you play there or has your experience kind of leveled that out at this stage?

No, Europe and America definitely feel different. I’ve always thought Europe was “better” but I never feel any naive feeling in Western Europe. It’s a double-edged sword. People are more sophisticated in general as far as club culture in Europe, but as a result, you rarely feel that awesome, naive vibe. You sometimes can still feel that in the States as new generations get into things.