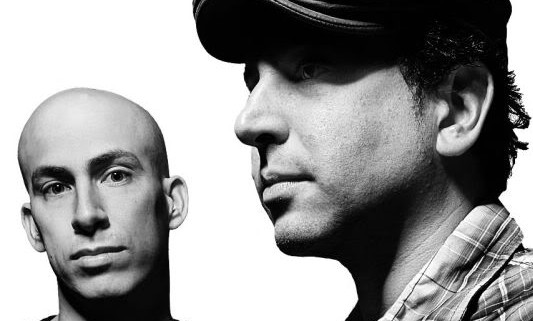 In a year of big comebacks, Metro Area’s might well slip under the radar. The New York house duo, comprised of Morgan Geist and Darshan Jerani, rose to prominence with their ultramodern take on house and techno with the release of their debut album in 2002 and three subsequent EPs – since then, it’s all been very quiet.

Proof that you can’t keep a good party down though: MA are back and visiting Ireland as a duo for the first time the June 14th. Nightflight boys Dave Redmond and Paul Fogarty gave us a primer for the uninitiated – and some deeper cuts for the experts.

This has Metro Area written all over it. Its playful sounds and live drums are a huge part of the MA sound. As per usual Darshan delivers a dancefloor killer that has gotten many a spin over the years at Nightflight parties. DR

Storm Queen is the moniker of Morgan Geist one half of Metro Area. Look Right Through was his maiden voyage under this name and what an introduction it was, instantly becoming a classic. Damon C Scott delivers the vocals while Geist’s production is littered with ping pong percussion and a monster bassline. DR

Probably the best known song from their self-titled album. For me, this is a masterpiece. Combining vocal cuts, squelchy sound efx and lush strings, Miura is part of Metro Area’s best work. This track seems not to have aged, thus proving its greatness. DR

Taken from Geist’s *Unclassics* album, this is the tune of the record for me. Expertly combining classic disco guitar with that unmistakable galloping bassline – a killer. Drawn out over 5 minutes, it finally drops the vocal “I need a man!” which is always met with a rapturous response. DR

This is where it all began – a raw squelchy house beat, handclaps from heaven, a simple, addictive riff with echoes of classic Detroit techno, and strings and keyboards perfectly placed in the mix for a little of that human touch. PF

The four-to-the-floor anthems made their name, but the MA boys are equally adept at creating less frenetic pieces while keeping the dancers happy. This is possibly their finest moment –sweeping disco strings melding with playful percussion and a gloriously simple keyboard motif. An ‘on the session at sunrise’ anthem for the ages. PF

Darshan strips out all the vocals from this Italian rarity from 1984, creating a melancholic, yet oh-so-uplifting disco symphony that’s just built for a transcendent after hours moment. PF