Posted 1 month ago in Arts and Culture, Music 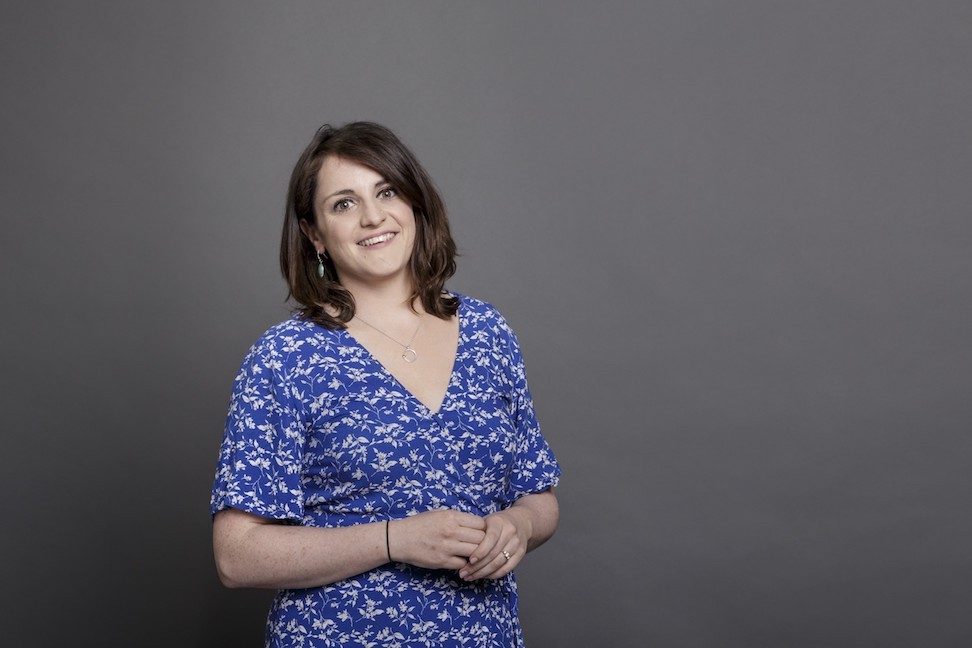 The theme of revolution will be explored through the prism of poetry and traditional singing at Abair- The West’s Awake, an evening being hosted in Richmond Barracks as part of St Patrick’s Day festival. We talk to singer Nell Ní Chróinín about the art of sean-nós singing and how best to sing a rebel song.

How has lockdown impacted on your work? Has it enhanced or upended your processes?

When the pandemic first hit, I was away in the States on tour with Danú. Our tour was cut short and we returned home early through eerily quiet airports and it all seemed very surreal to me. After getting home I found my calendar was, for the first in a long time, free for months and months. Having that time at home where each weekend wasn’t spent driving around the country to festivals and singing sessions , gave me a little breathing time, that to be honest, I didn’t even realise I needed.  Of course, I miss those days now, hugely but in the beginning I enjoyed the time at home to reflect and recharge to batteries. Like a lot of other people, I jumped at the chance to perform at virtual gigs and events from the comfort of my own home, but the experience just wasn’t the same as being with people, feeling the atmosphere and getting feedback from audiences. Having the time at home has given me the opportunity to revise some songs that I hadn’t learned fully or exploring some new ones and although I am singing away at home I am really looking forward to getting out again and singing in front of a live audience instead of in front of a laptop or screen. You just can’t beat the real thing!  So lockdown has had its ups and downs for me, personally but also artistically.

West Cork has always been a bit of a hotbed for revolution, what are your earliest memories of rebel songs in the Múscraí Gaeltacht where you grew up? Is there any seminal song which has stayed with you down through the years?

Cork, undoubtedly, has seen its fair share of revolutions and uprising down through the years. For me, the earliest memory I have of rebel songs is hearing a cousin of mine singing The Boys of Kilmicheal one Christmas. I loved the way everyone got really riled up and sung along in chorus with gusto! A song that would be closer to home and closer to my heart is one I first heard being sung by Finbarr Kelly, called Cath Céim an Fhia about a battle in Céim an Fhia in 1822 between the Buachaillí Bána (Whiteboys) and a local batallion led by Lord Bantry. I was and still am particularly fond of this song as Céim in Fhia is only a few miles up the road from where I grew up in Béal Átha’n Ghaorthaidh but also written by Maire Bhuí Ní Laoire, who although was illiterate, composed some amazing powerful songs, this one being her best known work.  I was always fascinated by her story and her bravery to write about such controversial issues at that time.

What is the trick to singing a ‘rebel’ song, can passion get you over the line?

I think the key when singing any song is to portray the emotion and the feeling of the song as it was intended to be told. Songs really are stories, and the singers are the story tellers. We need to ensure the words can be clearly understood by the listener and that the emotion pours out of you as you sing. Certainly, in terms of rebel song, passion is essential. You need to believe what you are singing about and relate to the person who wrote the song, you must be able to put yourself into his or her shoes in order for you to execute the song correctly.  You can also use little techniques such as ornamentation / phrasing and variation to help you in getting the story across also.

How much research have you brought to these songs? Have you seen much of an upsurge in interest in the art of sean-nós singing in recent years?

The songs I chose for this performance were songs that I have been singing for years and so I would be very familiar with the background and the story of each song. The research would have happened when I was learning the songs.

Thankfully, I feel that sean-nós singing is in safe hands. I am currently involved in a singing organisation that has been running in Múscraí since 1999, called Scéim Amhránaíochta Aisling Gheal. The aim of this singing scheme is to ensure the local songs are kept alive by teaching the songs to the children in the local schools. As a past pupil of the scheme, I can safely say that without Aisling Gheal the tradition in Muscraí among the younger generation may not be so strong as it is today. When I attend festivals like Oireachtas na Gaeilge it is so refreshing to see the amount of people (young and old) singing sean-nós songs from all over the country. I think people who may not be familiar with sean-nós singing are intrigued by the style of singing in recent years and it’s a vital part of the Traditional music scene in Ireland. The history and story of the songs, the style and technique of the singing and the emotion of the songs draws people in.

You’re based in Kilkenny now, have you explored the musical heritage of the area?

I am living in Kilkenny now for six years and I am very lucky to be surrounded by music and song here. My husband is a local musician and has introduced me to the other stallworths in the music scene here. There are some fantastic musicians and singers here who I am very lucky to call my friends, and I used to have lengthy discussions with certain singers about songs over a few pints at a session pre-lockdown. Recently I have been drawn to songs about the miners out in the mines in Castlecomer, which closed in 1969.

Have you ever written songs about rebellion (excuse my ignorance if you have). How was the experience and what advise have you for anyone aspiring to do so?

I have not, I’m afraid. Song writing is something that I have never had the confidence to attempt. I am in awe of people who compose such powerful and moving songs on the theme of rebellion. I’m not sure I have enough experience on the matter to put pen to paper just yet, but who knows, if lockdown continues much longer, it could be a new hobby I may take up (I wouldn’t hold my breath though!)

Abair- The West’s Awake, presented at Richmond Barracks, is a collaboration of poetry and traditional singing on the theme of revolution with Annemarie Ní Churreáin and Nell Ní Chróinín. Wednesday 17th March @ 18.00 available globally on SPF TV an online TV channel at stpatricksfestival.ie, at RTÉ’s dedicated culture website rte.ie/culture and on TVs across Ireland on Oireachtas TV, which can be found on all TV provider platforms.

You can read our interview with Annemarie here.