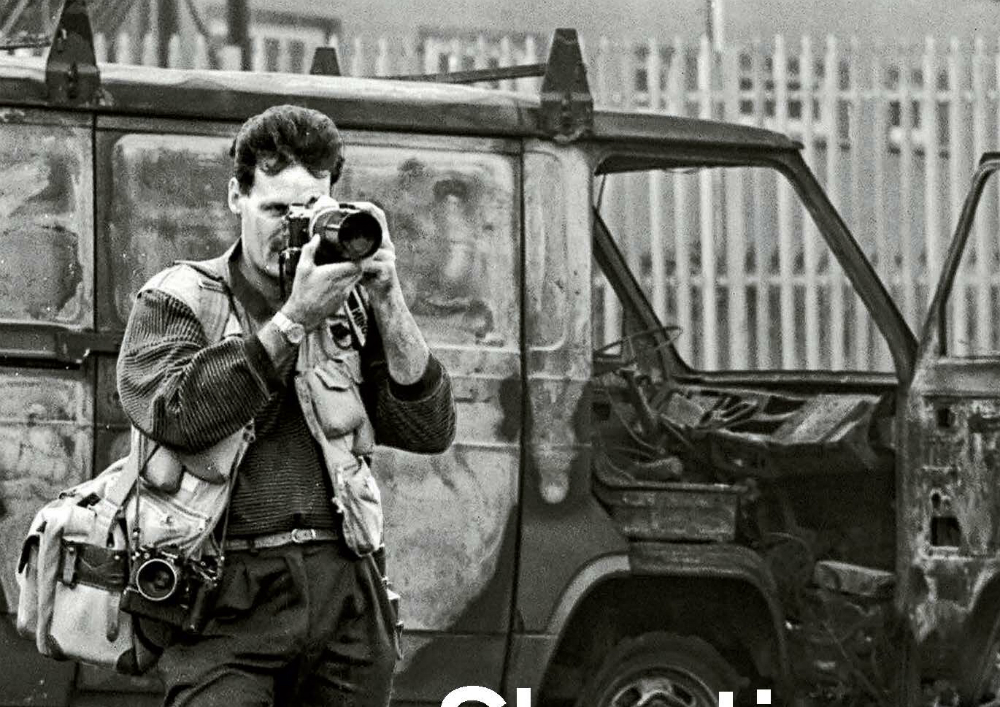 Based on Tom Burke’s critically acclaimed documentary, Shooting the Darkness (2019), comes the photo book which tells the story of the local press photographers in Northern Ireland who, when the Troubles broke out, were thrust on to the front line of daily shootings, bombings and murders, becoming war correspondents in their home towns.

Seven renowned photographers – Stanley Matchett, Trevor Dickson, Alan Lewis, Hugh Russell, Martin Nangle, Crispin Rodwell and Paul Faith – reflect frankly on their experiences, from the trauma of covering hundreds of funerals and being first on the scene after an atrocity, to the ways the different paramilitary groups chose to work with the press, the dangerous situations in which the photographers found themselves, and why their work was so profoundly important.

Included are the stories behind iconic images such as Father Edward Daly waving a blood-stained handkerchief on Bloody Sunday in 1972, Sean Downes being shot and killed by an RUC plastic bullet in 1984, and the brutal attack on Corporals Derek Wood and David Howes in March 1988.

The result is a unique and landmark book, recognising at last the achievement and contribution of the photographers who were shooting the darkness for more than thirty years.