Book Review: The Art of the Glimpse 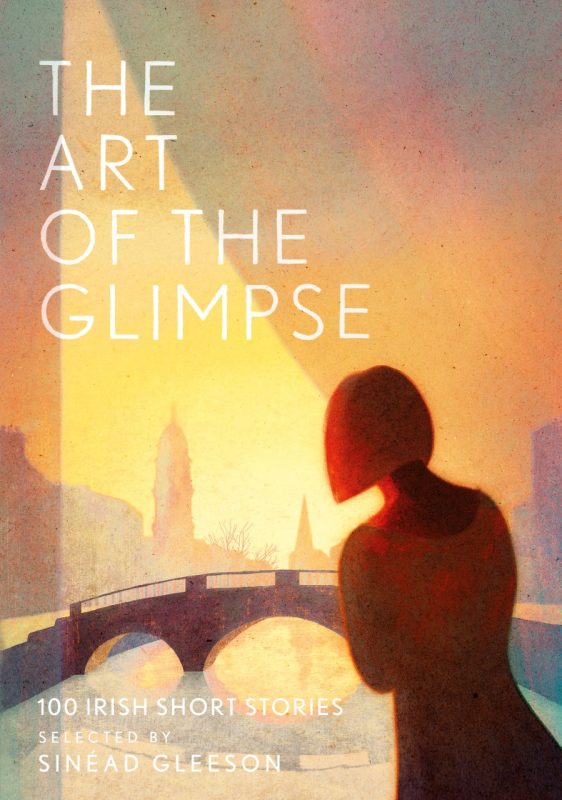 The Art of the Glimpse

Being tasked with sifting through thousands of Irish short stories to pull together the 100 ‘best’ must be daunting, but Sinéad Gleeson has pulled it off with style. The result of all this labour: The Art of the Glimpse, an anthology of Irish writing spanning almost 200 years. This publication aims to showcase a broad range of Irish writers, from those who have been much lauded to those who have been systematically excluded from the limelight in the past. From post-Famine writers to contemporary scribes, these 100 wildly varied Irish writings sit ‘cheek-by-jowl’, separated not by import, class, gender, genre, race, or era. Instead they are sorted solely on the basis of language itself – in alphabetical order. This anthology is both a time capsule for Ireland’s past, and a modern representation of our current anxieties. It traces the history of literature in Ireland, from our male-dominated upper-class Anglo-Saxon past to our present day surge in irreverent female writers.

As expected, the Catholic church makes the cut pretty often, theme-wise, followed closely by class division, homophobia, racism, and all manner of other grisly social problems. There’s also some serious eclecticism at play, and a refreshing mix of humility and pretension on display here. From the modernist heights of Samuel Beckett’s Ping – more a soundscape than a narrative – to the grounded, humble clarity of Maeve Binchy’s Holland Park, this collection can both expand your horizons and tuck you into bed at night. From the delicate and carefully crafted (Bowen, Joyce, Stoker) to the crassest of voices, there’s something for (and probably something not for) everyone in the audience. And perhaps Blindboy’s evocative descriptions of piss undergoing capillary action up a pair of Guiney’s jeans is exactly what you fancy on Monday morning with your cup of coffee. Or not. Whatever floats your boat.

Some highlights of this collection include Elizabeth Bowen’s delightfully delicate gothic tale Ann Lee which takes place in a hat shop in the 1920s. It’s chocked full of wonderfully feminine prose, vivid female characters, and traditional gothic mystique, all in the most sartorially dreamy setting. Kit de Waal’s The Beautiful Thing also deserves a mention for the sonder it conveys. It describes how a daughter ‘meets’ her father for the first time as she finally sees him as a person who has lived a life outside her own. He tells her about his move from the Caribbean to England, the overwhelming racism and dashes of kindness he experienced before she was born.

For our humble isle of 4 million, it’s a fair feat to fill an anthology of 700+ pages with short fiction from the past 200 years, but with Ireland’s historically literate past and its present literary revival, our ability to fill an anthology with quality content shouldn’t come as too much of a surprise. What should be praised instead is how this anthology celebrates Ireland’s varied voices and colourful narratives. The Art of the Glimpse is, however, just that: merely a glimpse of what Ireland has to offer.