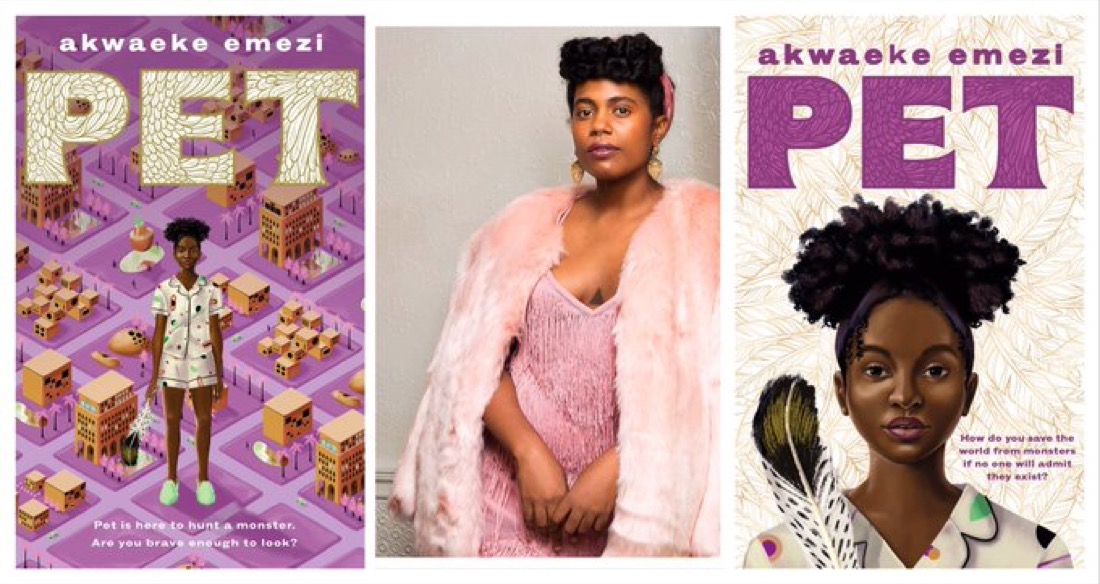 “Reading this book demands an attentiveness, a willingness to read anew”

In the first few sentences of Pet we are introduced to words whose meanings will be snatched back from what we think they mean:

There shouldn’t be any monsters left in Lucille… they used to be the police and teachers and judges and even the mayor… Lucille has a different mayor now. This mayor is an angel.

The novel’s premise, laid out in these opening paragraphs, is deceptively simple. Following a revolution there are no more monsters left. Jam, the teenage protagonist, has never lived in a world with them although she knows they existed: her mother’s name is Bitter, so named because she was ‘the result of a monster’s monstering.’ Then she accidentally cuts herself on her mother’s painting, and summons the creature it depicts into real life. This is Pet, ‘a thing that does not fit’, and it is here to hunt a monster. 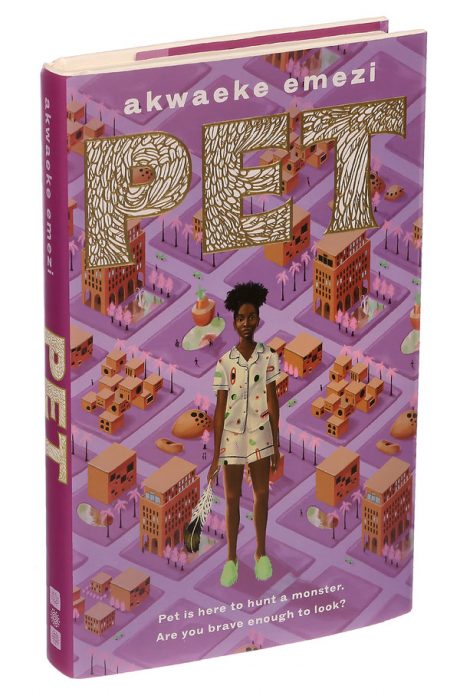 World-building must be done sparsely when you don’t have the page count for the sorts of lengthy asides found in adult fantasy. Word-building, too. Monsters and angels… Assuming we know what those words mean, the reader is constantly wrong-footed and admonished: don’t project, don’t assume, just listen. Reading this book demands an attentiveness, a willingness to read anew. You might make an assumption about a character’s gender, or about the makeup of a family, only for it to be swiftly undone. The effect is one of amusement on Akwaeke Emezi’s part: see, they say, how stale your mind has become? Language sparkles throughout with the dance of linking words together in ways we are surprised to find. Jam is ‘tired, as if a blanket made of world was pressing down on her’; she eats breakfast ‘as if the skin of her life was normal, as if it hadn’t bubbled and warped and fallen off.’ The other-worldly dimension that Pet comes from leaves ‘a distinct residue of disappointment on her fingers’.

As Jam struggles to reconcile the world she believed she lived in with the trickier one Pet is presenting, everything that was black and white gets made difficult. This feels like a parable for much more than teenagehood: an urging to look beyond what we want to believe and confront what is ‘real anyway’, regardless of whether we acknowledge it. It could have been overwrought and moralistic, especially when Pet talks in aphoristic language about truth and justice, but it isn’t – Jam’s confusion is heartbreaking. ‘It’s hard to look at things differently, I know’, Pet tells her. The hunt crystallises all the horror of trying to understand the bad things people can do to each other, the danger of clinging onto binaries. What is left is the trickiness of relationships – but also the strength of trust within that. When Jam comforts her best friend Redemption, ‘she climbed into the silence with him, staying there, feeling its soft curves’. Pet, ‘wings loud with righteousness’, is a striking creation, but it is Emezi’s depiction of love which will stay with you.