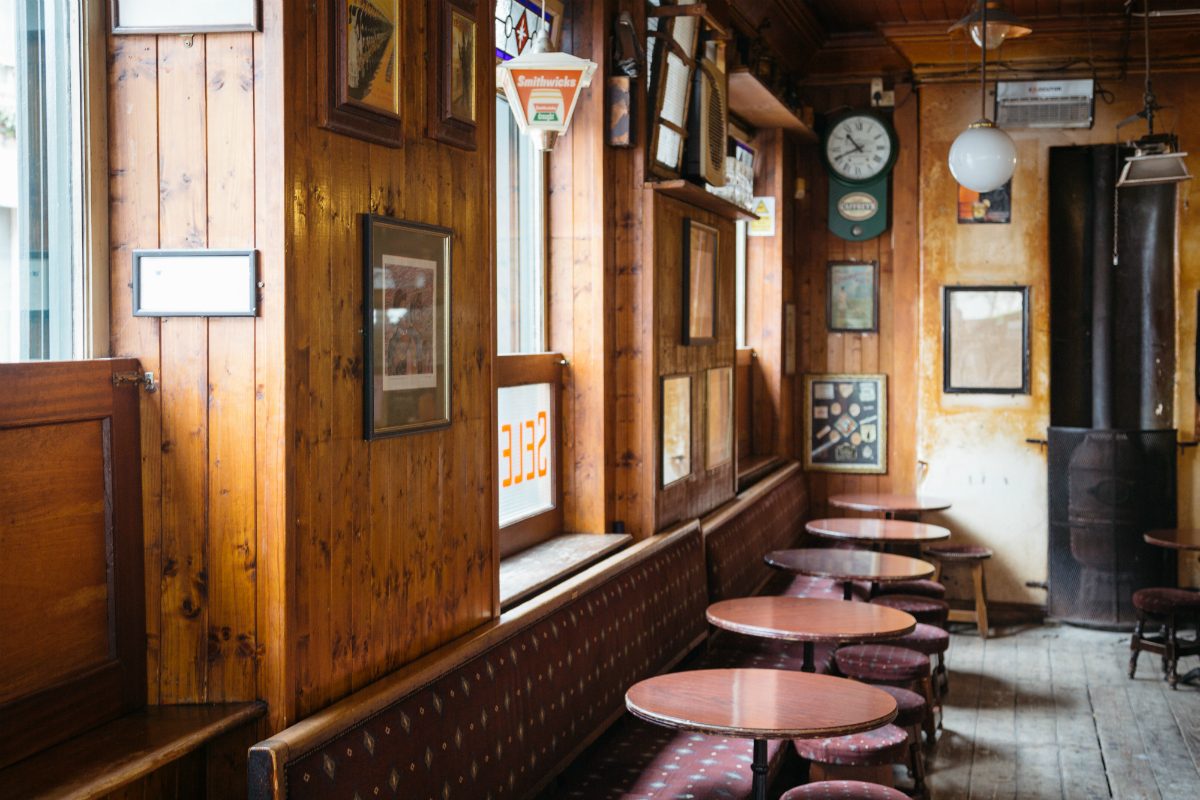 I have some history with this place, it’s that kind of place. I’ve been haunting the shop on and off for about thirteen years since meeting my current wife. She was something of an ‘early adopter’ of the neighbourhood, a pre-gentrification pioneer.

I had a (slightly unsteady) pint there a decade ago with my best man before walking over to Francis Street church to await my soon-to-be bride. My best buddy chose the same venue to come out (to me) over equally unsteady pints some years later. It’s the kind of place that can deal with momentous. It doesn’t care, it has seen (and heard) it all since 1911.

I’ve seen the crowd change a little over the years – you would have a few antiques guys talking Chippendale alongside actual antique geezers just talking shite. These were ‘the fixtures’ – ‘aul lad John who would bring in his own unlabelled orange liquid to adulterate his vodka, the dude who always rocked shell-suit bottoms with loafers, the late, great George Byrne who took me to school on the subject of David Bowie on more than one occasion. Characters make for a characterful place.

You’ll see a few tote bags now and a few REPEAL shirts too but this is all to the good, Fallons has always been a proper local, and the locality is changing. 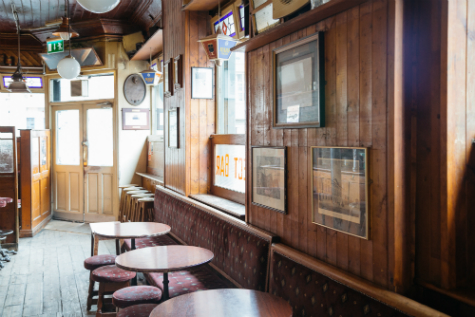 On the night that I elbowed up to the bar with my wife and a solicitor friend the narrow room was humming with the sounds of conversations 3 or 4 rounds deep and it’s a pleasant place to be. New owner Connor Linnane (also of The Dawson Lounge) has done a fine job of curating the dark wood-clad space by doing very little. The facilities, once a sniff and scram scenario, have been given a lick of modish grey paint. Out in the saloon the light is diffused and sympathetic, casting a caramac-coloured calm. On the back bar bottles of Green Spot and Teeling’s occupy real estate that might have once belonged to Paddy or Tullamore Dew. This is progress. You won’t be ordering Negronis here and you don’t want the snipes of critter-label wines but Dave could mix you a decent G&T with Gunpowder and Fever-Tree. It appears to be a condition of employment here to be called Dave, or at least to answer to the name. I dimly recall being barred by a Dave at one point but it didn’t stick, his recollection apparently even dimmer than mine.

He agrees to run a tab on the card (more progress) and we drink unimpeachable pints of Guinness opposite the unburnished Burco until we feel like stopping. It’s as if the joint has absorbed a lot of rough-edged good humour over the years, heard a lot of shit set to rights, and you can feel it. The yellowed artefacts still bear witness on the walls. There’s a much coveted snug inside the door and some rickety tables the size of biscuit tin lids but wherever you sit you won’t want to move anytime soon. Here’s to it.