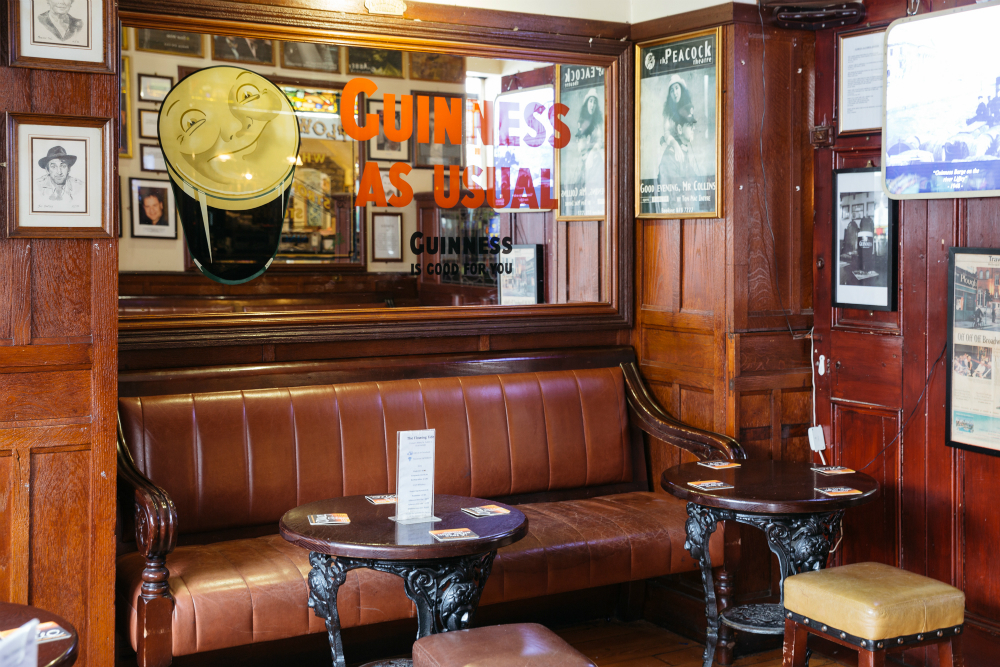 The intention of this Barfly was to explore the confluence of the public house and great art. I would gaze upon the intersection of boozer and high culture for the edification of all. It would be crashing Dorothy Parker’s table at the Algonquin or earwigging next to Georges Bataille’s at the Café de Flore. I might witness the likes of Dylan Thomas poisoning himself with eighteen straight whiskeys at The White Horse Tavern or experience some Papa Hemingway type soiling himself fore and aft at La Floridita in Havana. It would be transformative, catapulting me from these pages to loftier, more lucrative heights.

The Flowing Tide is what is commonly referred to as ‘a storied pub’, one of those ‘remember the time when…’ spots. In my experience one rarely does remember the time because one was too bladdered or the story itself is bullshit. Nevertheless, it’s fair to presume that it is regarded as one of those places chiefly because of its proximity to The Abbey Theatre. This, I am told is a real literary pub, not like that Davy Byrnes place, hustling punters (mostly septics) into buying gorgonzola sandwiches for the guts of a century now. Drawn by what I imagined would be a wealth of apocryphal Abbey related tales – ‘I swear to fuck, Peter O’Toole stood right where you are now and drank a double Dubonnet with his lad, and sure that’s where the name came from’ – I bundled the missus into a cab and headed across the river. 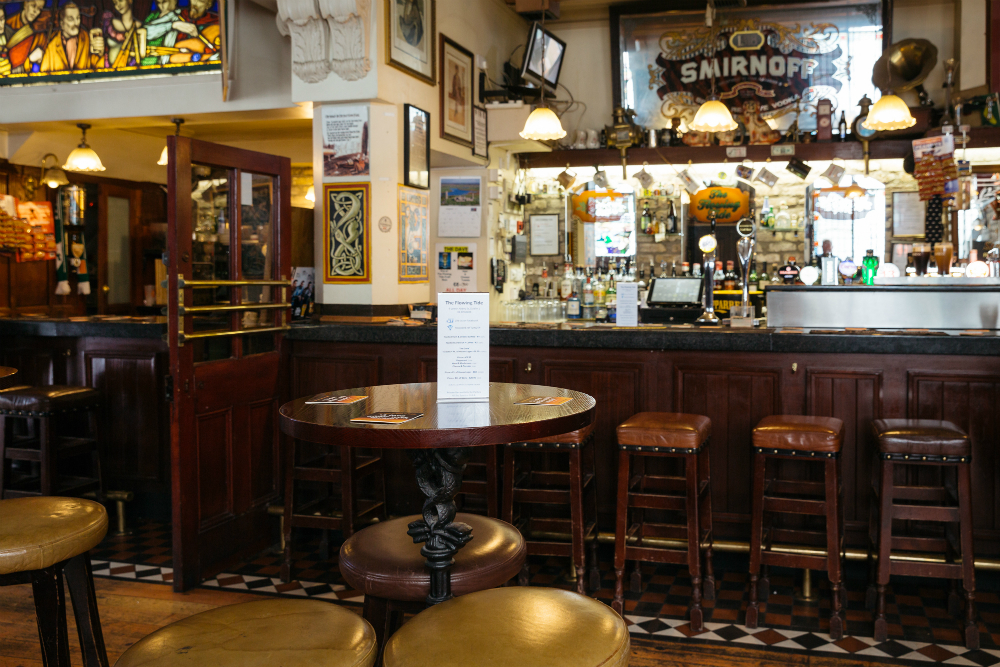 As the car crawled down the quays at around 5.30 I began to sense that something was amiss with this Sunday. There were too many people. Two many poorly dressed people walking in the same direction as if united in common purpose. My dread is confirmed as we approach the careworn (but attractive) stone facade of the pub. Croke Park has apparently just disgorged an unthinkably vast horde of muckers and most of them have contrived to slake their collective thirst in The Flowing Tide. What I find is a crossroads where culture exists with a small ‘c’ only. These boisterous bastards care nothing for Vladimir or Estragon. The fucks they could not give could fill the Hogan Stand. The dog on the street knows that these sons of the soil are unconcerned with the illumination of the human condition. I fight toward the bar, a highly visible minority in this city of my Father’s Father and his Father before him and get a round in.

The Guinness is in good nick and served here country style, with half of the head dribbling down the glass. At this point the shop could be reasonably be described at inundated. A tsunami of GAA enthusiasts has crashed over the joint. The flotsam of Deise commingling with the Rebel jetsam to form a turbid aural soup of almost incomprehensible gibbering and whooping. What I can see of the room suggests a nicely shabby space with some stained glass nodding to the place across the street. We drink more pints, taking in the sign advertising ‘The Dave’, a pint of craft beer and a ham and cheese toastie for €6.50, all day, every day. Pretty sweet deal. As I attempt egress and a visibly refreshed Corkman begins bellowing ‘The Boys of Kilmichael’ into my outstretched lughole I make a mental note to avoid this place on Summer Sundays.