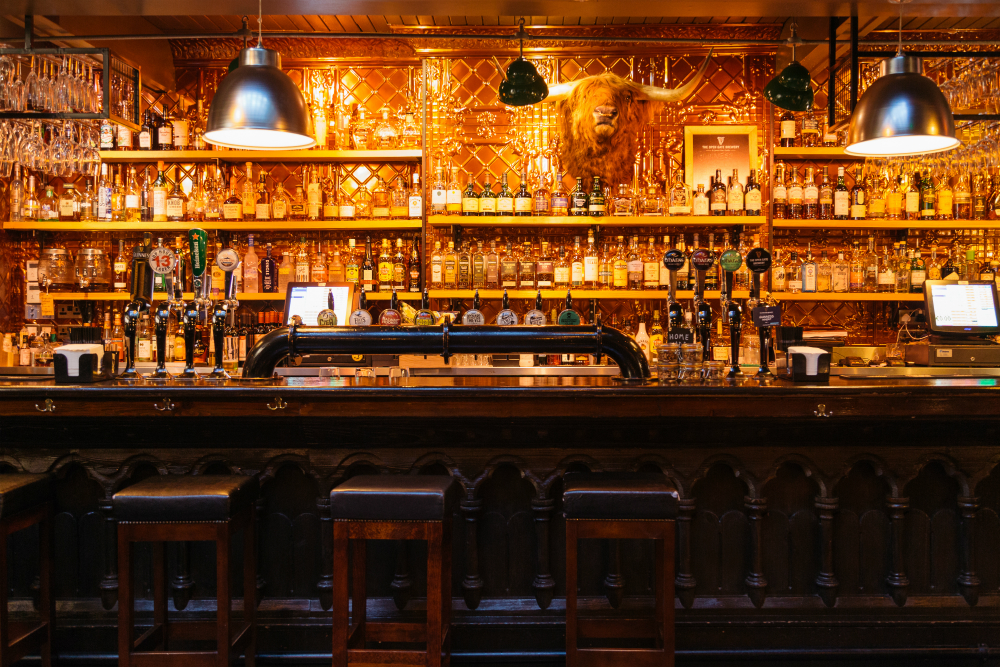 Some things – like beer-halls and mid ’90s alternative rock classics* – are timeless. Only one of these things prevailed upstairs in Bull and Castle. Our visit was spurred on by the recent announcement of the addition of an oyster bar to their offering, only to find that bar upstairs had been given a lick of paint. The re-styling marked a determined shift away from the era of premium imported European beer being a thing, to which the Bull and Castle had resolutely and somewhat charmingly held.

And let’s see if you can’t guess the contents of this Changing Rooms style makeover? Playing on the bar’s ownership by FX Buckley’s, the Bull and Castle has doubled down on taxidermy, butcher’s tiles, a plethora of weighing scales and chalkboards on the walls declaring the specialness of all their offerings: their oysters, their rum, their gin, their beer. 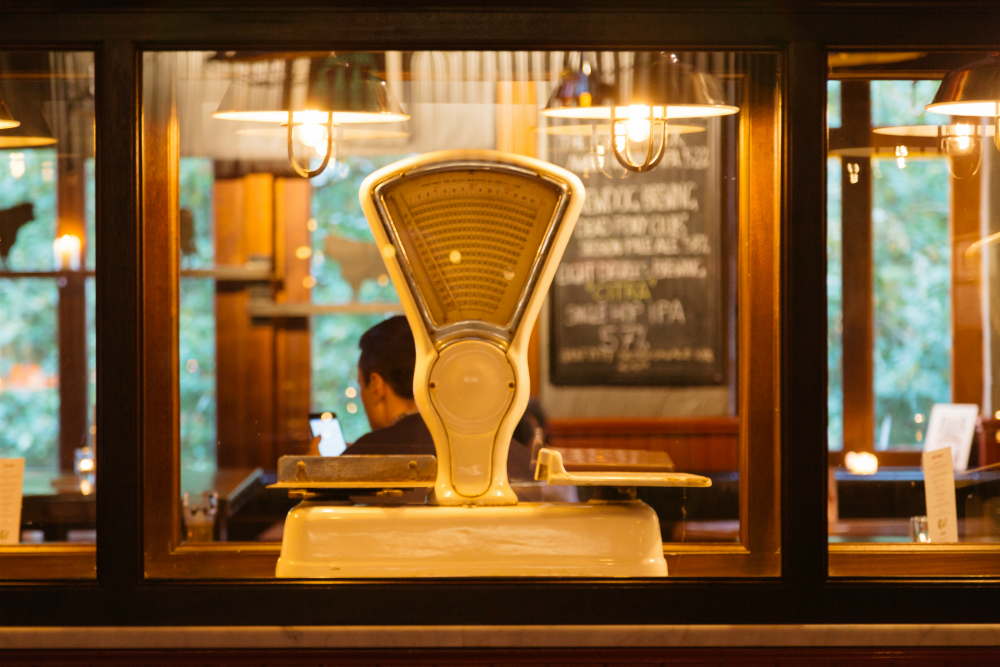 Billing itself as a gastropub and beer hall – which I had assumed was the downstairs and upstairs respectively – the Bull and Castle now seems more like it’s entirely the former. In itself that’s no bad thing, but the upstairs still feels a little like it hasn’t quite made the full readjustment. Seated in what appears to be a genuine blind-spot in the bar, we are approached by three different members of the floor staff to check on us, but when it comes time to order another drink or get the bill it’s difficult to get their attention.

Thankfully, their oyster offering hit the spot. They have on the menu Carlingford oysters and a rotating special (each €2.20) served on a bucketload of ice. By comparison the oysters are more expensive than Temple Bar’s Klaw (which are €1.50) but the scales and realities of both establishments could explain the difference in price. The beer selection encompasses a decent array of typical craft favourites, while the pint of Guinness was good and came in under a fiver.

Having shed its own traditions in search of something more voguish, the Bull and Castle is working through some growing pains, but thankfully it still has enough – mostly its food and size – to recommend it.

*No Rain by Blind Melon, Cure for Pain by Morphine and She Don’t Use Jelly by Flaming Lips

The Bull and Castle