Posted 2 weeks ago in Book Review 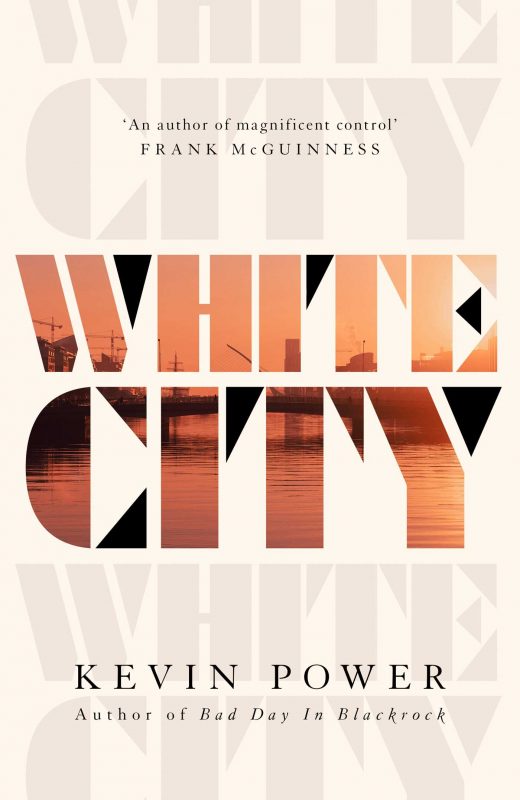 While spared his truly grim fate, Ben, Power’s anti-hero, is a kind of Patrick Melrose of bourgeois Ireland. Self-lacerating but ironic, eloquent but profane, myopic but insightful, Ben has MDMA where Patrick had heroin; a chancer for a father, not an abuser; clowns for friends, not monsters.

The novel is narrated from St. Augustine’s rehab centre in Dublin, to which Ben has been committed, his life having gone – to borrow his own idiom – ‘tits up.’ Encouraged by Dr Felix, his psychotherapist, to put pen to paper and face his demons, White City is what results.

The son of a hitherto successful property developer, Ben is the progeny of privilege. Privately educated in what seems a kind of surrogate Blackrock College, he is now pursuing a PhD – or trying to – on James Joyce. While a struggle, the stakes for Ben, like for others of his socio-economic station, seem low: if the doctorate fails, there’s always a cushy number waiting on the back of his dad’s connections. Only now the latter has been outed as a crook, and this proves the catalyst for Ben’s precipitous descent into debauchery and ruin.

Having abandoned a novel and now unable to fund his PhD – or anything else – Ben is offered a lifeline by the most unlikely of people: ‘the Lads.’ A recognizable bunch of posh blatherers, they lure him, their former school ‘friend’, into partaking in their shady property deal in Serbia, of all places. What could possibly go wrong?

“…a deft satire of Ireland’s rentier class and the pseudo-reckoning of 2008.”

White City is more than Ben’s warts-and-all memoir; it’s also a deft satire of Ireland’s rentier class and the pseudo-reckoning of 2008. ‘The Lads’ embody the delusions of a boom-time generation who, to a large extent, got away with it. Gullible Ben, on this reading, serves as a stand-in for the ordinary Irish citizen who, when the party came to its inevitable end, was left to pick up the tab.

Through Ben’s downfall, Power evokes a broader social malaise: what happens to people when the rug is pulled out from under them, when all that’s solid in their lives melts into air?

Nothing good. ‘With zero money, zero prospects, and zero hopes,’ Ben tellingly deduces that his own deliverance from ‘hypercapitalism’ will be ‘through’ money, not ‘around’ it. Even as he scorns the crass materialism of his peers, he realizes that this contempt is itself dependent on his parents’ means. Perhaps there is no escape, no alternative, after all.

White City’s tone is relentlessly misanthropic. This mightn’t sound like fun, but it nonetheless animates the novel’s riotous humour. In Ben’s diatribes flashes the kind of elusive comedy that literature’s great ranters – Dostoevsky, Céline, Bernhard – were expert at conjuring.

Between Bad Day in Blackrock, Power’s debut, and White City are ten long years. The latter is a radically different novel: irreverent, distinctly not sober, and written with the kind of in-your-face panache you’d expect from a character like Ben.

It was worth the wait.