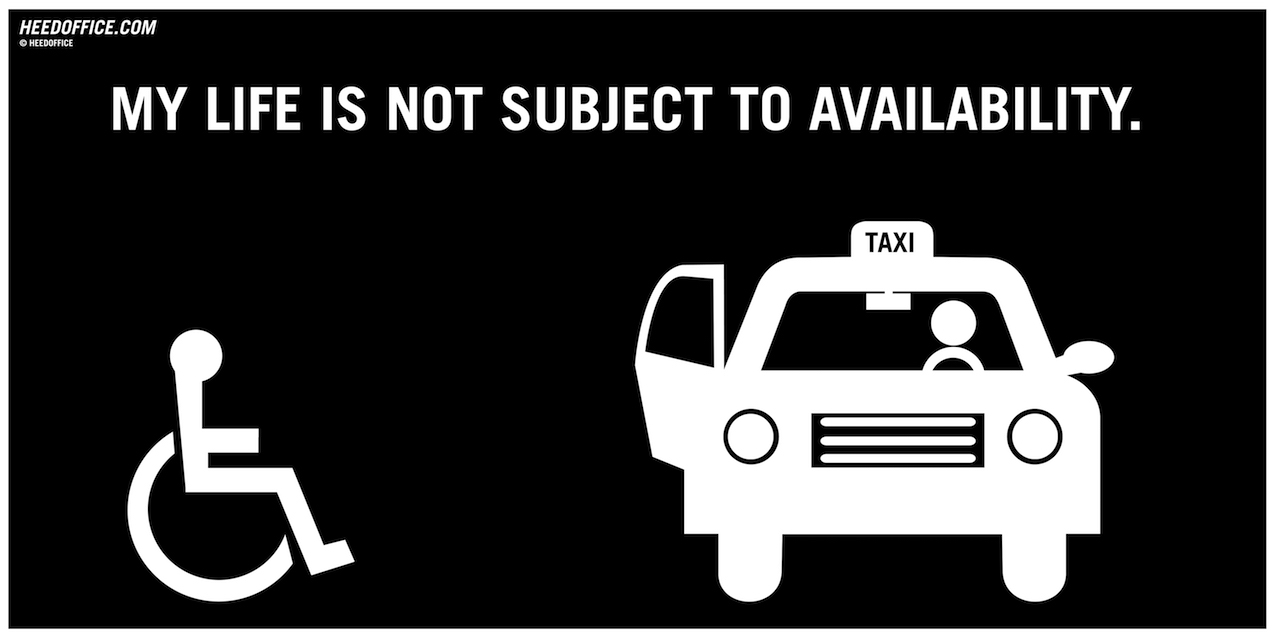 A series of three bold, monochrome posters that unequivocally call out discrimination and inequality within Irish society are at large in Dublin city centre now. Collectively, they form the inaugural project from HEED OFFICE, a recently established artwork arising out of a 2016 art project by Irish artist Garrett Phelan. The 2016 project, titled HEED FM and funded as part of the Arts Council’s centenary project ART 2016, gave voice 24 hours a day for 28 days on FM radio to the unvarnished opinions, stories and feelings of a large group of 18–25 year olds from the Greater Dublin Area, individuals Phelan feels are not well-represented in the media or politics.

The three posters, dealing with the issues of homelessness, Direct Provision and ableism/accessiblity, were conceived and designed by three young women from Dublin, all in their early twenties: Diana Bamimeke (20), Kayleigh McKevitt (24) and Caoimhe Flanagan (20). In this chat, Diana (curator of the poster project) and Caoimhe talk about the origins of HEED OFFICE, their experience of being involved in the project and their hopes for its future. 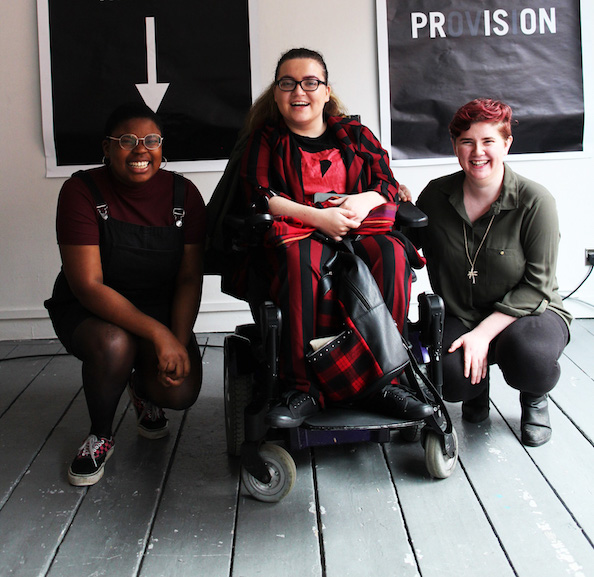 What is HEED OFFICE?

Diana: We had an idea for something that would facilitate young people to come up with their own, self-determined projects. And the projects could be anything – a radio station, a website, a theatre play… the only common denominator is that the projects are run by ‘amateurs’, people without formal qualifications, who just have an idea.

And how did you come to be involved in it?

Diana: I met Garrett [Phelan] doing the HEED FM project, back in 2016. I did a couple of interviews for that, and it was just shooting the shit really, talking about being a student and working at the same time, being a writer.

Caoimhe: I got into it through a foróige club in Tallaght, because the leaders had some contacts with HEED FM. I signed up with a group of others to take part, but when it came to it on the day, I was the only one still interested. I really wondered if it was going to be worth it, but I told myself it was something I really wanted to do. Garrett can be very intimidating when you first meet him, because he asks you these completely off-balance questions. He questions your whole existence and expects you to answer him.

Diana: After HEED FM finished, Caoimhe, Kayleigh and I were the only people who got back in touch with Garrett to be involved in something more. I met up with Garrett in a Starbucks and told him I wanted to do something with my life. At the time, I was just out of college and volunteering here and there. He told me he had this project [the POSTER PROJECT] and he wanted me to spearhead it – and I was so shocked, because I have no leadership experience or qualifications.

How did you decide on the issues you would tackle with the posters?

Caoimhe: The first meeting was way different to anything else we had done before. We got into the studio [Studio 6 in Temple Bar Gallery + Studios], sat in a circle and just talked about issues we wanted to do something about. And some really wild issues were brought up. But we had to narrow it down. So like, we dropped mental health, which is an important issue but too big to tackle in a single poster. 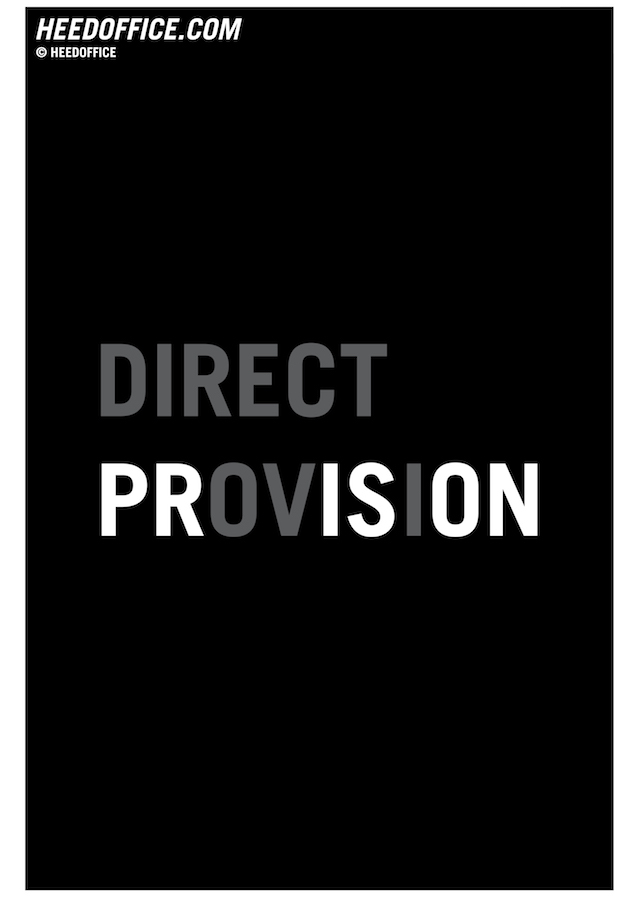 Do you have a personal connection with the issues you settled on?

Caoimhe: I obviously had an interest in the issues, but it wasn’t until I got involved and started doing research that I got really into it. The one I began to notice the most was accessibility. Now, when I go to nightclubs and stuff, I look around and notice everything is steps. It wasn’t until it was brought to my attention that I realised how much of a problem it is.

Diana: Yeah, it really started to open my eyes to how hostile the world is to anybody who isn’t able-bodied.

What are your hopes for the impact the posters will have?

Caoimhe: They’ve already done more than I expected. There’s been a great response on social media. And a couple of old friends I haven’t spoken to in ages messaged me and one of them is even going to get in touch with Garrett about her own project. So hopefully HEED OFFICE has somewhere to go now…

How has being involved in HEED OFFICE impacted your own lives?

Diana: Well, I don’t know what a ‘real’ curator feels like, so for a lot of it I didn’t feel like a curator. When I think of a curator, I imagine some fancy person in a gallery in Manhattan or Paris. And I’m just a kid from Dublin. I’m very grateful for it, but it was a very nerve-wracking thing to do. It was really great to witness the enthusiasm for the project from other people who are really far into their careers, way ahead of where I am. Also, being in those artistic spaces, institutions, interacting with curators and artists, gave me the confidence to move through other artistic spaces.

Do you consider yourself to be a political person in general?

Caoimhe: It depends on the situation. As a whole, I wouldn’t consider myself that political but there are obviously issues I find important. Garrett considers the POSTER PROJECT to be a form of protest.