Posted 4 months ago in Arts & Culture Features, Arts and Culture 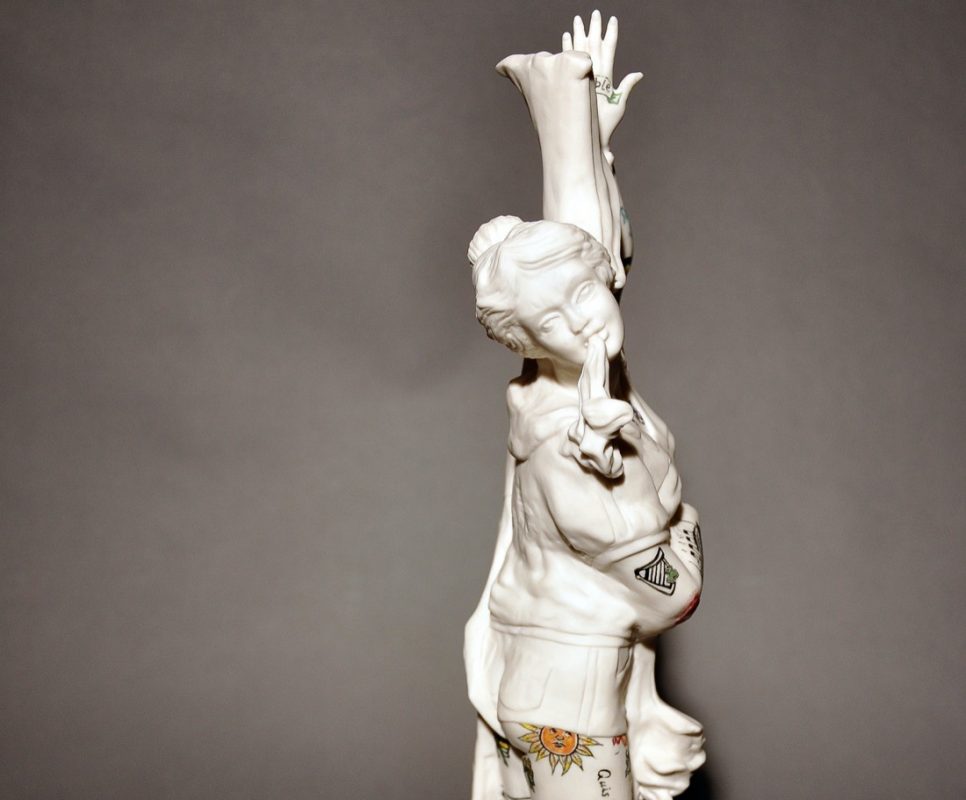 Every year artists submit their works to the RHA gallery in the hope of being selected for their prestigious annual exhibition which guarantees exposure and promises sales. We caught up with three artists (Ursula Burke, Kitsch Doom and Zsolt Basti) who are among the 523 works in show selected from 3900 submissions.

“In making this piece I attempted to create a conceptual bridge between the classical world in form whilst also embedding the work with concepts relating to the nation state, borders and identities in sites of conflict.”

“I made the sculpture Flag soon after returning from a Fellowship at the British School at Rome in 2014, which had a foundational impact on me and my work. Being immersed in the culture and art of Rome for an extended period of time, which is also considered the epicentre of classical art representation was incredibly inspirational for my work. I had come from and returned to Belfast after the fellowship where cultural rivalries in the form of post conflict Northern Ireland was ever present. 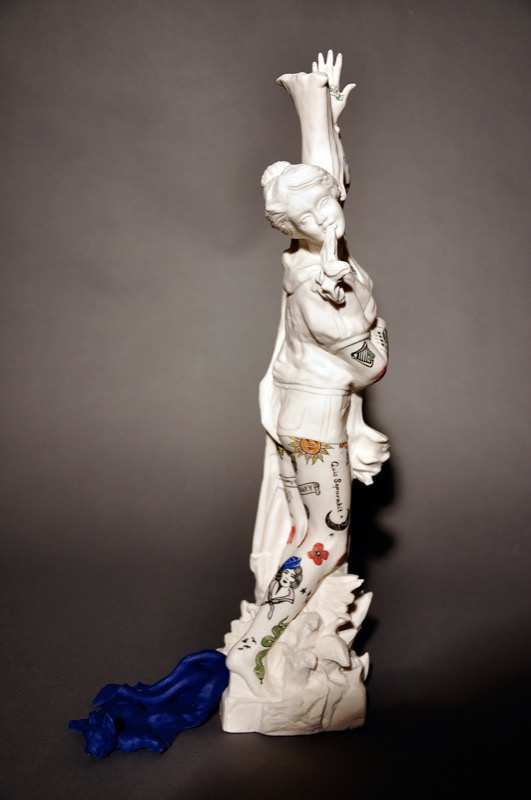 “In making this piece I attempted to create a conceptual bridge between the classical world in form whilst also embedding the work with concepts relating to the nation state, borders and identities in sites of conflict. The young girl in the sculpture wears tattoos from both the British and Irish communities. She is both cultures and neither all at once. Wrapped around her and flowing through her is a flag. She represents a new and emerging identity in the region where rather than identifying as Irish or British, a third identity has emerged where the young people claim to be Northern Irish. Northern Ireland is not a country or a state, but it becomes an ambiguous place in our imagination which allows for emerging and successful states of being to be established in order for the precarious status quo to prosper in the region.”

How has (if it has at all) the pandemic changed your approach and attitude to your practice and the art world in general? Your exhibition A False Dawn fell victim to it whilst on display in the Ulster Museum.

The pandemic hasn’t really changed my approach to my practice. I worked a lot from home prior to the pandemic as the nature of the textile work that I make allowed me to do that, so it was easy enough to continue to do that. It has however been a challenge to get projects that were planned up and running. Deadlines have changed several times with sometimes shorter lead times which leads to intensive work periods. It’s also a concern that once you open an exhibition that it will remain open and people will get to see the work in the flesh, rather than online, but fingers crossed this is becoming less so.

Check out our interviews with artists Kitsch Doom and Zsolt Basti, two other exhibitors at this year’s RHA annual.

The 191st Annual RHA exhibition opens on Monday September 27 and runs until October 30.