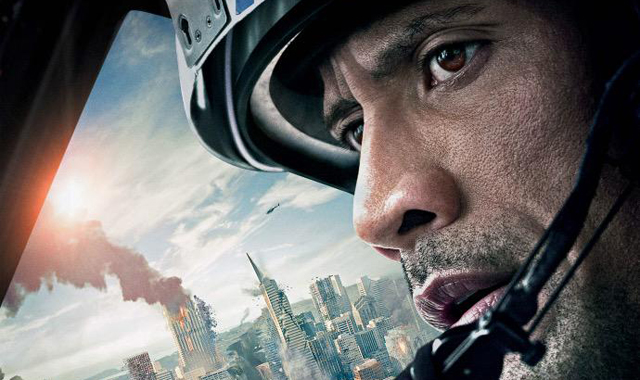 Dwayne ‘The Rock’ Johnson is ace fire department helicopter pilot Ray. When massive earthquakes rock the California coastline, Ray goes above and beyond the call of duty to save those closest to him: his ex-wife Emma and daughter Blake.

San Andreas won’t win any screenwriting awards but the family drama at the centre of this disaster film is resonant enough to prop up its flimsy spectacle. It’s surprising when a film that sees so many buildings collapse and has the earth opening up to swallow people and cities whole fails to excite or terrify. At the end of the film survivors look out at the Golden Gate Bridge, an American flag blows in the wind, the music swells and we hear talk of rebuilding.  The only people we truly feel for are the CG artists and model-makers who’ll have to replicate San Francisco again for this time next year when The Rock saves it from a swarm of man-eating bees.