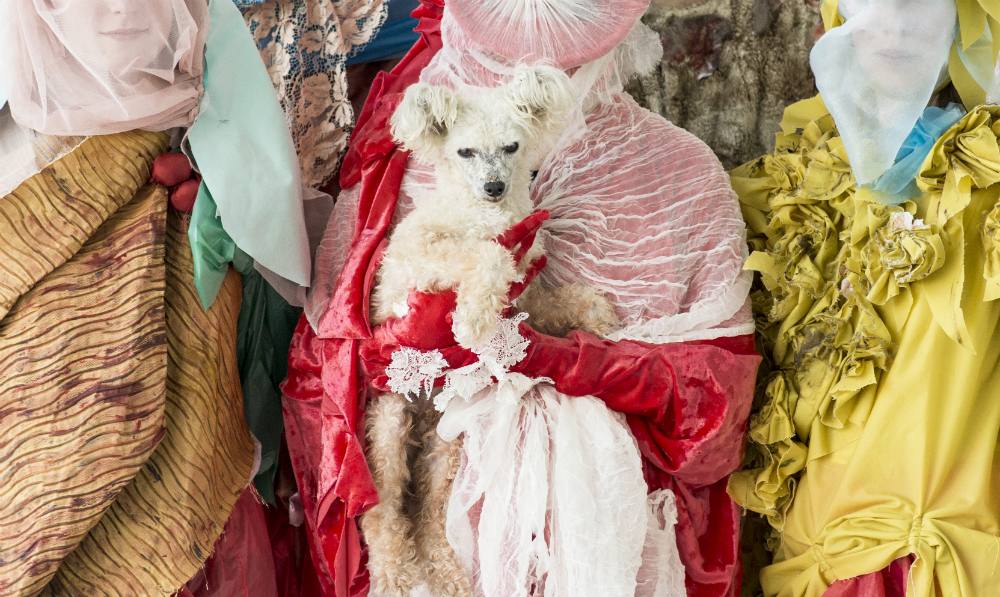 Stunningly, this is the fourth tardigrade-related article I’ve written since first learning about them just under five months ago. The first was back in May, when I interviewed Philip Connaughton about the preview of his piece Tardigrade for the Dublin Dance Festival. Bamboozled by the unfamiliar word, I looked them up prior to our chat… and was immediately hooked. So much so, that I convinced the editor of this very publication to run an introductory piece on the microscopic creatures in the July issue. For the September issue, I again interviewed Philip about the show and how it had developed since that first preview showing.

And now, I prepare to hang up my tardigrade commentator boots with a final bit of linguistic tomfoolery in response to the full length production I’ve just seen as part of the Fringe. What was a short, sharp burst of eclectic madness in the Dance Festival has now matured into something more spacious and considered. Where before there was a sustained holler, now there are peaks and troughs, shifts in momentum that allow for a deepening of the emotional content.

The stockpile of references for the piece was vast and sprawling; tardigrades, Hieronymous Bosch, Jonathan Freger’s Wilder Mann, and Jean Baudrillard’s Simulation and Simulacra, to name only the ones I’m aware of. The themes that came up as a result of this research were likewise diverse: vulnerability and purity; co-existing worlds; artificiality; youth and selfishness; divinity and dirt; loneliness. But, though Tardigrade is artfully constructed, these themes are not corralled into a narrative, but allowed to roam free as nature intended.

From the cataclysmic costumes by Emily Ní Bhroinn, channelling the birth of planets and the death of stars in their ruffled, rolling, multi-coloured eccentricity, to Michael Gallen’s ethereal arrangements for six soaring voices, to Luca Truffarelli’s tangible video and visual design that muscles its way into the action rather than remaining as a backdrop, the piece is saturated with sophisticated sensibilities that all contribute something particular. But the star turn comes from dancers Lucia Kickham, Kévin Coquelard and Ryan O’Neill, and their performance of Connaughton’s gorgeously rich choreography. There is a satisfying purity and an elegance to the movement that also allows for idiosyncrasy, and reveals Connaughton’s sensitivity as a maker.

Amidst all the revelry, Connaughton himself cavorts nude, daubed in pink paint with an MP3 player strapped to his chest that spews disco tracks into his ears alone. It’s superficially filthy, camp, hilarious. But underlying the body paint, the ludicrous and provocative gyrations, and, earlier, the arch delivery of an academic lecture on the phylum tardigrada, there’s a palpable and well-drawn pathos.

Just as the outward structure of Tardigrade is layered, so the emotional reverberations are complex and profound. There is a cacophony of associations to attach to, or there’s the possibility of not attaching to any at all. Ambitious, eccentric, decadent and yet, for all the pomp, deeply heartfelt, Tardigrade is an alluring world within our world that reveals worlds within worlds.