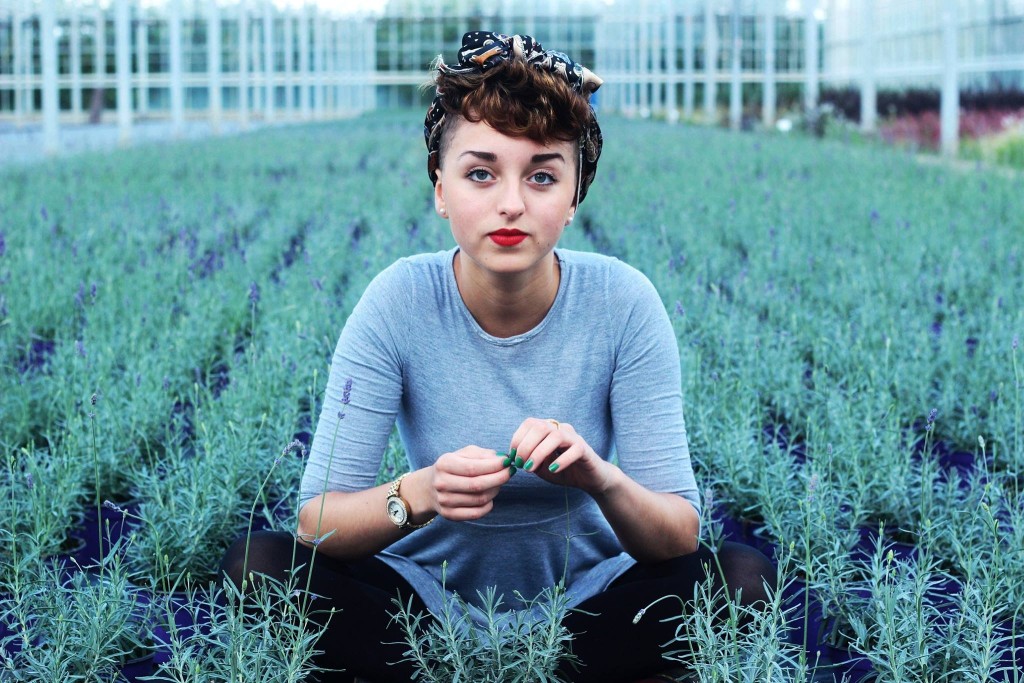 Although relatively unestablished, singer-songwriter and recent BIMM graduate Farah Elle is already a force to be reckoned with. Bright, enthusiastic, and all of 21, Farah exudes a passion for music with every word about how she just can’t stop writing. Elle mixes a powerful stage presence with a curious blend of genres that sees her Irish accent drift into Arabic-influenced melismas. Ahead of her imminent appearance at Knockanstockan, we sat down for coffee with Farah to discuss her music, her inspiration, her forthcoming debut album.

In your music you’re drawing from a really broad range of influences, from hip hop to R’n’B to the Arabian-style music from your background growing up in Libya; what drew you to this different mix of genres, and to the way you blend them?

I think most of all it was growing up and listening to the music that my brothers were listening to because, I was younger and I didn’t know how to work a computer. So every time I’d plug my iPod in it would just download whatever was on our iTunes. So I’d discover new music all the time, on my own iPod! That’s kind of how it started for me.

The way my background comes in—to be honest, that’s something I’ve only started to explore in the past two years. I’m starting to realise now, the more I’m getting to know myself and affirming my own creative identity, [that] I think that kind of naturally occurred because of little things in my upbringing. I have a Muslim background, and so my dad would have played the Qu’ran in the car when I was growing up, in song, so I think that went into my head without me realising. I think that’s how that blend happened.

You’re currently working on your debut album. How’s that going?

I’m just writing, writing, writing, I can’t stop writing. It’s all I want to do—I know there’s a big pressure that you have to do this, you have to release this, but I’m only 21. There’s so much time, I don’t think great things can be rushed. And hopefully I will do something great – fingers crossed.

I have so many songs that I am recording; I’m definitely aware of what I want, and what I want them to sound like, but I wouldn’t want to finalise anything before it’s really ready. But it’s going swimmingly.

Is there any sort of core concept you’re writing around with the album, or is it sort of, come what may?

In the meantime, your most widely available single would be “Silk,” so could you tell us a bit about that song?

I think when I was realising it — when I first wrote it and performed it — I don’t think I realised how important it would have been, for me. Because it did give me a big boost, even playing it for the first time. Obviously, you write a song, and it means a lot to you, and then you feel vulnerable. Then, when people react, it makes you feel a bit better understood.

That’s maybe what I was trying to do when I was writing Silk, because I was really talking about something quite important — it was about who we are [and] who we try to be. How are we supposed to be anyone else, anyway? You’re stuck.

What are some of the challenges you are facing or have faced as an emerging artist?

I think one thing for me was, there’s a real urgency in music, there’s a real, “Do this now.” And I understand that all, I really do, but my education was really important in terms of finishing that first, so I just finished four years studying songwriting. Time management was maybe something that freaked me out, because I’m 21, and everyone’s like, “24 is your expiry date”. But I’d just rather do things and follow my gut.

So you’ve performed a bit—how does that feel different to you from just recording your own music?

Yeah, it’s two different things, immediately. They’re both the best. I love being on stage, oh my God, I love it. You feel so alive! But there is nothing like sitting at home and recording, and just being in that space. You get so excited, you go and sit in the chair, headphones on; it’s like the rest of the world doesn’t exist.

What should we look forward to hearing from you at Knockanstockan?

I’m going to be playing all the tracks from the album I’m working on. I know it’s frustrating that people can’t go and hear it online, but it’s really important for me to hang out with the people that are listening to my music. Play the songs for them, and then we’ll have a chat afterwards. And live music is so important. I know the digital aspect is so huge at the moment, but there’s also a real treasure in, “Sorry lads, you can only hear the music if you come see me play!” So I like to do that.