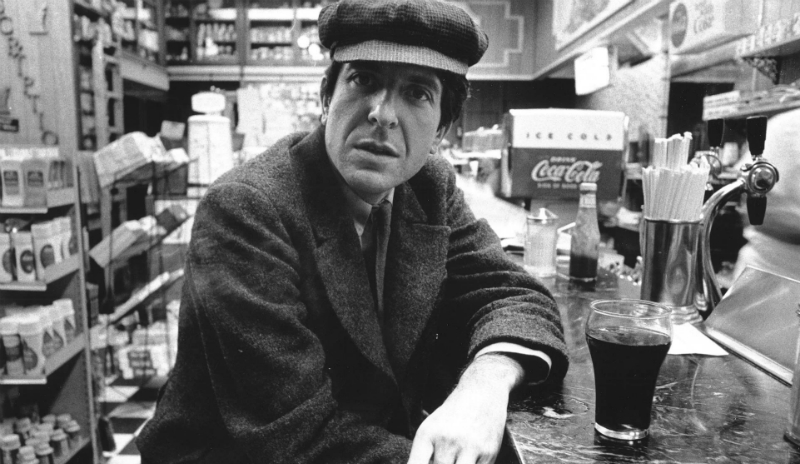 Whether seeking the strains of synth pop, or merely finding satisfaction in the simple eloquence of his rhyme, Leonard Cohen remains a steadfast source of solace. ‘I’ve heard the soul unfold, in the chambers of its longing’ growls Cohen, in a voice that, perhaps more of necessity than style, faintly resembles Tom Waits’ voice. This is, however, an album all the richer for the wealth of music that has gone before it, and rightly then, even includes a tongue in cheek allusion to his own most famous song – in the long shadow of which, he continues to produce good records.

The lurid, neon cover art hints at the tweaks to their established style that lie within. This Heat-aping post-punk abrasion and dubby head-music of before has been toned down in favour of something more direct. For example, the opener Infinite Trip gives off almost CSS vibes. Some devotees might find the on the nose, sing-song nature of some cuts bracing, but they never give off an air of compromise, just a widening of their pallet.

‘Hey, what’s up my name is Pete, how do you do?/Yeah, it’s really nice to meet and sing for you’ are lyrics absentmindedly whispered by Homeshake mastermind Peter Sagar on Okay, one of the highlights of his excellent sophomore release. You’d be hard pressed to come up with a lyrical statementthat better sums up the laidback, affably goofy vibe that characterises this little gem. Eclectic in sound, In The Shower touches on Stereolab, jazzy noodling and an R’n’B jam that is smoother than a Dove cream bar. Recommended.

Nordie miserablist janglers Sea Pinks are back with their latest appeal to give their heads peace, this time from a proper studio and everything. These lads have been consistently making some of the most charmingly buoyant music about being sad to come out of anywhere for yonks, and the newie is no different as they continue to hone the dreamy indie pop with which they made their name. Fuller and more diverse in sound than ever before, Dreaming Tracks might just be their best yet.

Personality is often muted in noise music. Not so on the new record from Margaret Chardiet, AKA Pharmakon. Bestial Burden is a deeply personal record, dealing with themes of disease and atrophy stemming from Chardiet’s sudden hospitalisation on the eve of a European tour. The tracks are mostly built on repetitive, pulsating bass and grainy, delay-laden percussion, but the vocals are the emotive core. They range from full on impassioned wailing to looped heavy breathing to the demonic screeching of someone on the edge of a breakdown.

A World Lit only by Fire

Godflesh’s first full length in 13 years marks a welcome return of the pared-down guitar, bass and drum machine approach previously best exemplified by Streetcleaner, and it’s a triumphantly nasty affair. The duo channel the relentless bludgeoning of early Swans with Justin Broadrick barking away over the din like a particularly ornery drill sergeant. It’s not a reinvention by any means, but with the added benefit of maturity and decent production, the band sound more vital than ever.

Here’s a weird one: Crooner turned avant-garde shaman Walker teams up with doom-peddlers Sunn O))) for a collection of songs about euthanasia and Marlon Brando getting beaten up. The mix is too spacey, with the guitars way in the back sounding fairly powerless, and Walker’s vocals very much in the foreground, without much cohesion between the two, making it difficult to truly immerse yourself in the record. There’s interesting ideas at play here, but ultimately it ends up as a noble, but failed experiment.

The first track on Collins’ second full-length had me giving my book-cover judging face a quick slap: Creepeth The Thrill burst out of the blocks with a gnarly Sleater-Kinney derived energy and was bang, gone in two minutes ten. There’s a sonic continuity with the Sean Carpio’s beautifully realised WOWOS, which is understable, as the record shares a drummer, bassist, engineer and mixer with that project, but it’d be unfair to divert attention away from Collins’ voice and songs which fuel this enjoyably austere album.