Tim Hecker: Music at the Limits 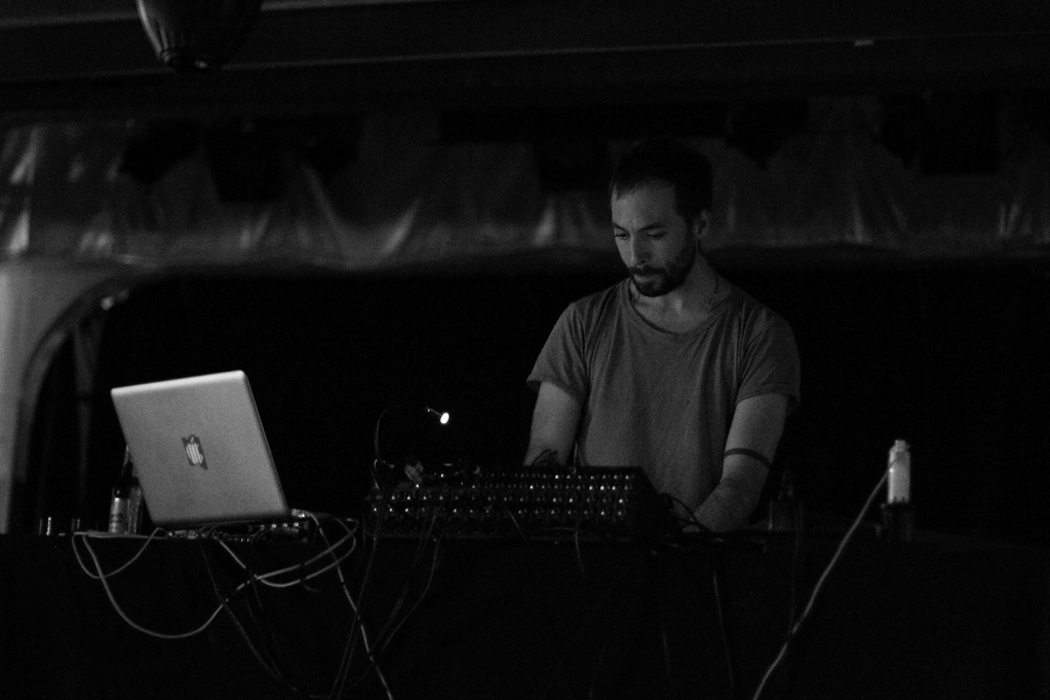 The ear is more sensitive to overload than any other organ.

‘I’m towards the end of a large chunk of dates, so I’ll probably slow down for a while and work on my next record,’ explains Tim Hecker over the phone from Los Angeles. His location, 8,000 kilometres away, halfway across the world, is reflected in the noticeable delay between each of our voice signals as they are processed, shaped and transmitted over a great distance through the network. His voice arrives at my ears slightly distorted, and I find myself focusing on the various sonic artefacts throughout our conversation, at times, losing sight of the person on the other end of the line. But on reflection, these psychoacoustic by-products of a long-distance call—specifically delay and distortion—feature prominently in Hecker’s musical process, as does losing sight.

It has been two years since Hecker last played in Dublin, touring his highly acclaimed release Ravedeath, 1972—an album where sound and space are masterfully unified, to be played out loud and heard on your system of choice. The record provides a listening experience akin to hearing an acoustic snap-shot of the church in Reykjavík where it was recorded, only it is a snap-shot that has been chemically treated and processed in innovative ways. Hearing the material performed live, however, is an extreme and rarefied occasion. When playing to a sold-out audience from the shadows of a flickering candle at the Unitarian Church in 2012, the sounds of processed pipe organ, synthesiser, piano, guitar and feedback reflected off all surfaces of the room, enveloping each listener in a lingering fog of sound. Surrounded by near darkness, the audience was exposed to Hecker’s signature use of loud sound, as he pushed each person’s threshold of hearing to the limits.

Speaking about his live aesthetics, Hecker explains: ‘I compose for sound in both a physical psychoacoustic type of way, where there’s obvious psychological effects through the higher frequencies, and irrefutable physical aspects in the lower register…things that are more bodily. I definitely use volume and the physical presence of sound, especially in the lower frequencies…and it’s something I use in live shows more than I do as a recorded practice. Recorded media is a really different thing, and in terms of live shows, I work with power as something that doesn’t really get conveyed listening on headphones.’

Choosing to play in little to no light is a response to ‘a visual culture dominating all aspects of society and cultural experience. There’s massive pressure to put visuals into music performance, [which] is an artistic opening for a lot of forms of new expression…and there’s great opportunities to do really interesting work in that, but for me, at this point right now, I’m still in pure sound.’ He adds, ‘it’s a way to make people focus on sound only, and to listen with their ears more. It’s not a moralistic or lecturing type of thing, it’s just a no BS approach. It’s bare sound, and that makes the music stand and hopefully elevate, when you don’t have a visual accompaniment to buff the compositional process.’

Currently touring material from his latest release Virgins (out last year on Kranky and Paper Bag Records), Hecker has swapped out the sounds of the pipe organ for early minimalist-inspired woodwind instrumentation, coupled with piano, harpsichord and synthesiser. Echoing Steve Reich’s compositional techniques of pulsing and phasing, Virgins goes from track to track seamlessly, perpetually drifting forward. Music aside, the album title, artwork, and track names such as Incense at Abu Ghraib and Stigmata I are enough to draw you in for further contemplation. Described in the press release as ‘an attempt at the sound of frankincense in slow-motion,’ the olfactory metaphor is surprisingly appropriate, especially considering Hecker’s more recent approach to composition, courtesy of a commission by Unsound Festival.

Ephemera, a project curated by Małgorzata Płysa and Mat Schulz, the organisers behind Unsound, is a synæsthetic installation combining olfactory interpretations of audio material, accompanied by a visual component. Musicians Tim Hecker, Ben Frost and Steve Goodman (aka Kode9) were invited to write music to be interpreted by Geza Schoen, the nose behind the niche perfume line Escentric Molecules, under their respective music genres—drone, noise and bass. The result was exhibited at Unsound 2014 in New York and Kraków, accompanied by video works by Manuel Sepulveda and Marcel Weber. When describing the process, Hecker explains: ‘It was something different…and I’m really interested in new forms of musical composition. I’m interested in different ways of expanding what musical composition is, and so writing music for perfume was really something I was down to do. I had a role in invoking scents that would be made by this fantastic perfume maker. So I made a piece and wrote a little description, and then I got some experimental test scents, and they were just a great way to engage with other forms of sensory experiences.’ The result is a perfume that draws influences from ‘rituals’, ‘sonic levitation’ and ‘clerics bathed in smoke.’

Returning to play at the Button Factory this week, I ask about his preferences in live venues: ‘Churches are OK. They’re just a bit too much of a loaded connotation…I sometimes play off religious motifs, but obviously I’m not making religious music. I dance around that obvious distinction when you use liturgical chords, but it’s not for invoking god. So when I get booked into a church, I’m making music that sideway steps out of the god promise, while using those kinds of tonalities. It makes it seem like some of it is really literal, like this is new religious music, which it’s not. It’s more complicated than that. My favourite is austere black box spaces with high quality PA systems that I can overload, without all the context.’ He adds, ‘obviously churches are amazing acoustically, and it’s a different thing than just a black box dry room. But they’re both fun and I approach them differently in terms of the way I make music.’ Regardless of the venue, audiences be warned: if you thought gravity was the stronger force, think again.