A Greater Mystical Complexity: An Interview With William Bennett of Cut Hands 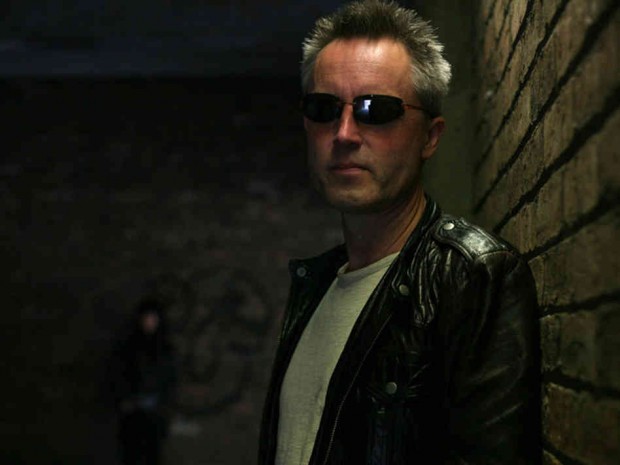 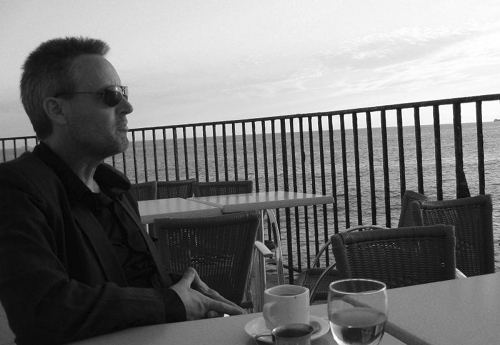 William Bennett is a pretty legendary figure in the warped history of music that screams a virulent ‘fuck you’ to the rest of the world. As a member of Whitehouse, he took the industrial formula to an extreme set of ends, challenging ears and minds with both form and content. Controversy followed (or perhaps was courted) as de-contextualized right-wing symbolism pervaded the project’s aesthetic, brutishly trodding the line between provocatively reflective and straight up indefensible. The veined slabs of noise that the group produced offered no easy answers, compounding the mirroring effect of the project as a whole.

Towards the end of the Whitehouse project a greater rhythmic sensibility had begun to emerge, a new way to blast the senses, not so much submission as mutual communion in chaos. Cut Hands became Bennett’s operative name after Whitehouse reached a conclusion.  The influence of Haitian drumming and ritual, which had only been hinted at in Whitehouse, became the central tenet on Afro Noise, a startlingly blood-thirsty debut. With the follow-up, Black Mamba, Bennett now finds himself located somewhere between a variety of traditions, operating on the fringe of all of them at once. The club, the dancefloor, the ritual, the basement, the campfire; it’s all in there somewhere. Bennett is, as ever, unsettled and unsettling.

First of all, I wanted to ask why you made Black Mamba? Now that it has been made, do you have any insight into the kinds of ideas or impulses that pushed you to make it in the first place? In what ways do you feel it has progressed or differs from Afro Noise?

Originally there was just the single (and release on Blackest Ever Black), that in turn inspired some of the other percussion-based tracks on the album, whilst in the meantime I’d been working on music for the Reincarnated movie. So you can see that the music was borne of rather different origins to the eight years’ work that led up to Afro Noise I.

I was wondering about how you present Cut Hands live. Does your approach differ much from the studio in terms of what you’d like the music to achieve? To what extent does the audience factor in? Are they an active part of what you’re doing on stage?

Initially, there were many ideas about how to present the music live, including the use of live musicians and dancers – after much rehearsal and experimentation, the use of big powerful visuals mixed live as the centre-point of the experience was settled upon, it seems to work really well – there’s a special cocktail of plain texts, graphics, original artworks, in addition to excerpts from documentaries such as Maya Deren’s amazing ‘Divine Horsemen’, showing vaudou ceremonies and celebrations in Haiti.

Is the multi-sensory aspect something you considered from the start?

Considered, yes – in reality, you have to try stuff out in the real world to see how well it works and I learned a lot about this when we had the original ‘Cut Hands’ nights at different venues in Edinburgh and Glasgow. They featured several specially invited music acts, a talk, and video projections by Nick Herd.

Much has been made these past couple of years of the entry of “noise” into the club situation (or perhaps vice verse). Cut Hands has often been used as an example of that. Do you feel its fair to still link your work with the term noise and how do you feel that work relates to western club culture in general?

There’s probably been a mutual pull or gravitation towards one another. Many of the newer underground club artists now bring their own noise/industrial influences to their music, and there are existing experimental artists that in turn have also been attracted to the potential of the excitement of great PAs, venues, younger crowds, renewed musical influences and so forth. What’s especially nice about all this is how the music itself isn’t losing any of its identity in this process; it’s pretty exciting right now.

Reading an interview you did a while ago, you mentioned wanting to be the one frothing at the mouth as seen in the videos, to be a part of something other than what you’re familiar with. Do you feel that your experience of African or Haitian music makes it more honest or unpretentious than the music of where you’re from or the music you’ve made in the past? If so, do you think there is a romanticisation at work there?

Almost certainly a degree of romanticisation, although that’s hard to resist in almost any way. You’re always, inevitably, likely to project or filter through your own aesthetic perspective onto any artistic experience – my own feeling (romanticised or not) with African or Haitian percussion music specifically is that yes, it’s more honest in the sense that there’s a greater purity of intent and more importantly. It boasts a greater mystical complexity, something I personally find very attractive.

Once again, let it be said, I make no claims that Cut Hands as being ‘African’ music, in any sense of the word, because it really isn’t.

I’m very interested in the idea of meditation as it relates to music and when you’ve talked about a trance state you seem to be getting at a similar idea. I was wondering if you find the idea of a trace state or transcendental state to be problematic in the modern world? Transcending often means being outside of or oblivious to the world where as meditation would suggest being hyper-aware of the world in a concentrated way. Do you see such a divide and, if so, do you find your music aiming for one or the other?

My own personal definition of ‘transcending’ would be the simple neutral act of crossing from one (altered or otherwise) state to another. The challenge with trance in the modern world being not so much the entering into it, more how to come out of it. In this way, you can see how meditation, just as you describe it, would be so effective and useful. Beyond that, there’s the even more valuable prize of transformation itself.

Cut Hands play the Twisted Pepper in Dublin tomorrow night, Saturday December 29th. Tickets are €12 and all the details are all over on Bodytonic.