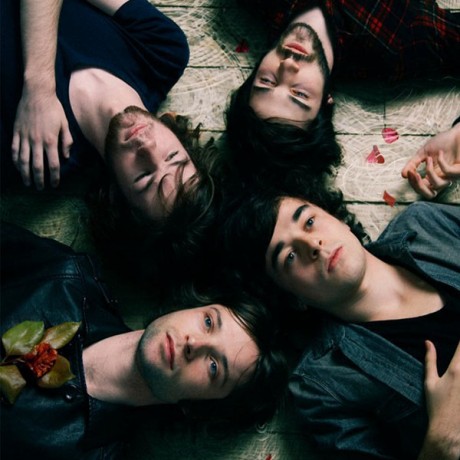 Dead School was formed in August 2010 and since then they have honed their live performance skills by playing over 100 gigs across Ireland and the UK. The Irish band that hails from Cork is comprised of James McDonald (guitar/vocals), Cathal Maher (guitar/keys), Dominic Kelly (guitar), Derek Kelly (Drums).

After they busted onto the music scene the band was promptly signed to FIFA Records in 2011. Only halfway through 2012 and it looks like another successful year for Dead School. They released their new single ‘Incisions’ in late February and their debut album is due out later in 2012.

Their musical influences come from the likes of Whipping Boy, early U2 and The Cure, but there’s literary inspiration here too – the band take their name from Patrick McCabe’s 1995 novel, The Dead School.

The alternative punk rockers of Dead School will make their return to Dublin for a headline gig in July as they begin to promote their upcoming album. They say they hope their album will help people get a better feeling for what kind of artists they are striving to define themselves as.