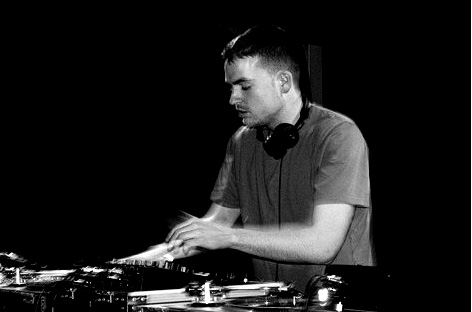 John Heckle has been around a while. The Liverpool-bred producer first appeared on record as a mere 16-year old back in 2006 with ‘Poppadom Preach’, released under the name Hek. That track was a slab of minimal jackin’ techno; described with a wink and a nudge as bleepcore, though far more capable of destroying dancefloors than that tag would suggest. A residency at Liverpool’s now-defunct Rehab club gave the young DJ time and space to perfect his skills, which eventually saw him bringing drum machines to the club and integrating them within his vinyl sets. Purchasing more vintage gear as he went along, fully live sets became an option and his raw, propulsive techno now fizzes with live, cosmic energy. Here are some tracks from one of the most important names in dance music right now. Get to know him.

John Heckle – Shape Of The Universe

After a while away from the release schedule, Heckle re-emerged in 2010 under his own name on Jamal Moss’s Mathematics label with the fuller, spacier sound of ‘Life On Titan’. The flip of that track is ‘Shape Of The Universe’, a 707-led journey into deep space, reminiscent of classic Detroit sounds in all the right ways. Bleeping arps wind their way through clouds of classic Juno-style chords while that clear, uncluttered beat keeps everything moving.

John Heckle – Where Are You Now?

While his work on Mathematics would continue to chase the cosmic sun gods, the Introvert/Extrovert EP that appeared on the always-reliable Tabernacle Records was at once more broken and more psychedelic. ‘Where Are You Now?’ leads with a busy, distorted beat while strings and noisy chords swirl around it in the distance. The hook is all in that soulless voice singing away throughout, a weird and downright creepy addition that imitates the moves of classic soul singers but feels utterly hollowed out.

John Heckle – Inside Me

After The 4th Dimesion EP, Heckle returned to Mathematics with an ambitious full-length release, The Second Son. The album is a great place to start with Heckle simply because it covers so much ground, threading together classic techno, house, Italo and loads more. You could pick any track but lets go with the Italo-baiting ‘Inside Me’, just for that bassline. Urgh.

2012 was a stellar year for Heckle and The Last Magic Maker, his EP on Dutch label powerhouse Creme, is unlike anything else in his catalogue. The EP is a real progression in many ways, with the production becoming much more subtle and layered, the sounds themselves each feeling more vital and considered than his previous releases. The scope is huge now, and it feels like anything is possible. You can still imagine hearing these on a dancefloor but they are just as suited to home listening.

As if to prove that he could go in multiple directions at once, Heckle also returned to Tabernacle in 2012 with Voices & Visions, an EP of typically lo-fi grooves, twisted melodies and insatiable beats. It’s definitely different to his past work, but it feels like a development rather than a breakaway. Tracks emerge from ill-fitting pieces, just as you’re thinking, “What is he doing here?” something a will click into place and it’ll all become clear. There is no better example than ‘1-7 Main, 8-9 Recurring’ of his increasingly advanced arrangements and understanding of just what it takes to make us all dance.