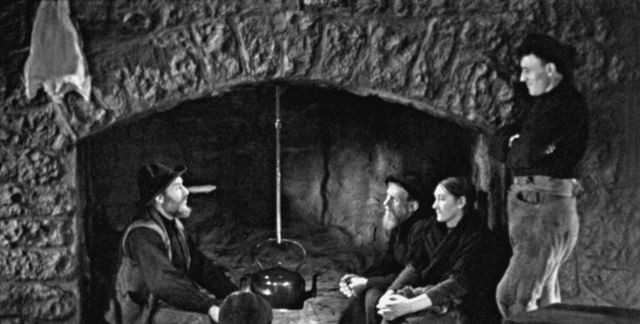 Oidhche Sheanchais boasts two claims to fame: it’s both the first ever Irish-language “talkie” and the first film sponsored by the Irish government. Made by Robert J. Flaherty in 1934, a fire destroyed the only known copies soon after, and it was considered lost until a copy was found in Harvard in 2013. This fascinating piece of film history, which features the main cast members of Man of Aran listening to an ancient tale told by famed seanchaí Seáinín Tom Ó Dioráin, will be shown in the IFI as part of a symposium of linguists and film historians from Harvard and UCD who will discuss the significance of the find. You can buy tickets for this evening of Irish film history here. 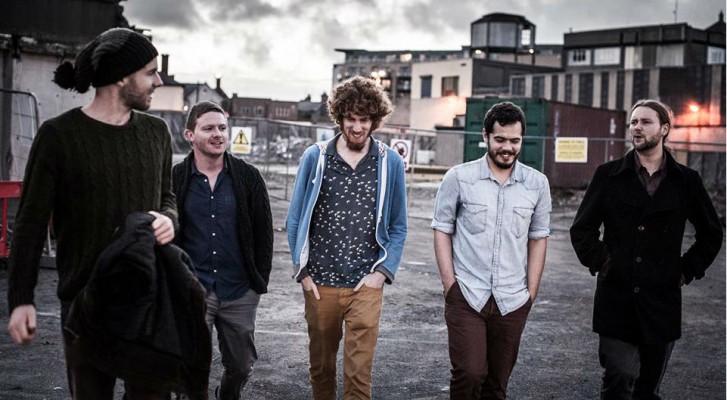 Before they go exploring the deep, dark unknowns of their creative headspaces to work on their second album, Ana Gog will be playing their only major Dublin show this year in The Grand Social. Promising a mixture of new material and old, the ticket price also includes a free download of their live album from the Pepper Canister. So you’ll basically be getting one gig on the night and bonus one to save for later, which is a pretty awesome deal. Info and ticket details here.

Wes Anderson’s films rely on distinctive costume design. With every character throwing out similarly witty lines in the same deadpan, intense, morose manner, distinctive costumes are sometimes your only hope of telling them apart. Thankfully Anderson’ films have always had stellar costume design. The Royal Tenenbaums, one of his most acclaimed features, lends itself particularly well to dress-up as a result of this: Ben Stiller’s bright red tracksuit and curly mop, Luke Wilson’s melancholy tennis-player get-up, Gwyneth Paltrow’s skimpy dress/lavish pelt combo. The Sugar Club’s dress-up screening gives you a chance to be a part of Wes’ colourful wonderland, serving up “Royal with Cheese” burgers, featuring music sets from Sol O’Carroll and WELCOME DJ’s, and providing the services of makeup artist Lorcan’s Face to help you get that perfect Margot Tenenbaum eyeliner. Tickets here.

Ever since her 2007 debut album, Marry Me, St. Vincent (Annie Clark) has released a steady stream of her critically and commercially successful blend of experimental rock and jazz, while working with an impressive list of artists including David Byrne, Andrew Bird, and Bon Iver. Her bold, strange, and somewhat discordant discography is matched by her fashion aesthetic, featuring black suits and elaborate gowns, loud lipstick choices, and ever-changing hair colour. This forms part of her abnormal and energetic stage persona; Clark has been known to climb stage apparatus, drop to the floor, and similarly act erratically mid-song, pushing her sets from simple gigs to full on performances. St. Vincent flourishes live, and a location like the Iveagh Gardens is the perfect scale in which to see her letting loose. Info here.

Dublin’s newest squatted social centre, based in the long-empty Neary’s hotel on Parnell St, has started opening up its doors on Saturdays to host a volunteer-based vegan cafe. The project, still in its early days, will be welcome news to Dublin’s vegans who can have a tough time finding a decent meal in the city. Payment works on a suggested donation basis, with prices averaging around €4. Drop in for lunch or just to see the autonomous social space in action. You can visit their website here.

If you’ve ever thought you’d love to see someone crush an apple with their bicep, do a Queen-inspired juggling routine, or contort themselves into a 15-inch glass box, then your dreams could be coming true at Merrion Square this July weekend. You probably haven’t, but head down anyway for a free weekend of wacky performances in the centre of the city. The Street Performance Championships are celebrating their 10th anniversary this year, so the festival promises to be even bigger than usual, with a bunch of related events happening over the three days. Get your hands on some of the lovely Irish food and drink that will be available from the Eat Street Food Village, or bring a picnic to enjoy in a hammock in the Layabout area. For a full schedule and information about related events, such as Silent Disco Walking Tours and Happy Yoga, visit their website.