BLACKOUT is a series of concerts organised by Kirkos Ensemble that offers carefully selected contemporary music with a dark twist – literally. Taking place in complete darkness, and accompanied by delicious food by Kevin Powell and Vania Ling (Gruel Guerilla), these gigs offer a truly unusual listening experience. This Friday and Saturday you can hear a new piece of music by Kirkos co-director Sebastian Adams called Harry Patch, inspired by Messiaen’s Quatuor and WWI veteran Patch’s statement that “war is not worth one life”. The piece will be played by Kirkos Ensemble’s Miriam Kaczor (flute), Hannah Miller (horn), Yseult Cooper Stockdale (cello) and special guest David Adams (piano). Never mind getting a crick in your neck straining to see the musicians, just sit back and let your ears (and tastebuds) take centre stage. This is the last concert in the series and there’s no tickets at the door, so if you’ve heard of BLACKOUT before and it’s piqued your interest, now is the time to book some tickets here before Thursday 16th at 5pm.

Collapsing Horse, a theatre collective featuring a plethora of young Irish talent (including Jack Gleeson, that fella off the Games of Thrones) are bringing their much-loved production Bears in Space to Smock Alley. Featuring a combination of music, slapstick comedy, and puppetry, the show follows the adventures of two space-exploring bears and the weird and wacky adventures they find themselves in. Sure to be a light-hearted, entertaining romp. Tickets here.

DIP, a DJ crew/event organiser, has been around for a year now and want to throw a party over it. Cáit, Enda, Robbie, and Ro have played gigs all over Dublin, and have been recently doing regular sets on Raidió na Life which you can check out on their Mixcloud page. Covering two rooms of the cosy Tengu area of Yamamori, and featuring as-of-yet unnamed special guests, it’s sure to be a bopping night. You’re advised to get your tickets as soon as you can. (Whenever said tickets are actually made available.) More info here. 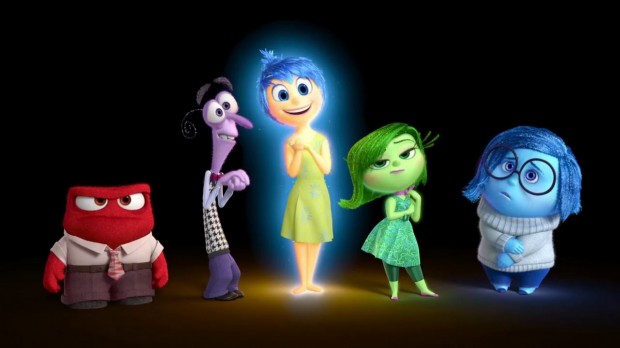 The IFI’s annual celebration of international children’s film returns this year with an exciting programme of screenings, workshops and activities. This is the place to see the best new shorts and feature length films for kids (and everyone else) of all ages. With comedy, drama, adventure and animation on screen, and poster-making, picturebook-writing and acting workshops taking place, there is sure to be something of interest to all the family. Opening the festival on Thursday 16th at 6.30pm is the Irish preview of Inside Out, the eagerly anticipated new feature from Disney Pixar that follows the personified emotions (voiced by Amy Poehler and Phyllis Smith) of 11-year old Riley as she tries to settle in a new town. This is sure to be one of the highlights of the festival, and booking is advised. Tickets for all films are €5, while a family ticket (2 adults, 2 children) costs €15. Workshops and activities vary in price and some require booking. See here for a detailed programme and to book tickets.

It’s been a long quarter-century since one of the weirdest and most influential shows ever made hit our screens. The tale of a small, tight-knit community with a dark, surreal, and campy underbelly pushed incredible boundaries before being cut tragically short, and still maintains an incredibly devout cult following. Now, with the insanely long-awaited third season finally in the works, what better time to suit up, slick back your hair, and change the tape in your dictaphone for the Lighthouse’s anniversary party. Beginning with an ‘interactive’ table quiz followed by the costume party (including Agent Cooper and Audrey cocktails), the party closes with a screening of Fire Walk With Me, the show’s prequel movie of debatable quality and mega strangeness. It’s sure to be a fun night for all. Damn fun. Tickets here.

The festival where you don’t have to do any of the mucky stuff, Longitude, is now firmly established as a middle of the summer staging post of large and mid-sized international acts (and Hozier). Along with Wicklow’s finest, the other headliners are The Chemical Brothers and Alt-J, but the best stuff is all lower down the card. On Friday hot ticket Young Fathers line up with laser-synth guru Todd Terje to have the revellers pew-pewing like mad scones to Inspector Norse; on Saturday Dan Snaith appears as both Daphni and Caribou while on Sunday James Blake and Wild Beasts will be doing their respective white-soul things before the Chemical Brothers. Full line-up and tickets here.