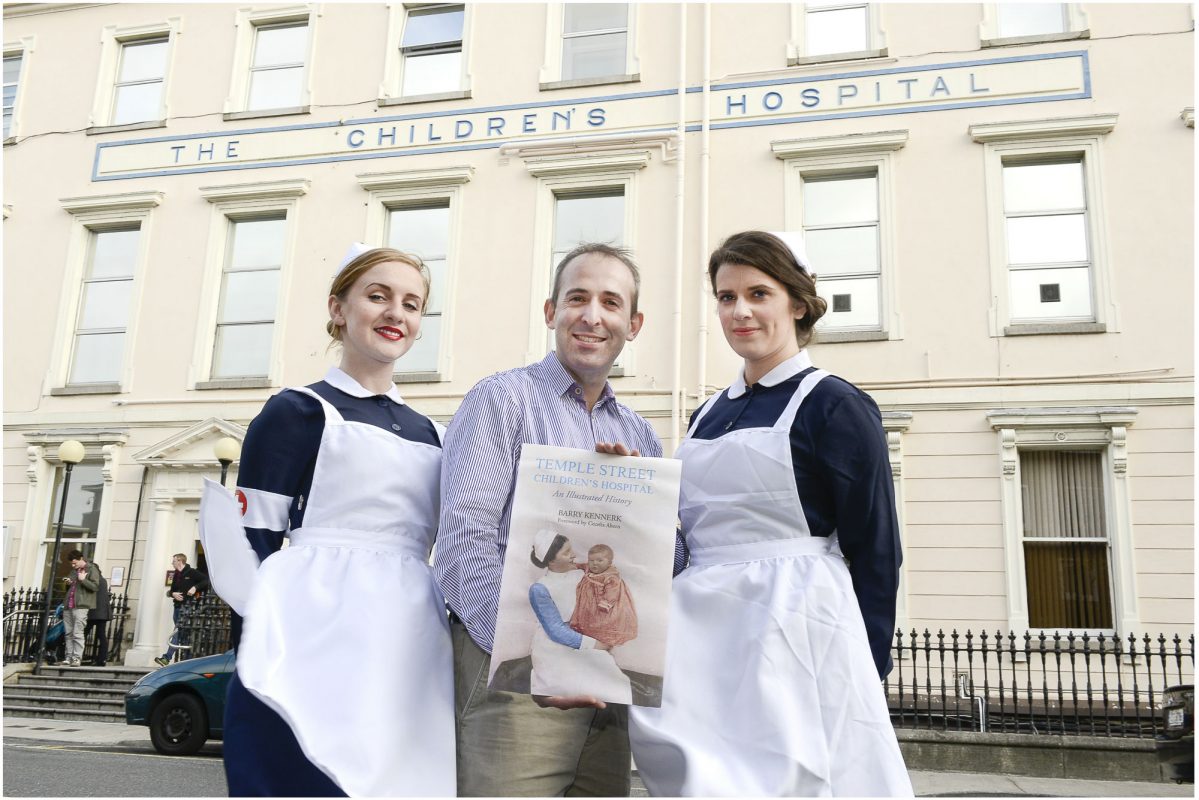 For over 140 years, Temple Street Children’s Hospital has been opening its doors to the youth of Ireland. Throughout its evolution, the hospital acted as a key feature of Dublin’s social history and made significant contributions to the narrative of the city. Because of this, Barry Kennerk decided it was high time to share this story with Ireland.

In his latest book, Temple Street Children’s Hospital: An Illustrated History, Kennerk explores the rich past that characterises the hospital. Kennerk has worked as the hospital archivist for the past eight years, but was involved with Temple Street long before then. When he was in school, he worked in the hospital on weekends and summer holidays. In addition, his father was a maintenance man at Temple Street.

‘Temple Street is very much a family place,’ said Kennerk. ‘Sons and daughters work alongside parents. Aunts work alongside nieces and nephews. It’s the glue that binds us all together.’

The book focuses on bringing life to this community atmosphere. Before he began the book, Kennerk wrote short pieces about the hospital’s history for the staff magazine and hospital website, but he knew that he needed something more for his larger project. Kennerk set out to find people who had experiences with the hospital in the past and was overwhelmed by the number of individuals wanting to be interviewed. The book incorporates many of these stories into the text and provides accounts from patients, nurses, families of the sick, and other hospital staff.

‘There were a rash of hospital books in the 1980s and late 1970s, and typically they were written by doctors,’ said Kennerk. ‘Now, while this wasn’t a bad thing, they tended to have a lot of statistics in them. That maybe the general public couldn’t be involved in. Having grown up in a working class community, I definitely wanted to bring their voices in.’

The book reveals how Temple Street was involved in some incredible aspects of Dublin’s history. Originally opened in 1872, the hospital quickly became the leading source of care for the surrounding tenement areas. Many of the children who came for treatment were extremely poor and ate better at the hospital than they would have at home. As Temple Street’s care gained prominence, families began to travel from all across Ireland, even as far as from the Aran Islands, to have their children treated. Today, the hospital does the same thing.

‘Despite these old buildings, these old corridors, we’ve got a world class hospital with world class specialties,’ said Kennerk. ‘But in essence, we’re still in these old Georgian rooms. It’s still serving the exact same purpose that it did.’

Kennerk said that his favorite part of writing the book was talking to all the people who experienced with the hospital. The dedication of the staff and tradition of caring for the children comes through in the stories presented in the book. In addition to the interviews, the book also features photographs of past patients, nurses, and others in the hospital.

‘I wanted to show the hospital, not just from the perspective of doctors and nurses, although they are important, but to tell the whole story as experienced by porters, maintenance staff, catering personnel,’ said Kennerk. ‘All of those people also are just as important and I think that’s reflected in the book.’

With the move of the National Children’s Hospital to Tallaght, Temple Street became the oldest and only children’s hospital in the Dublin City Centre. Though the book was published in October, the hospital is still looking for stories. Kennerk says that he would like the Temple Street archives to represent a living history and one that continues to grow as does the hospital.

Temple Street Hospital: An Illustrated History by Barry Kennerk was published recently by New Island Press and is available for €24.99 in book stores and from their website.