Posted 4 months ago in Print

Tim Robinson is an artist-cartographer born in Yorkshire, who moved to the west of Ireland almost fifty years ago, and who now writes beautiful, elegant non-fiction prose. Before settling among the Irish, Robinson studied mathematics at Cambridge University, and lived in London, Vienna and Istanbul. On the basis of his two-volume study of the Aran Islands and three-volume study of Connemara, he is widely considered one of Ireland’s greatest living writers. Small wonder then, that this new book of autobiographical vignettes is a delight to read.

For the most part the chapters are short, some only two or three pages long, and they recount episodes of Robinson’s life in his inimitable style, which is at once clinical and lyrical. Memories of Yorkshire’s landscape and Ilkey, the town that, he writes, “incubated my interminable adolescence,” open the book, followed by reminiscences of his travels, his art projects, and the natural alchemy of the west of Ireland. 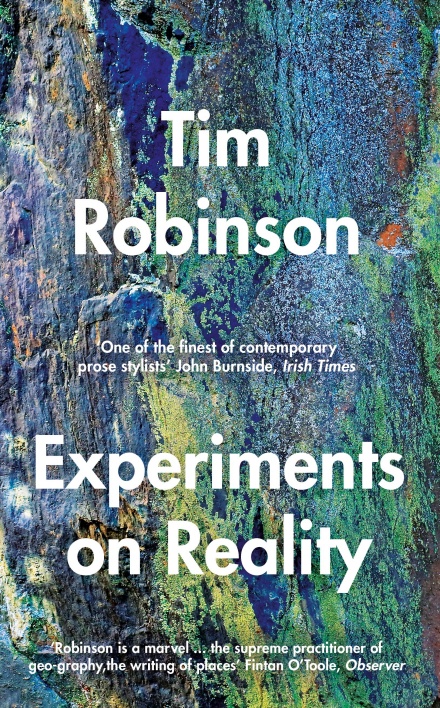 The sheer breadth of writing is a joy, and Robinson’s range includes exercises in literary form. The elliptical ‘The Orient Express’, in which every second line is bisected, is an entertaining geometrical experiment. But Robinson is at his best when explaining physical phenomena. He has a naturalist’s eye and a philosopher’s mind. A favourite episode involves his ruminating on what it means to have a centre of gravity, “the umbilicus of my gravitational being.” I greatly recommend.