Hatred Of Music: The Pop Bubble 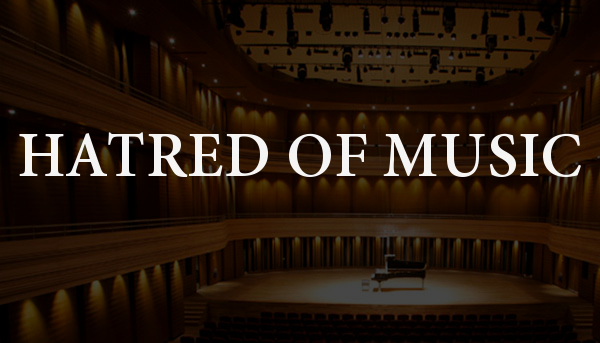 I don’t know. Sometimes I just feel such sadness for the soul of the western world. All your work, your music, immust just be pointless. Something about this artist, the video. Maybe the world really will end soon. The culture devours itself. It’s a helpless feeling. Not all the time, but, I have this feeling sometimes. Fuck, am I normal? Ugh.

Above are some sentences written by techno DJ Levon Vincent while he sat in his hotel room in Manchester last Saturday evening. He was talking about Kesha and her latest number one single, ‘Die Young’. In a rare moment of cultural crossover, I happen to be familiar with the song because I saw it on Graham Norton’s TV show on Friday while I was at my parents’ house. I have to assume this was the video he saw:

Now that you’ve watched that, lets continue. On Friday night, while watching Kesha perform this song, my aunt asked my how I’d rate it, out of ten. I hadn’t been paying much attention but for the sake of an answer I gave it a four or something. I didn’t really want to be too harsh because it’s not really my music. It’s not aimed at me. It’s not aimed at Levon Vincent either and I don’t expect to find him dropping it in the middle of his sets any time soon. I’ve got my bubble and I like it in here.

When you are exposed to this stuff however, you begin to feel a little worried. Sometimes it hits you all at once like it did with Mr. Vincent and sometimes it creeps up on you for days while you go about your business unable to get Ronan Keating’s last effort out of your head. This weekend’s growing paranoia about the state of modern mainstream culture was probably only intensified by the fact I was with my parents and, more importantly, their TV. I don’t own a television and when I watch one for a little while, I tend to remember why. Relentless ads, childish comedy and vacuous reality/talent shows do not make for a settled and content cultural mindset.

Reading ‘The Manual’ by the KLF didn’t help either. There are few pop pranksters as talented and cutting as Bill Drummond and Jimmy Cauty – those guys who burned a million pounds – and they know how to document their actions to get the most engaged response.Its gloriously cynical, matter-of-fact approach to the task of bagging yourself a number one single is scarily obvious and inviting. Or at least it would have been in 1988, when it was written.

Thinking about The Manual in relation to the pop world today, it’s hard to know whether it is more relevant or less relevant to how things work. The thing about The Manual is that it is not a story of gaming the system, it’s an example of how to use the system as ruthlessly as everyone else who is successful in pop music. What it really seems to attempt to do is show that anyone, anyone who is dedicated to the idea and is willing to take a risk or ten, can have a number one single. It also shows how this aim is ultimately empty and bears no particular fruit beyond money.

Where The Manual basically attempted to open up the pop market to more cynical newcomers, exploiting the pop audience’s desire for a fixed experience, and eventually crashing the whole thing down, the modern pop world seems more closed off and controlled than ever. Perhaps this is because serious commercial success is possible without the charts and without the mainstream media at all really. You can successfully be in a band, make money, play shows, without ever going near the charts. For most people, this will negate the need for them and create another bubble they can happily exist in.

Along with that though, the amount of money it’s likely to take to get yourself to number one when the media is a fractured and as saturated as it is now doesn’t bear thinking about. Taking a look at the number one singles in Ireland (a small market where novelty and cult tracks stand a decent chance) this year, you can see that it’s just the same names over and over again. It’s a well-managed ship. The exception that proves the rule of course is Gotye and Kimbra’s ubiquitous ‘Somebody That I Used To Know’, a track that came out of nowhere, over a course of almost a year, to be the biggest selling single of the 2012 on most of the planet. So it is still possible, as long as you write the catchiest music anyone has ever heard.

What does it all mean for the “soul of the western world”? Probably nothing. We know we’re sick. The western world has always been sick. Maybe we can just thank pop music for making it so painfully obvious. We relish the inane and the shallow, the cheap thrill over anything else. Hedonism is everywhere, because if you only live in the present you can’t think about how shit your future is going to be. Just think about tonight though. It’s all about tonight. Here. Now. Me. You. Tonight. It’s going to be a good night. Tonight. Dance with me. Tonight. We’re diamonds in the sky. Tonight. We’ll die young. Tonight.