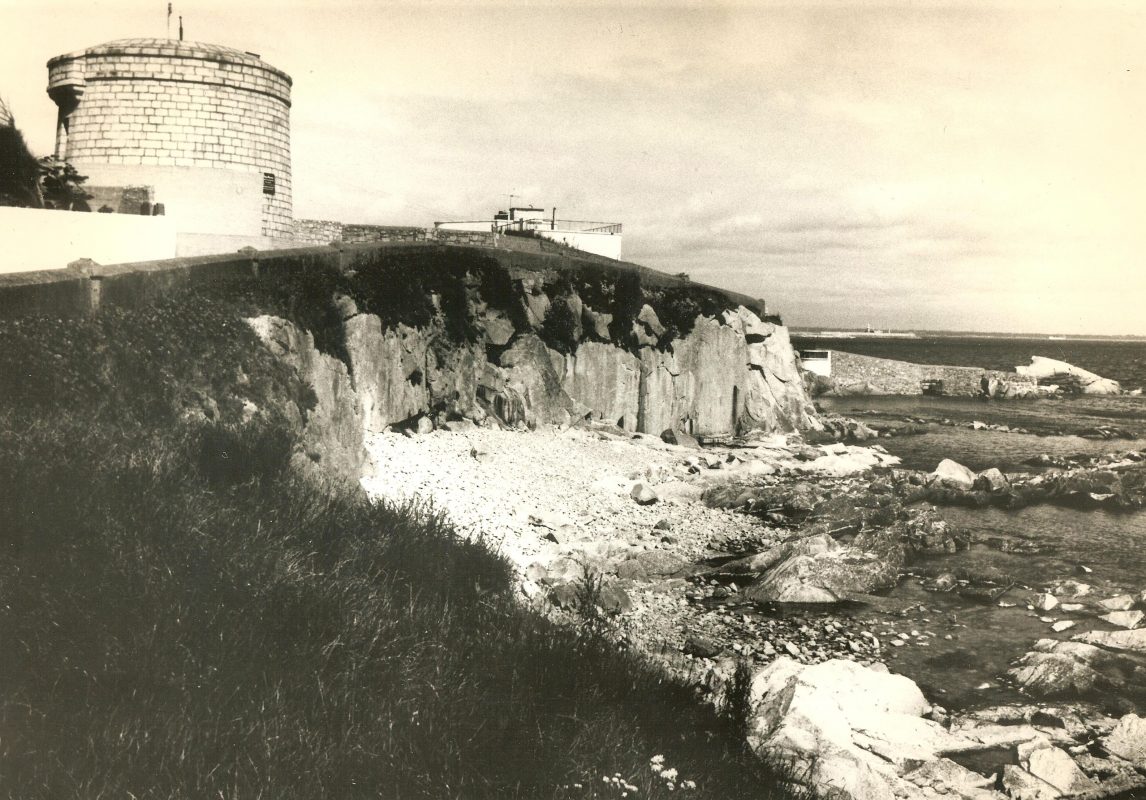 The Martello Tower in Sandycove was one of 26 such towers built along the east coast during the Napoleonic War.  Their eight feet thick walls made them cannon resistant while their artillery platform at the top of the circular structure enabled cannon balls to be shot up to one mile into the Irish sea.  Built in anticipation of a French invasion, similar structures were built all over the British Empire from Australia to Canada with a cluster of 50 in Ireland; the chain of 26 across Dublin Bay were within communicating distance of eachother, an early detection stem in the face of an army that never arrived.

The Martello Tower holds particular significance amongst the towers that remain – all decommissioned and in various shades of repair and decay.  Now the home of the James Joyce Museum, visitors can step inside and experience “the most iconic house in world literature”, and once the hyperbole of the Joycean community is navigated, it is really quite the treat. In 1904 Joyce, with Oliver St John Gogarty and a blow-in from Oxford called Samuel Chenevix Trench, planned to make the tower a rather eccentric home for the year and after arduous wrangling with the government about how to rent a military watchtower, they moved in on September 9th.  On the sixth night Chenevix had a dream that he had fallen prey to a panther and shot into the pitch-black bedroom that the three shared with the pistol that had been lying beside his bed. Joyce left and never returned but the incident forms the opening scene of Ulysses, set the morning after, and a ceramic panther now lurks ominously in the living quarters of the museum.

There’s something really poetic about the Martello towers, something sublimely eerie about them watching an empty sea. They were a plagiarized form of protection (originally seen in Corsica by a retreating British army) by an imperial power; they are a little bit of our colonial history that’s hiding in plain sight. In typical Dublin fashion one was owned by Bono, another was turned into a swanky private bar, and one was inhabited by none other than James bloody Joyce of course! 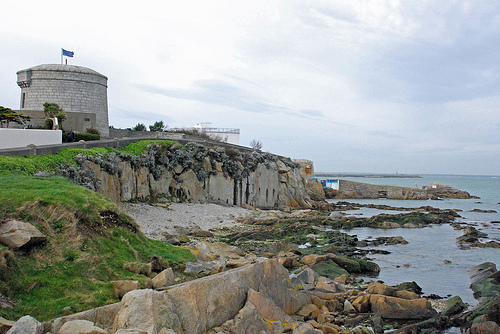 In 1937 Michael Scott, the prolific Irish architect responsible for our love-hate relationship with Busáras amongst many others built a home called “Geragh” next door to the tower, a series of maritime-esque decks and railings, a “tribute to the tower and to James Joyce”.  In 1954, Scott bought the Martello Tower and along with the American film director, John Huston, set about restoring the building.  On Bloomsday 1962 the museum was opened; one of the main donors was Samuel Beckett.

I love the Martello tower in Sandycove because it represents the collision of everything I love about Dublin.  It is perched on the coastline with the Forty Foot in sight on that perfect corner of Dublin Bay.  It offers a kind of spectral, ghostly glimpse at one of the more benign episodes of our colonial history that left these beautiful, surreal towers dotted across the island.  And then there’s the panther, and Joyce, and Beckett and Huston and Michael Scott and probably David Norris and probably Bono all sharing the tiny room in our collective imaginations, in “the most iconic house in world literature”.