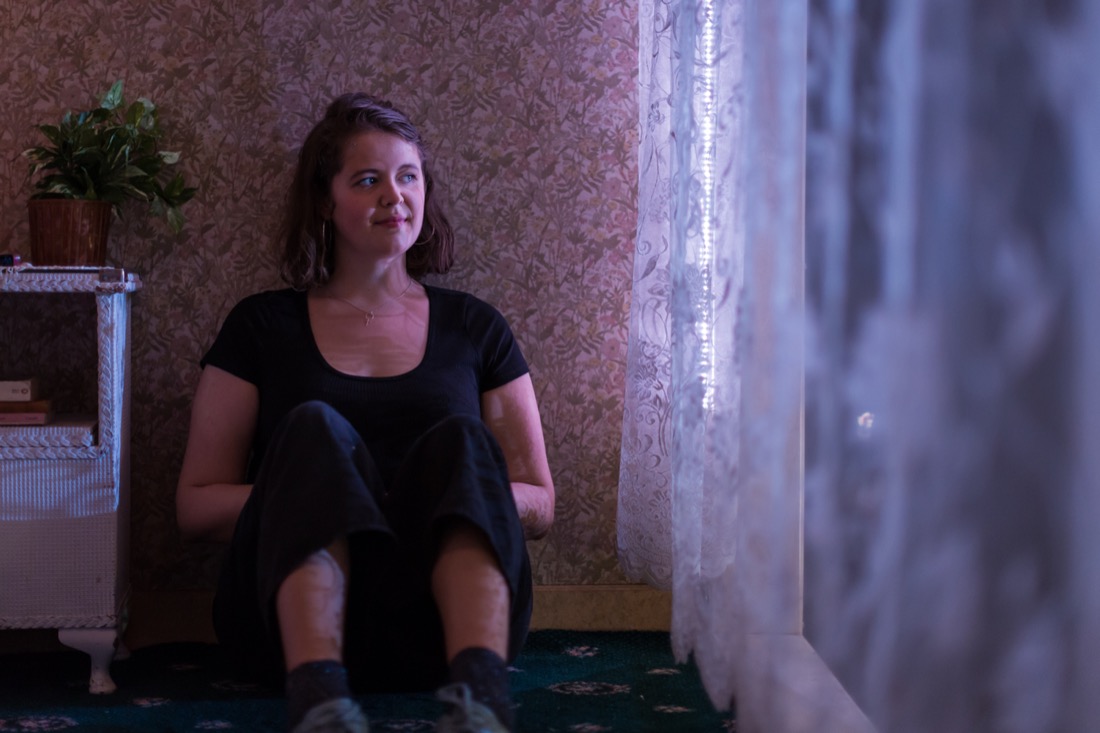 A few months ago we profiled some of those bringing sets to life in the theatres of our city. With stage doors currently closed as a result of Covid 19, we revisit our interview with Molly O’Cathain. The talented set designer has been lighting up Instagram throughout the Lockdown, with faithful recreations of classic couples in art and photography, featuring her parents Liz & Brian.

“Design is always a response to text, and I think embracing this fact leads to more interesting results”

“As a child I always loved creating and building small worlds, in old shoe boxes with scavenged bits and pieces and then later when playing an incredible amount of Sims, were I would primarily built houses, rather than playing the actual game,” reflects Molly O’Cathain on her early immersion into the world of design. 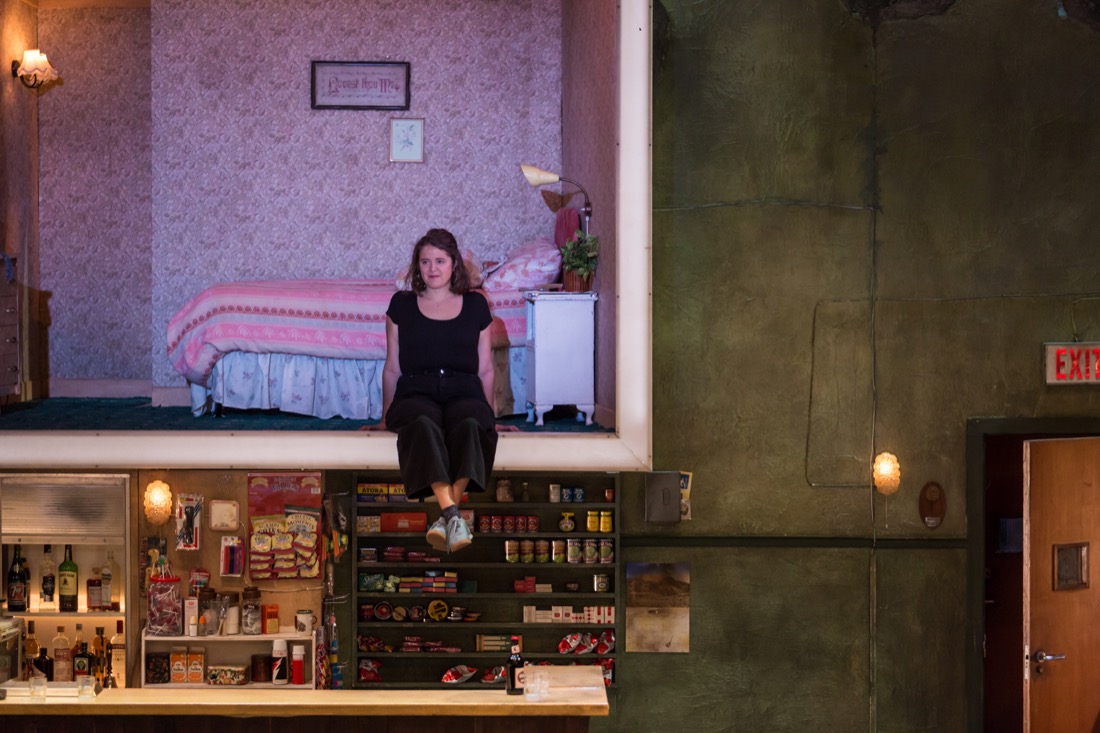 “I then had the luck to come into contact with a great drama teacher at school who was delighted she’d found someone who wanted to sort out all the costumes, boss people around backstage and make papier mache christmas puddings – I’ve never wanted to be on stage.”

Working as a set and costume designer, O’Cathain enjoys the freedom afforded with her career. “It suits me perfectly to have a job which reinvents itself so frequently, posing new challenges, themes, eras, styles and colleagues on a bi- or tri-monthly basis.”

When it comes to interpreting commissions, O’Cathain likens it to a “puzzle to be solved in which you have to extract as many clues as possible. With a formally traditional play you need to read and reread, forensically, and normally make a few spreadsheets. Whereas with something more abstract you may focus on the mood or images you want to achieve and then shape the arc of the piece around that.” 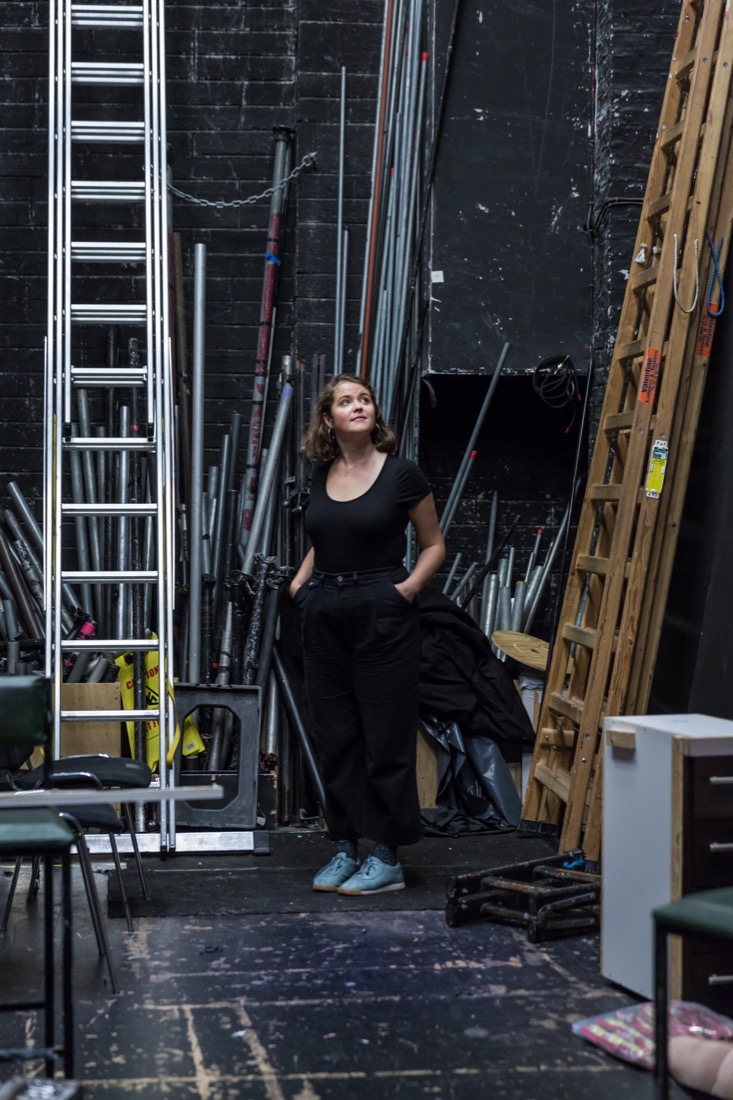 Her most recent production was Oonagh Murphy’s adaptation of Playboy of the Western World in the Gaiety during the Theatre Festival. “Oonagh and I work very closely together – we hold a similar political viewpoint and aesthetic taste and know from previous collaborations that we have a shared language and dynamic. And we’re both detail obsessed! We knew we wanted to create a production which reimagined elements of the text without alienating the play’s traditional audience.

“What comes through when you return to the play is the real poverty and hardship that shapes these characters’ lives, so we started to think about where the play would sit in a more recent Ireland, perhaps in a place on a border. Somewhere coastal, perhaps previously prosperous, and now bypassed and forgotten, leaving Pegeen stuck and its inhabitants pushed to violence through boredom and disillusionment. The aesthetic we landed on references, broadly, from the 1950s to the 1990s – rural Ireland in the era post electrification but pre-modernisation / digitalisation. This is true of anywhere, very few places contain only objects and aesthetics from the current decade.” 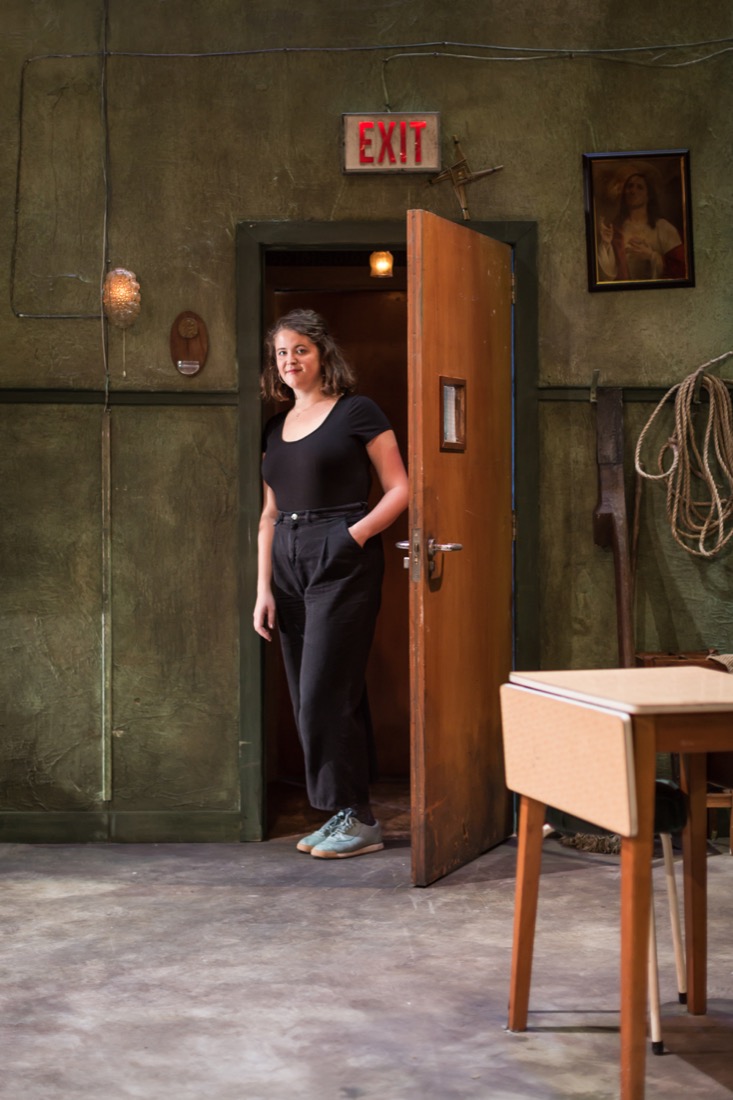 In order to achieve this O’Cathain referenced the work of documentary photographers such as Lise Sarfarti, Martin Parr and Richard Billingham. “Safarti’s striking series documenting 1990’s Russia became our strongest palette and tonal reference. For more practical details I also gathered hundreds of references of bars and pubs; mainly from present day Irish property listings and photographs of the flat roof pubs of post-war Britain.” But she remains steadfast in her view that “above all, people inspire theatre… Those people you spot on the street and instantly wish you knew their story. They’re the ones people write or make plays about, and I love that I get to use inanimate objects to tell and propel stories, it means that, project depending, my inspiration can come from almost anywhere.”

O’Cathain is currently doing a year-long Design Bursary at The National Theatre in London where she’ll be assisting Bunny Christie on The Welkin, the new Lucy Kirkwood play that premiers in January. She’s also working with Malaprop, the new writing and devising company co-founded with pals of hers from college with a new, commissioned show HotHouse set for the stage in March. 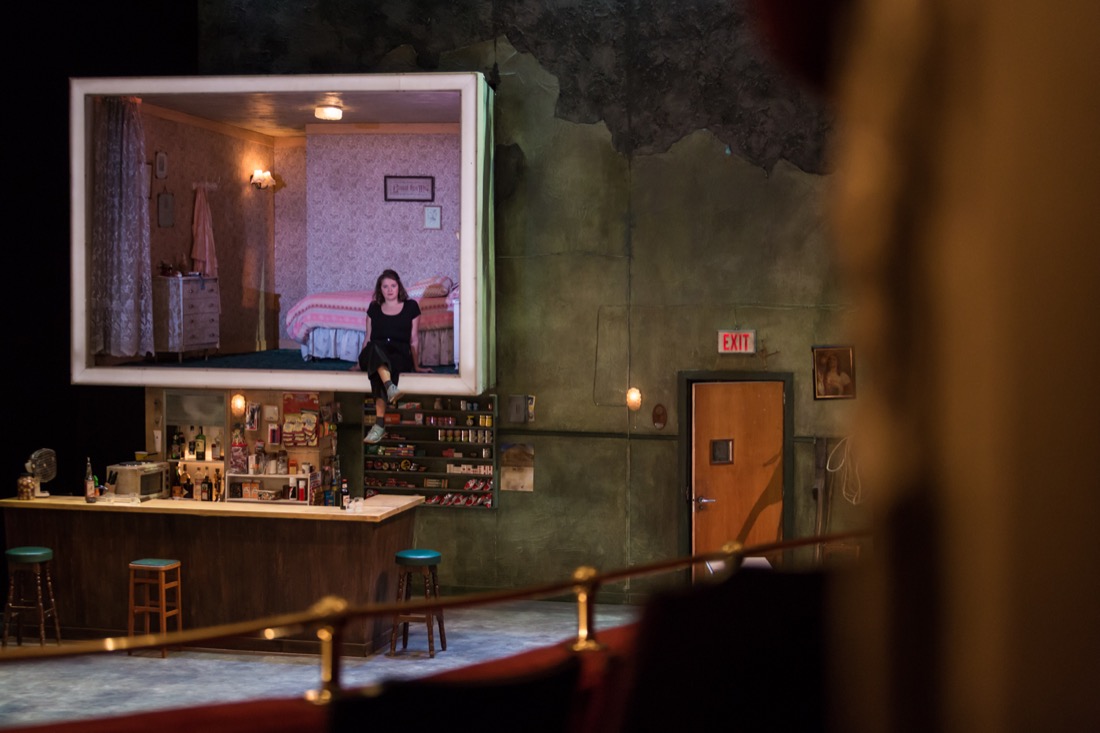 When it comes to cardinal rules for designers, O’Cathain firmly believes “it’s a balancing act between what the play practically needs and what the director and I want to say. Design is always a response to text, and I think embracing this fact leads to more interesting results. It can frictionlessly bolster, but why not be a source of dissonance, sour notes, sly critique that ultimately makes the whole stronger?”