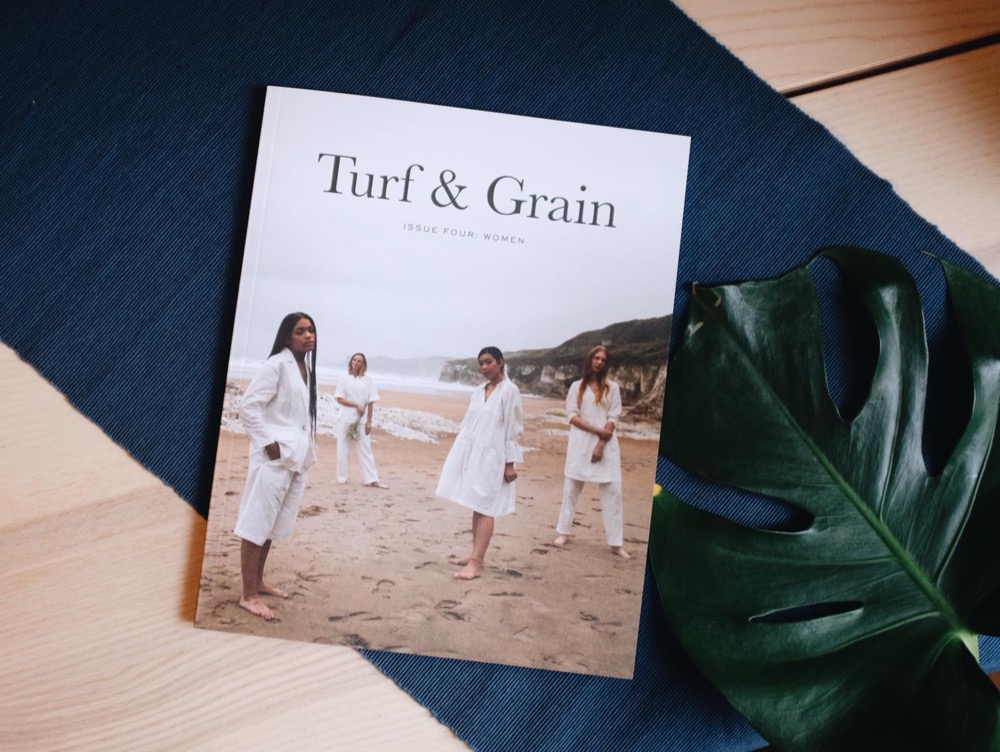 Simon Worthington balances being a chartered accountant with being the founder and editor-in-chief of Turf & Grain, a truly fantastic publication crafted in Northern Ireland.

“The grass will always be greener on the other side if you don’t water what’s around you.”

What prompted the creation of Turf & Grain? Can you tell us a little bit about the respective backgrounds of the key instigators?

I founded Turf & Grain in 2017 because I wanted to be a contributor to culture in Ireland, not just a consumer. I met lots of people doing such interesting things in and around Belfast, but was always so frustrated that there was no platform for people to share what they were working on. I thought it would be really great if instead of the regular, downbeat media we are repetitively exposed to it could be a brilliant thing to have some positive media. Not for the sake of it however, but I knew that simply sharing these projects would make people realise that Ireland is a good place to live. People look up to cities such as Berlin, Copenhagen and New York for inspiration, but the grass will always be greener on the other side if you don’t water what’s around you. It is our responsibility to shape the culture of our island. 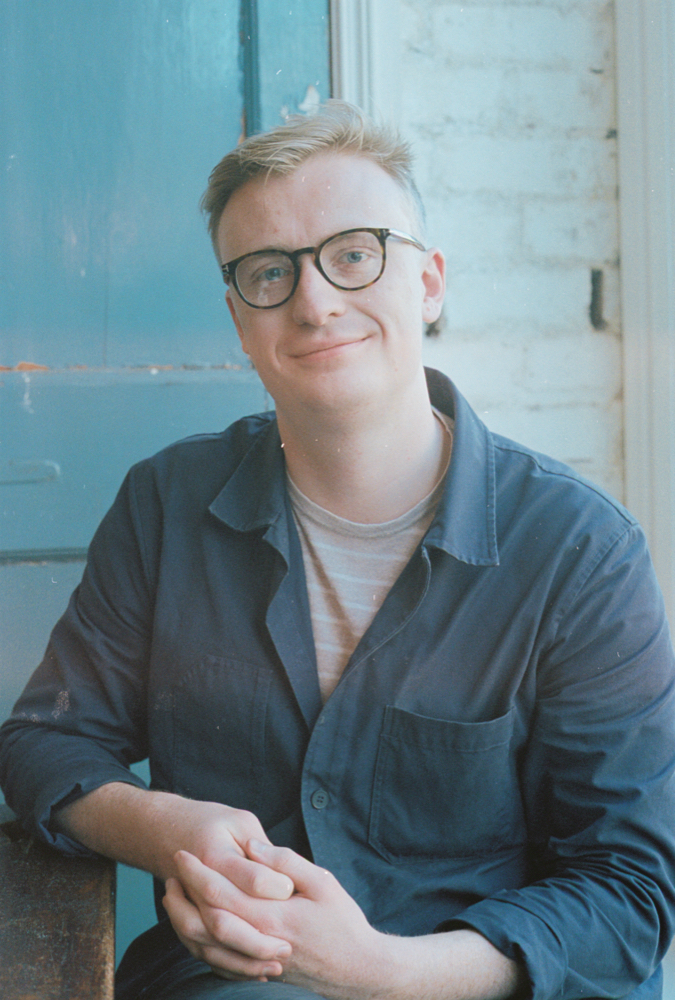 I studied History and Political Science at college, but always wanted to work in Publishing. I did a few internships in London after college, but when the money ran out I had to come back to Belfast and get a job. I got a training contract at a Big Four accounting firm, but soon realised that I gave up far too easily on my publishing dream. I took an internship with Kinfolk in Portland on my annual leave and started Turf & Grain shortly after returning. Now I’m a Chartered Accountant with a very interesting side project!

Each issue is lead by a theme with Youth, Outdoors and Makers under the spotlight to date. What is the commissioning process behind this?

I really want to tap into current social, cultural and political issues when coming up with the themes for our editions. I love to write about issues that people talk about with their friends and families but aren’t getting widespread media coverage. When we made The Outdoors – the environment and the legislation in Ireland concerning the environment was greatly concerning me. When we did Makers, I was really concerned about consumerism and the fact that when we go to a shop we don’t know the people who are making the produce that we buy. With Women – considering the heated debates last year around the 8th amendment, I really wanted to do an issue where we simply talked to women with no agenda – in the hope that this would humanise the issue for people on both sides of the debate. Our next issue, when it is released, will focus on Migration. The diaspora is a massive part of the Irish social and cultural consciousness, and through that medium we will discuss what living in this place, in this cultural moment, really means to people.

Your current issue has eleven different women from “all sorts of backgrounds, vocations, and experiences of Irish womanhood.” How did you go about selecting these?

Each issue is such a hard process to craft. We receive hundreds of submissions for each issue. What we try to do is to create a cross-section to encapsulate as much of the experiences around each theme as possible. Our team for the women issue was very diverse, ethnically, politically and socio-economically. We didn’t to do that for the sake of being inclusive, it genuinely just feels like the right way to work. We might not have featured quite as diverse a range of women in front of the camera as we would have liked, but behind the scenes we are really grateful for all the different ideas and skillsets people brought to the table.

How important is it that Turf & Grain is created and designed in Northern Ireland? Given the various social and political issues which urgently need to be addressed there, does it add a sense of impetus, or pride, in countering some of the existing struggles?

People repeatedly ask me if there is any agenda to Turf & Grain‘s focus on the Island of Ireland. In the south that may not be such a big deal but in Northern Ireland it can be construed as having a clear political agenda. I tell them that Turf & Grain is not a political publication, to the extent that culture and politics can be extracted from one another. Northern Ireland is a very politically frustrating place, but I think the biggest thing we are countering is our collective self-doubt and negative attitudes about ourselves. Through Turf & Grain, I want to show people that there is so much going on here, and that you can make projects happen outside of the traditional pathways. Northern Ireland is a wonderful place to start a new project – it is relatively low cost so you can safely scale up ideas. If I had started Turf & Grain in London I wouldn’t have been able to compete. In Belfast and Dublin, I have slowly but surely built up a really cool organic following of supporters. Belfast has come on an awful long way in the last ten years – economically and culturally. We now have a burgeoning start-up scene and amazing studio spaces for artists of all kinds. People are choosing to put their roots down here and it is starting to make a difference.

In giving a voice to people and projects such as Kirsty King’s Shared Threads which is the creation of reusable sanitary products for those in developing countries or Katy Radford and Denise Hughes work in conflict research (both in the current issue), there’s a realness to the content that quite often doesn’t exist in publications which are more design-led style over substance. Was striking this balance always a conscious decision from the outset? 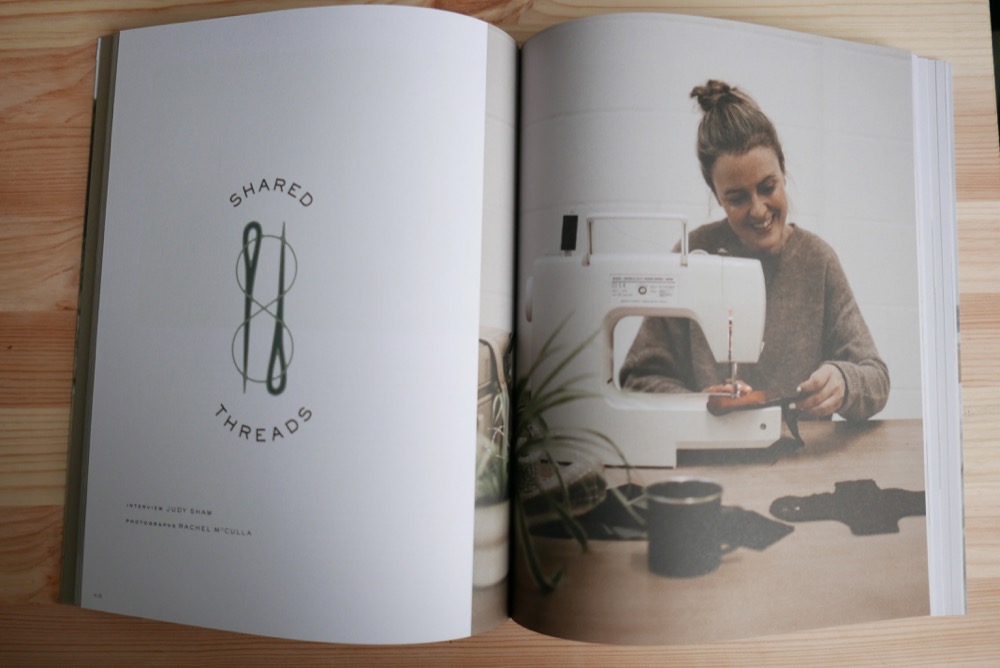 Yes, completely. When I started the project I was a bit frustrated by how much people rely on their social news feeds to gain information. These are great tools, but there are so many people around us with amazing life experience and stories to tell. I think you could talk to anyone you walk past in the street and they could tell you a story that could broaden your perspective. Or an idea that they have which you had never considered. Only the people currently living and working in Ireland at the moment are truly experiencing this unique cultural moment, so it is their stories that we want to tell. We have done many articles with people who are successful in their respective fields – designers, artists, musicians but we also want to tell the story of people who aren’t in the spotlight, as their voice is just as important when creating our project. Real people telling real stories – that is the essence of our project.

Can you discuss the design considerations which go into Turf & Grain such as the cover, typeface and layout? 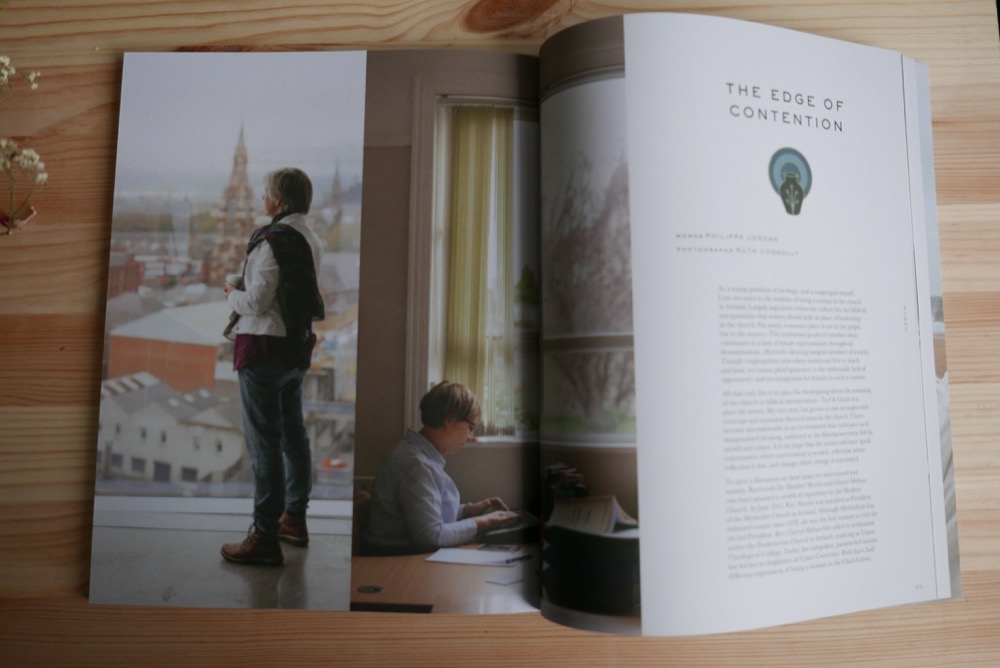 The design aspect of the magazine is something that has really developed as we have made each issue. Each of our issues are really different, and I like that each has its own identity. For Issue Three and Four I started with a colour palette – my Assistant Editor Rachel and I really wanted to have tonal colours for Issue Four – neutrals paired with the distinctive Turf & Grain green. This immediately made me think of White Rocks in Antrim, the beach where we shot the cover for Issue Four. I used the swatch from that shoot to determine the tones throughout the magazine. This informs the photographers for their editing process, our illustrators. Apart from that I just try to keep the design clutter-free without being gratuitously minimal.

What is inspiring you most at the moment about the independent publishing scene?

I think it is still to take off here in Ireland, but globally it is on the resurgence. I think it is part of a wider movement where people are seeking authenticity – be it when purchasing food, coffee, clothing – I think people are increasingly eager to know where the products they buy come from and identify with the message behind them. This is reflected in the shop local movement which is something that I am really on board with. Personally, whenever I see somebody flick through a copy of Turf, I’m just a bit flattered that they have chosen to do so. It’s a novelty that hasn’t faded for me.

Which publications have proven a source of inspiration for Turf & Grain?

I try not to look to much at other magazines when designing Turf & Grain – I love reading and collecting various publications but  I consciously don’t want to copy from other designers. I like to sit down with a blank template and figure it out myself. Designing for me is a really rewarding process – when something I have designed feels right I normally stop playing around further.

What’s next for Turf & Grain? 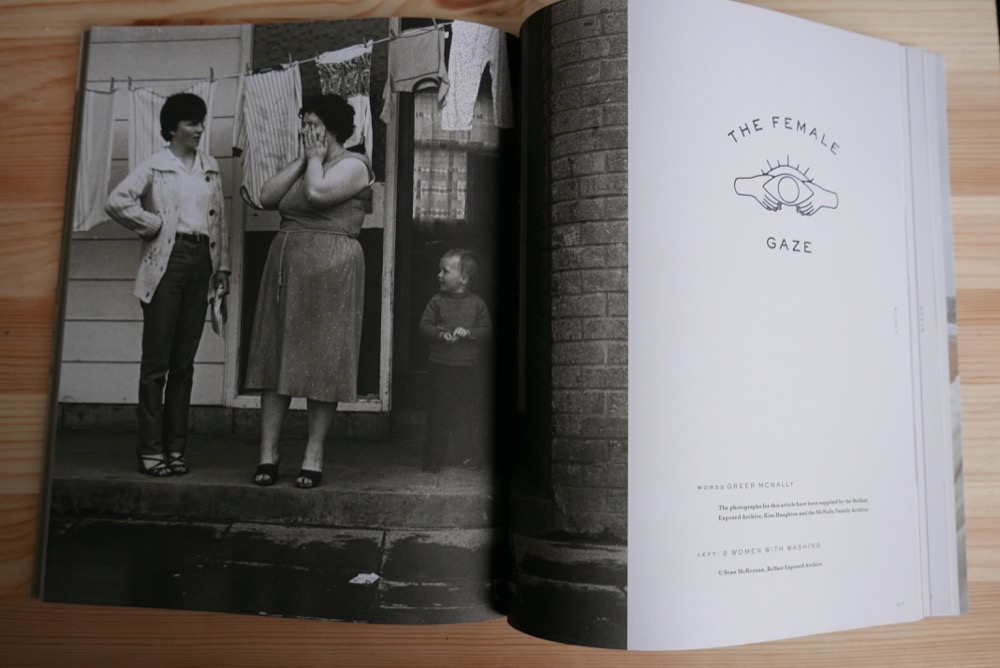 We are taking a bit of a break before making Issue Five: Migration. We have lots of ideas for it but we don’t want to rush. So while we continue to make plans for that, I’m working on a one-off podcast which tells the stories of people that identify as Northern Irish. It is one of those things that many in the north think about but don’t really talk about – so to give that identity a voice with no political agenda is really exciting.