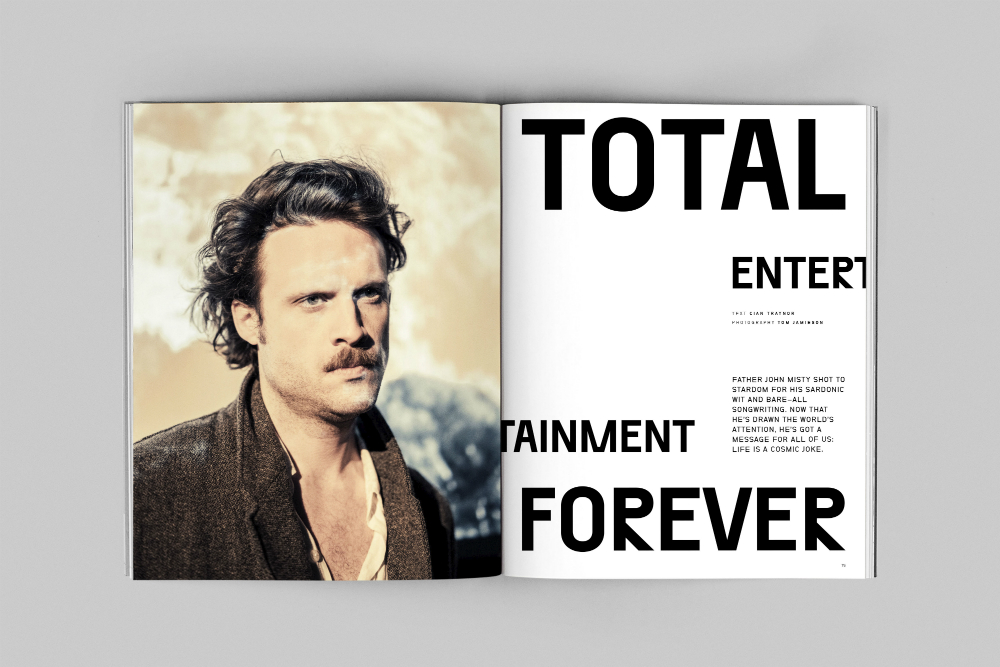 HUCK is a global bi-monthly magazine exploring the many facets of radical culture, be it surf, skate, snow, music, art, activism, pop culture, the environment and the world beyond. We spoke to deputy editor Cian Traynor about it.

You’re the deputy editor at Huck. How did this come about and explain the Irish connections?

I’d been an occasional contributor to Huck during my first stint in London, just after studying journalism at City University London.

I then started working at a knowingly anarchic music newspaper called The Stool Pigeon. Its editor and art director (Phil Hebblethwaite and Mickey Gibbons) used to work for a surf/skate/snow magazine called Adrenaline until it folded and they decided to do their own thing. The Stool Pigeon was put together on a tiny budget in a loft but grew into something significant while remaining completely independent – print deadlines required 25-hour marathon shifts, then the next day Phil and Mickey would hand-deliver 60,000 copies across the UK all by themselves. It became one of those all-consuming pursuits that you learn so much from just by stepping into that whirlwind.

Meanwhile, editors from Adrenaline formed Huck in 2006 – a new independent title still rooted in surf and skate culture, but with a more adventurous outlook. They retained Phil (editor of The Stool Pigeon) as a contributor until about 2009 when he told them they were better off using me instead. 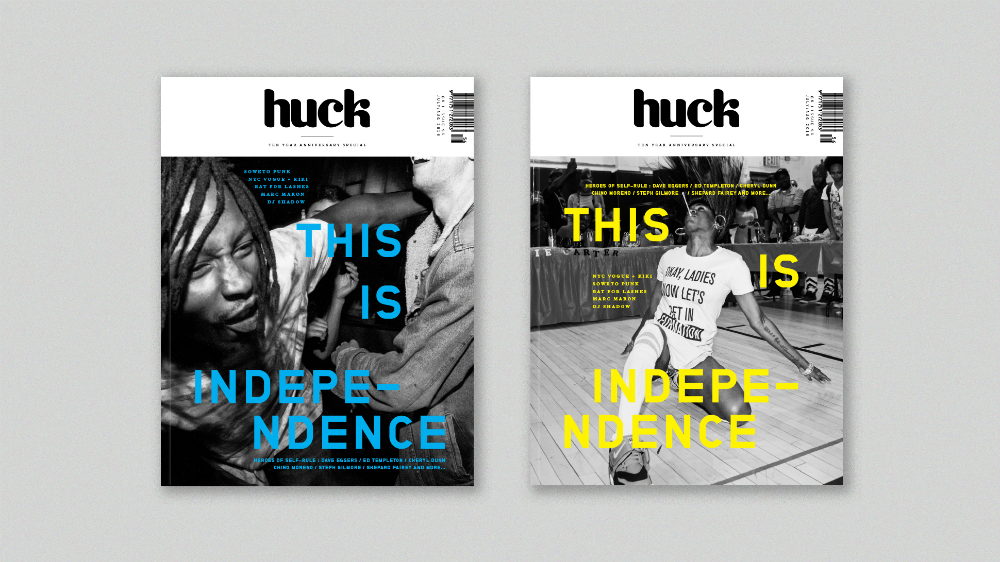 In October 2010, I moved back to Dublin and spent most of the next five years contributing to The Irish Times. That was a great experience but when I was coming up ideas to write about, I felt a bit restricted in what could be covered. The features generally have to be based in Ireland or have an Irish connection. If there’s a celebrity interview, a link to Ireland pops up more often than not. (This is usually well-received, to be fair.) Meanwhile, from a distance, I’d watched as Huck became much more socially conscious, placing huge emphasis on visual storytelling and championing independent culture in unlikely places; it could be an all-female roller-derby in Beirut, the heavy metal scene in Botswana or a graffiti crew in El Salvador. I’m constantly trying to learn more about the world anyway, so when I saw this job advertised after moving back to London in 2015, Huck felt like a good fit.

Give us an idea of the scale and breadth of commissions and work that goes into creating Huck across various platforms? 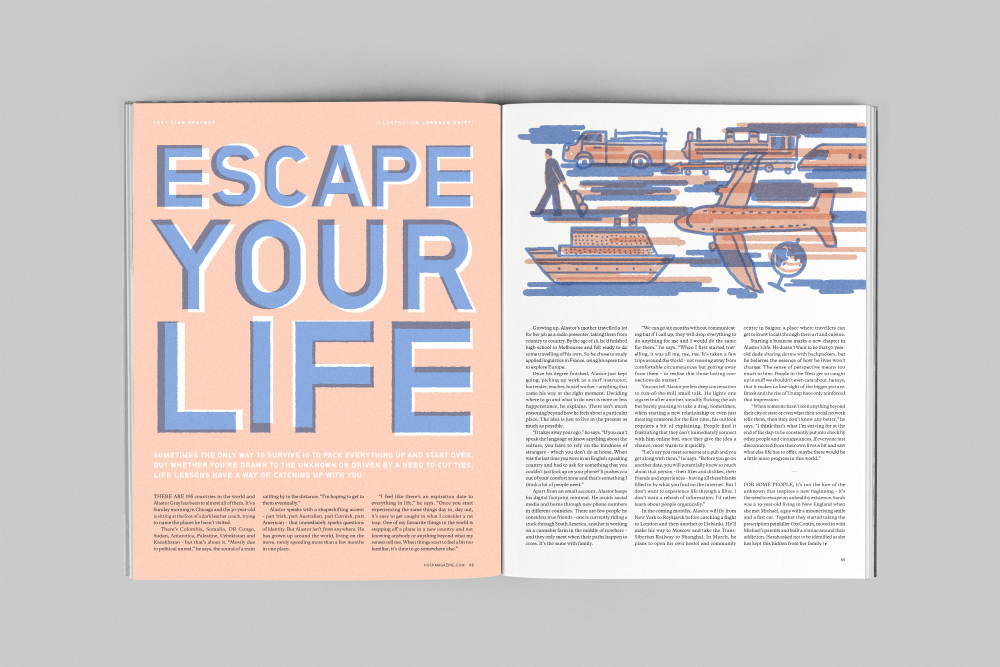 Huck is a fairly small team. We’ve got a news editor who commissions reactive pieces online. We’ve got another digital editor who commissions all things arts-related. We’ve got an editorial assistant who serves as a staff writer and social media planner. We’ve got a brilliant art director (Oliver Stafford) whose time is divided between us and other projects run by our creative agency, TCO. (There’s a Huck book on activism coming out later this year, for example, and Ollie also illustrated the new cover of Little White Lies). Editor-in-chief Andrea Kurland oversees all channels: digital, print, video, events, branding, etc. I look after the day-to-day running of the print magazine, which means planning, commissioning, editing, etc. I also write for the website, take responsibility for the packaging and performance of print articles online, as well as acting as a liaison for brand partnerships.

Every issue of Huck is designed from scratch. As the magazine spotlights emerging subcultures around the world (and we don’t like to repeat the same places), you’re never working with the same pool of contributors. Instead it’s often a case of identifying a scene or a movement in the Philippines, let’s say, and then trying to find the right person who can build that story through their own contacts. Or it might be that someone pitches the kind of piece you never even considered before. I’ll normally compile a spreadsheet of about 70-100 rough ideas per issue, drawing from all sorts of sources (including my colleagues), then put them into categories and whittle them down based on feasibility and balance. 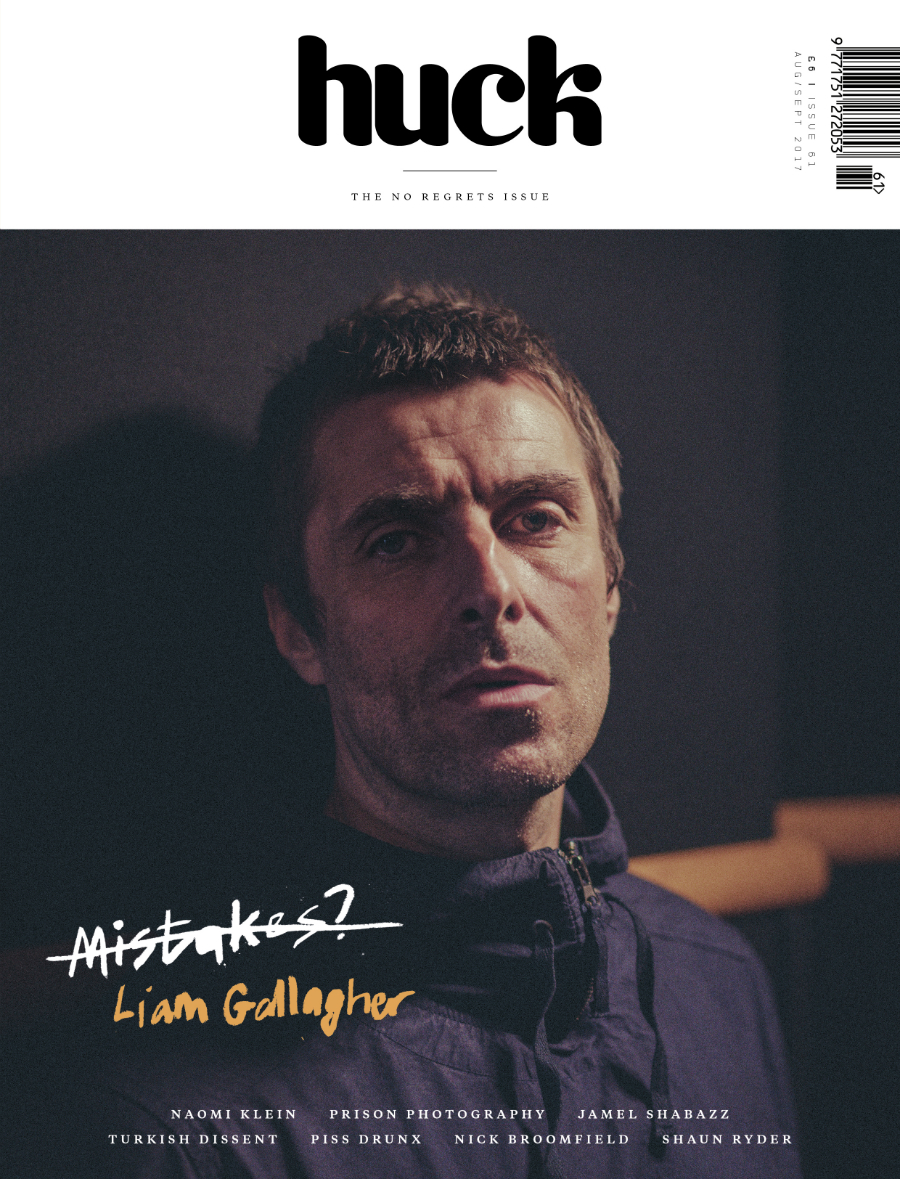 Each issue is themed – Outsider, Offline, Fantasy, Game-Changer. How important is the cohesion of a theme even if it is loosely applied?

The best part of making Huck is that anything is possible. Our pillars are subcultures, photography and activism, which is a pretty broad spectrum. When you flick through the magazine, you might not necessarily pick up on what ties it together at first glance. It’s more about representing an attitude than a demographic. The common denominator is championing independent culture. We’re inspired by people who make things happen for themselves, who reject the status quo through transgressive acts. That can come at any level of society, whether it’s making a film on your phone or organising a protest, so the issue themes help to frame ideas and tie everything together. Balance and cohesion are hugely important – and so is representation. There’s so much going on in the world right now, so many opportunities to learn and have your perspective challenged, that as an editor you have to be mindful of who is telling these stories and how. Our readers generally know how we’ll approach a story but I love the idea that you never quite know what to expect with each issue.

The magazine celebrates cultural outliers and pioneers. Are there any aspects of your own life which fit that bill?

I’ve realised that everyone considers themselves an outsider to some degree, even if you’re a political leader who’s been voted in by millions of people! I think that’s what makes a magazine about cultural outliers and pioneers more relatable than you might expect. Maybe it’s because I’m Irish, but I’ve always been a sucker for an underdog story. I love learning about cult figures, unsung heroes and people who’ve defied the odds. But in my experience of interviewing these mavericks, nobody really identifies in those terms. You do your own thing, which just comes naturally, and once that becomes public you realise if people find it transgressive or not. And it turns out that when you’re a genuine trailblazer, you end up taking a lot of shit. It’s often only later, when the world catches up to your ideas, that the narrative gets reframed. 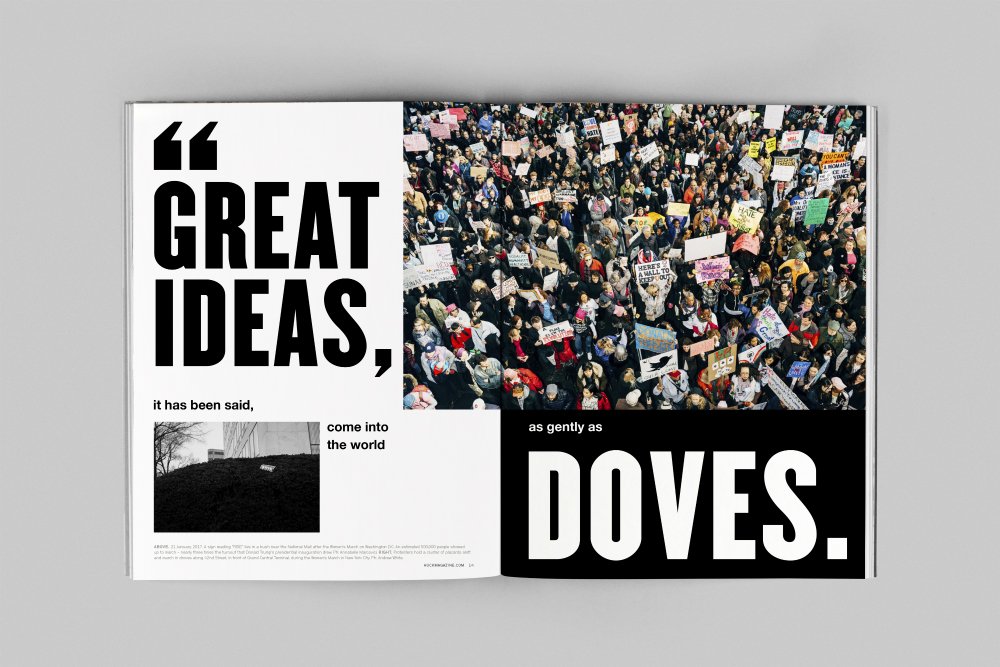 Huck is from the same stable that publishes the acclaimed film magazine Little White Lies. How would you define the power of print in 2018 and the necessary extensions of a brand?

I always say that it’s not enough to do good work; you have to get it out there. Whenever a new issue goes to print, I feel like only half of the work has been done. You can’t just press publish and hope people will find it, like a message in a bottle. Those days are gone. You have to think in terms of transmedia storytelling. Is there an article you’ve commissioned that would work as a short film? Can a beautiful illustration be turned into an animated GIF for Instagram? Could a great interview be expanded into a podcast series? Then you have to utilise platforms much bigger than your own. 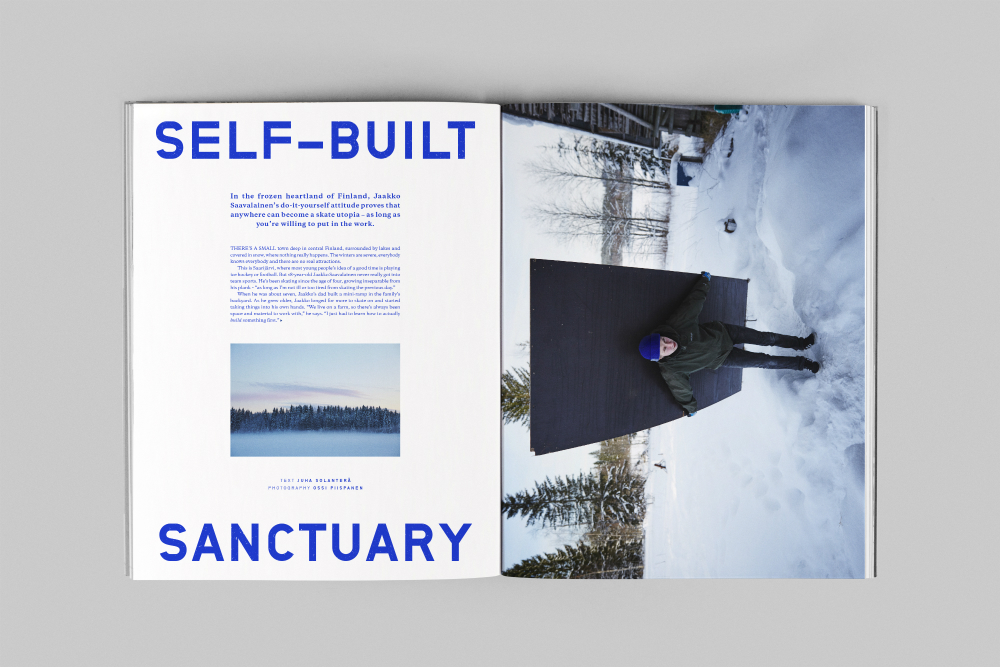 The internet has become a self-cannibalising content monster, so if you’ve made original work that you’re proud of, there will be demand for it. We’re constantly analysing our traffic to see who’s reading what and where it’s being shared, feeding that back into strategies to expand our reach. For every new article, you have to ask yourself, ’Who would be into this? And how can I get it to them?’ It could be a particular online community, an expert with a big following or simply another publication. Recently we had an article about a rooftop climber picked up by the New York Times, for instance, and last year our interview with Liam Gallagher was covered by media outlets all over the world. This is why the role of social media managers is becoming just as coveted (if not more so) than writers and editors. It’s an ever shifting landscape that requires tireless experimentation. 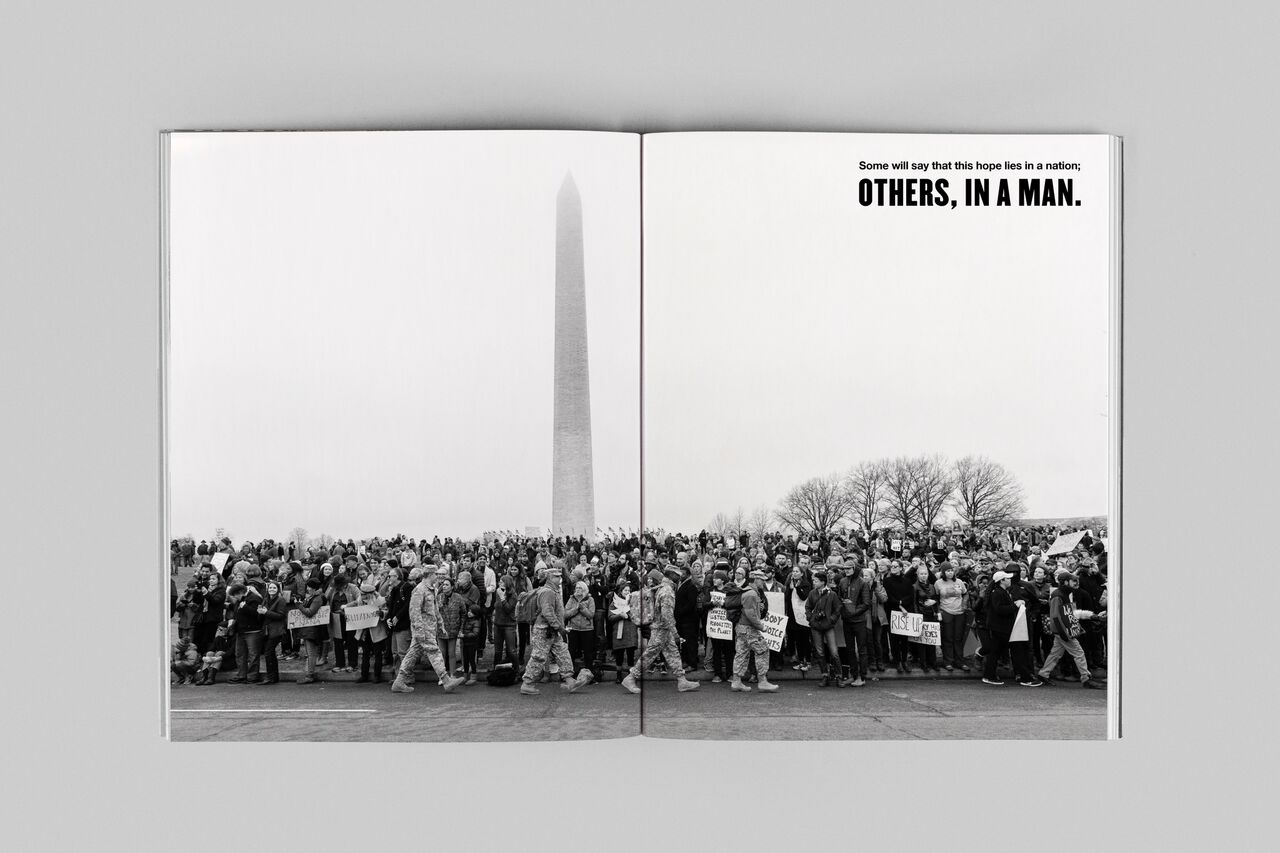 As for print itself, the number of titles may be diminishing but the appeal of having an engaging set of stories in your hands has not. When you pull a copy out to show someone, their eyes light up. When you’re trying to negotiate access for a star interview, it doesn’t matter if your website has millions of visitors – the first thing they they want to know is if it’s going to be in print. That hierarchy of prestige has stuck around for some reason. It’s just not the same when you’re sending someone a link.

Cian will be in conversation about Huck Magazine at Totally Dublin Live, a live version of the magazine, in the Sugar Club on Tuesday March 13, 7.30pm.