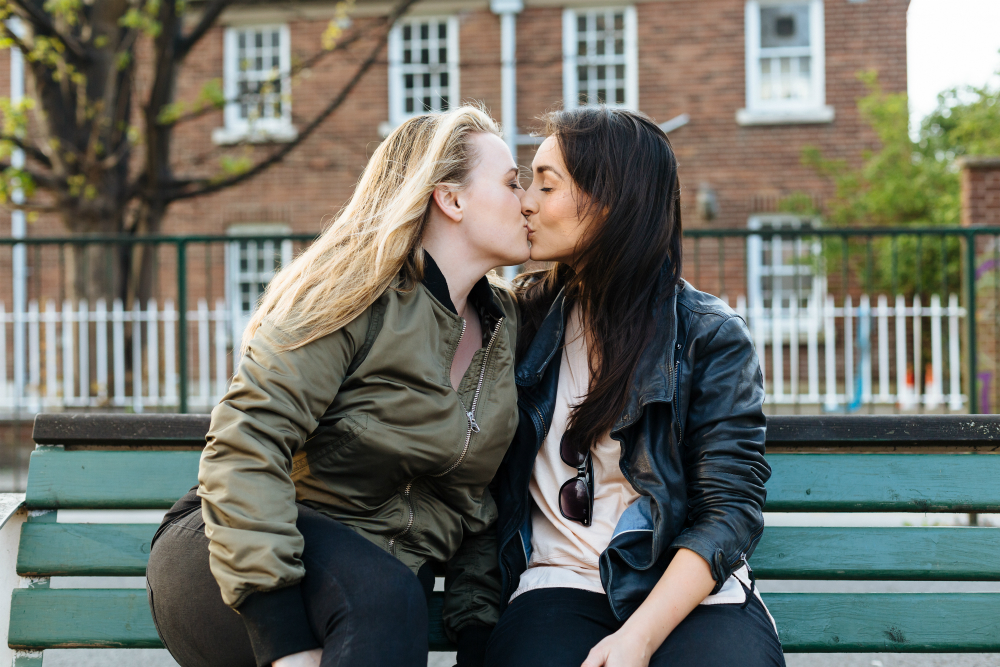 Etain: We’ve been together for ten years. We met through mutual friends and it was instant. I knew straight away it was her.

Michelle: I fell for Etain the first time I saw her. I chased her for months. Etain was in a relationship when I met her and when that ended I had just entered into one. It was a year before we were finally able to get together and we have not looked back since.

E: The biggest stride for gay rights in Ireland was decriminalisation in 1993. Since then, there have been increments – civil partnership was important but not equal. I do feel that in the last couple of years there has been an exponential change in the attitudes of young people. I’m surrounded by 18 to 25 year olds in work (in DIT) and they stopped saying things were ‘gay’ a couple of years ago. It might sound small but for me it signalled change.

M: Obviously decriminalisation was the biggest and most important change and since then there has been a steady improvement. I see the a big difference myself, society has changed, young people are coming out at a younger age, they are no longer confined to gay bars, there is less fear and it is fantastic to see. I am only 29 but I already think about how lucky the next generation are and it will only get better and better with a Yes vote.

E: Everyday some gobshite with bigoted views is given the airspace to talk about why our partnership is not equal, our family is not real, and how damaging it would be if we became parents. Everyday it hurts, and I can’t wait to see the referendum passed to put an end to this abuse.

There’s still a feeling when I meet new people through work, et cetera, that I should drop the prefix for my partner, or feeling reluctant to hold hands with Michelle when I want to. That expectation of homophobia is still there, but for the most part that’s in my head – an illusion built on the screeching voices telling us how wrong we are. Soon to be shattered by a loud Yes vote.

E: I have an unbelievably supportive family. They are awesome. But that doesn’t mean it was easy to come out, it took time to wrap my own head around it. I hope that these barriers are broken down for the next generation.

M: Absolutely. My parents were very traditional and religious and they reacted badly. I came out to them at 20 and was immediately thrown out of the family home. Not too long later they apologised and asked me to come back. They explained to me that it was obviously against their religious beliefs and, because they had never had to do so, they had not questioned it before. The fact that they now knew their daughter was gay forced them to open their mind. It didn’t take them long to see that there was no difference and that my relationship with Etain was just as loving and normal as those of my sisters who were straight. My mom is now our biggest supporter and has been very busy canvassing everyone she meets for a Yes vote!

E: By getting married of course!

M: It will be very emotional for us, I foresee a lot of happy tears being lost in my champagne!