In The Frame: Elements of War – Stephen Johnston 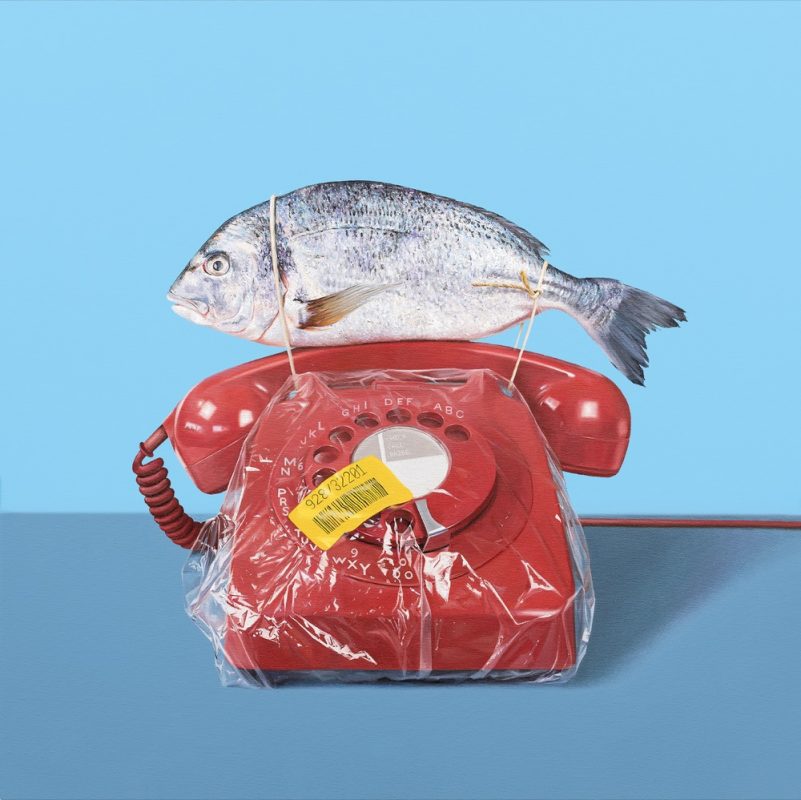 The building blocks of opposition are often revealed when the essential characteristics of armed conflict between different collectives are reduced to their most rudimentary parts. It is these fundamentals of conflict that inform the language of Elements of War.

I have spent the last two years experimenting with some of the key aspects of war in this body of work. It examines the identity of war and the nature of the human spirit when faced with propaganda, communication, adaptation, scarcity, innovation, and friction.

I examine tension-generating elements that lead to war, and also elements of everyday life that are so radically affected by war that it they are fundamentally transformed. Elements of War is not directly about war, or any particular conflict. Rather, it examines the common elements that arise in times of conflict.

Through the course of developing this experimental body of work, the theme of friction was especially prominent. Witnessing dramatically escalating western polarizing political tension over recent years has informed my observations, coupled with a Northern Irish childhood, sensing tensions of identity and mistrust lying semi-dormant under the surface of daily life.

I would describe the style in which I deal with the subject matter as subtly surreal. Juxtaposing recognizable objects with other seemingly random objects highlights observations through reductio ad absurdum.

A fish, A red phone, plastic bag and a barcode. What do they all have in common? Well nothing until you fire them together. 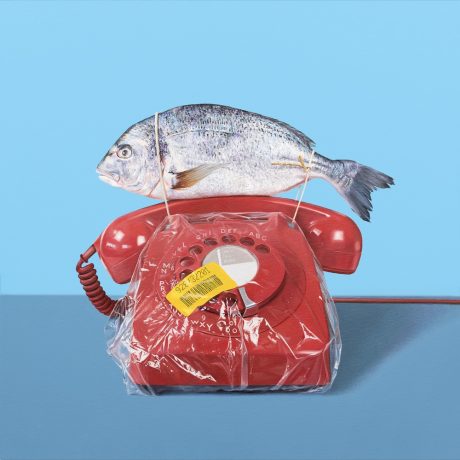 When I think about this work, I think ‘to trust or not to trust’. Does the transparency of leaders words alien with their actions… do ours? Is deception necessary? Is what we are saying, actually what we are saying? Is the environment of communication trustworthy, even when the stakes are nuclearly high.

Bullets, and an old mustard tin, ruminate of a by-gone day of rationing and repurposing. 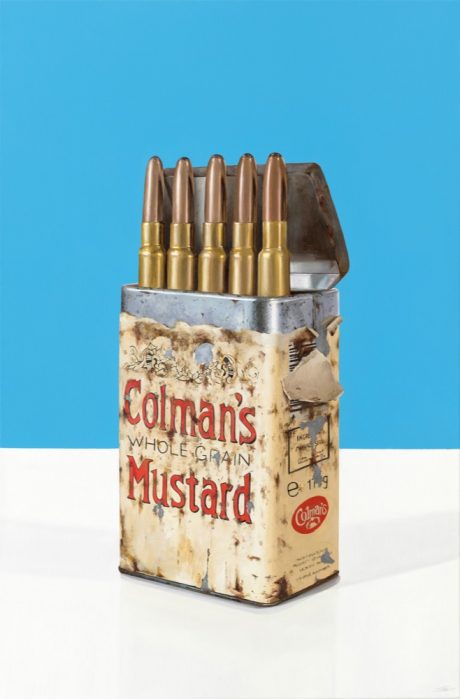 Is it not so with words. Sticks and stones may break our bones… I reflect on the importance of language and its rationing, or lack of it. I ponder what would it be like if we thought of heated words as bullets, and examined their permanence.

Elements of War by artist Stephen Johnston, will be on show at Gormleys Fine Art, 27 Frederick Street South, from Thursday October 10 to Saturday October 26